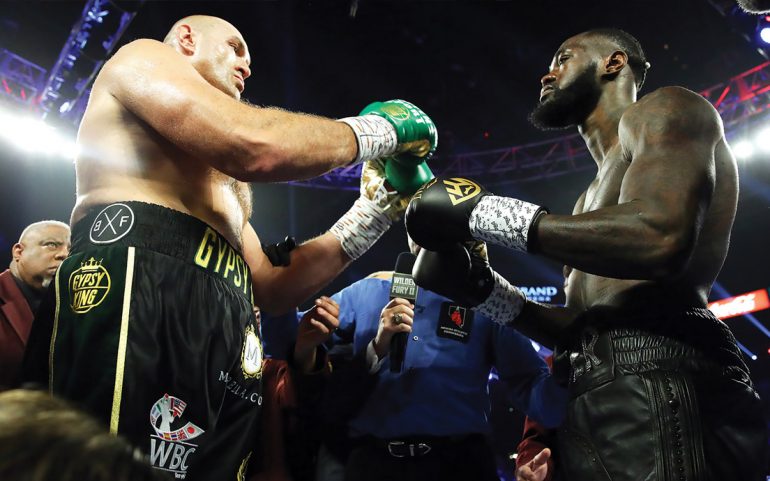 “God damn it. Look what’s happening in the country,” Arum told The Ring. “It probably will be postponed.” Arum told ESPN that the third fight could be pushed back to October at the earliest.

Top Rank was also forced to postpone two cards earlier this month that were both scheduled to take place at the Hulu Theater at Madison Square Garden due to the coronavirus pandemic, which as of Tuesday afternoon, surpassed 380,000 cases globally and has ordered 148.5 million people, nearly half of the U.S. population, to stay at home as a result of the outbreak.

Understandably, Arum is displeased with the impact that the virus has had on his business.

“Do you think I’m the President?” Arum said, when asked what the future holds for his business. “How the f—k do I know?”

In the highly-anticipated sequel, which drew a U.S. heavyweight gate record of $16.9 million, surpassing the record set by the Lewis-Holyfield rematch in 1999, Fury claimed Wilder’s WBC heavyweight title twice after knocking down the previously undefeated fighter twice en-route to a seventh-round stoppage as he was teeing off on Wilder.