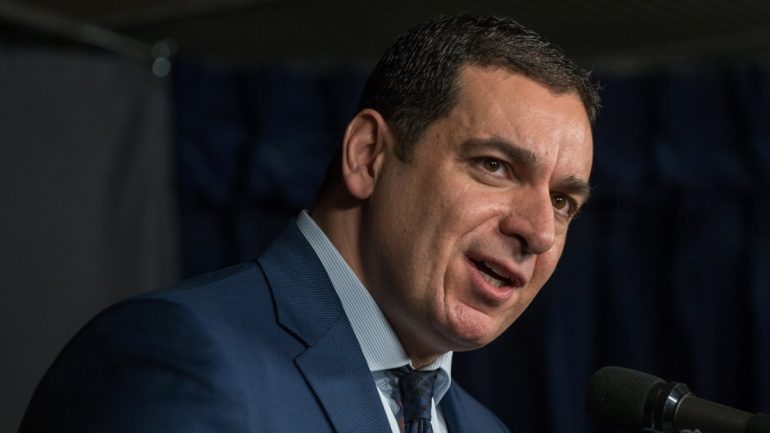 Last week Eye of the Tiger Management were due to promote two shows, one on Thursday featuring the comeback of Steven Butler and another on Saturday headlined by talented prospect Lexson Mathieu.

However, on Wednesday evening the promoter was told both events were cancelled due to COVID-19.

“I got a call from the commission saying both shows are off,” Camille Estephan told The Ring. “We had 16 fights scheduled and we’d just done the weigh in for the fight on Thursday. I was shocked.

“I tried to negotiate and said, ‘I understand, I know the health of the public is most important, but can’t we have these fights without fans? I’m willing to reimburse tickets sold and do it for TV.’ They refused because they were worried about the bodily fluids of the fighters from abroad. So there was no negotiations, they just shut us down.

“It was a huge disappointment for our fighters. I was impressed because they didn’t cry about it, they understand.”

Estephan supports the decision to cancel events and believes things will get worse before they get better.

“We’re going to see, the whole country might shut down,” said Estephan. “Drastic measures; schools [have closed down], even the supreme court of Quebec has closed down. We’ll see what happens.

“I think the Government is doing the right thing. You have to really nip this thing in the bud, otherwise it’s going to get out of hand. We have no choice.”

Being forced to cancel the two shows has had huge implications for the promoter financially.

“We had 16 fights scheduled over the two shows,” Estephan said. “You’re talking about 40 or 50 flights, including their camps and flights are expensive, hotel rooms, all kind of costs. It’s a major loss, it’s something we couldn’t foresee and I can’t blame anyone for that.

“It’s definitely over six figures in loses. Some shows you lose money as a promoter and that’s part of the business. But the major cost here is the cost of opportunity, our fighters didn’t fight, we don’t have wins, there were titles at stake, titles to be defended. We didn’t do any of that. That’s really where it hurts. The fighters had camps for two months. Eight guys made weight and didn’t fight.”

Ever the optimist, the Montreal-based businessman continues to seek opportunity and hopes to provide content during what’s likely to be a huge lull in live sports events.

“From a boxing perspective, I believe there’s going to be an opportunity for us in this crisis,” Estephan explained. “We could be the only sport alive. We’re not in a major league, we could be nimble enough to do a TV show in a studio. I’m looking at that right now, hoping in 30 to 40 days to have a show for television.

“Because of the fact that boxing can be pretty nimble, I’m optimistic. We own our own streaming site called ‘Punching Grace’ and because of that we can make it viable, we can look for an opportunity.

“If it’s the only sport in the world that is happening live, right now, a lot more eyes will be on us that night, which means a lot more subscriptions. That’s why I don’t believe the May 2nd fight (unofficially Canelo Alavarez vs. Billy Joe Saunders) will be cancelled or postponed. I think it’s a great opportunity for DAZN to go out and get all kinds of new subscribers that may never have watched a fight before. In crisis there’s sometimes opportunity.”