Marcos Reyes: ‘I don’t think Steven Butler can hurt me’ 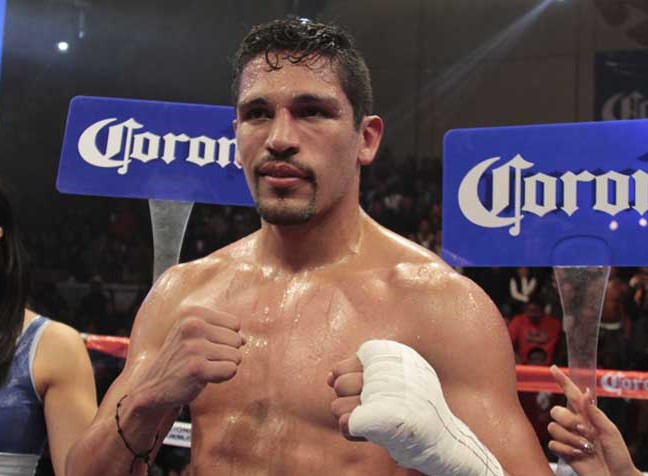 Mexican gatekeeper Marcos Reyes will face hard-hitting Steven Butler in a 164-pound catchweight bout at the Montreal Casino in Montreal on Thursday.

The upset-minded Reyes says he isn’t in Canada to make up the numbers and knows that victory will breathe new life into his career.

“I came here to win,” Reyes (37-8, 28 knockouts) told The Ring on Tuesday at the public workout. “It’s a good opportunity for me. I had very good preparation for this fight. I’m the bigger guy.

“I’m coming off three loses, but this is an opportunity to renew my career. It’s what I’ve got to do Thursday night, I’m going to be reborn.”

The 32-year-old Chihuahua native has watched several of Butler’s fights. He is not intimidated, however, and points to the fact that he extended Butler’s stablemate David Lemieux the full 10-round distance.

“[Butler’s] a big puncher, like Lemieux,” Reyes said. “I fought Lemieux but he didn’t hurt me, and I don’t think Butler can hurt me.”

Reyes grew up poor and began boxing when he was 13. He was a good amateur, winning seven national titles and he also represented Mexico in the Central American games. He went 73-7 in the unpaid ranked before turning over in April 2007.

He has always given a good account of himself and holds wins over Jaime Llanes (TKO 2), Jose Luis Zertuche (TKO 11) and former world title challenger Rogelio Medina (MD 12). However, more recently, he’s found himself in the losing corner against Abraham Han (MD 10), Julio Cesar Chavez (UD 10) and Lemieux (UD 10).

Reyes currently owns and runs his own gym in his hometown and always keeps himself in shape. He has had a month’s notice to work himself into peak condition and had this message for Butler.

“I hope you are prepared because you’re going to know who “Dorado” [Spanish for Golden and also Reyes nickname] is from Chihuahua.” laughed Reyes.