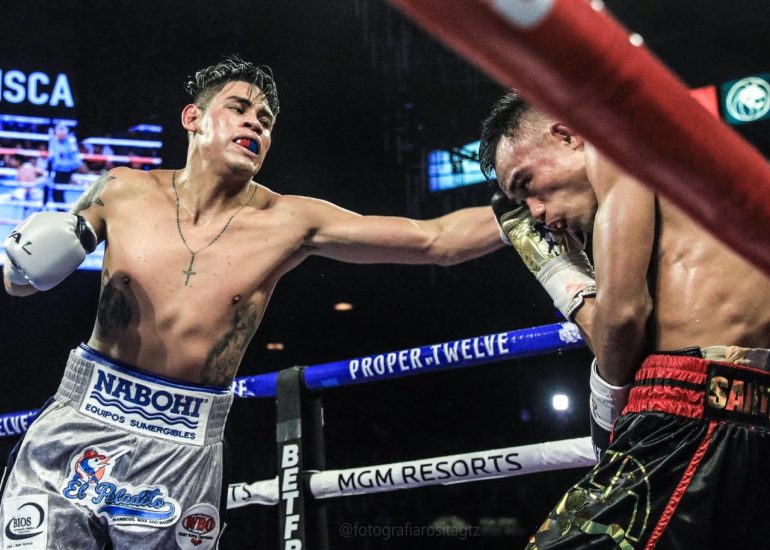 Navarrete, who is rated No. 2 by The Ring at 122 pounds, is currently the most active world titleholder in boxing, making five successful defenses since his upset win over Isaac Dogboe in December 2018.

“I have completed a year as a world champion and it has been fantastic,” Navarrete (31-1, 27 knockouts) told The Ring through his manager Guillermo Brito. “I have fought in New York, Arizona, Los Angeles and twice in Las Vegas.

“[My last fight] was special; my first pay-per-view and on [the undercard of] a big fight like Wilder versus Fury 2. It was a week of many activities but we knew this [going into the fight]. We have to do our gym work and activities in the best way. It was a dream to be in a fight like that. With great pride, I represented my country and the WBO.”

The 25-year-old Navarette was largely happy with his performance against the courageous Filipino challenger.

“Jeo was a very brave boxer,” he said. “He endured a lot of punches, he’s a warrior, but I think his corner should have stopped the fight a round before. It was already a lot of punishment. It was a good fight, I always look for the knockout and I did it.”

However, the defending titleholder admitted that he’d hoped for an earlier stoppage.

“I would have liked the knockout before Round 6, but my body did not respond,” Navarrete said. “I think I was tired and could not recover 100-percent at the weight. I also had pain from Round 5 in my right thumb, so I had to be more patient and work more for the knockout.

“It was a lot of effort to do the weight. I think this will be my last [fight at junior featherweight] because I already achieved my goal of five defenses. I would have liked a unification but I do not think it can happen.”

Navarrete’s manager, Guillermo Brito, was keen to praise his fighter’s professionalism and hopes to secure him a big fight.

“There is no world champion more active than Emanuel Navarrete,” Brito said proudly. “He is a boxer who is always ready, training and keeping fit. He always wants to fight and never says no. He wants to be in the best fights and fight with the best.”

Top Rank’s Vice President of Operations Carl Moretti expects Navarrete to recover from his thumb injury quickly and return in the summer. He believes the best is yet to come in the higher weight classes.

“His physical advantages, work ethic and activity prove he’s the best at 122 pounds,” said Moretti. “A move to featherweight is imminent and that’s where things will get really interesting.

“Can he beat a Josh Warrington or Shakur Stevenson? Those are all interesting and fun fights, but the featherweight and eventually junior lightweight divisions are where we’ll see the better and bigger fights.”