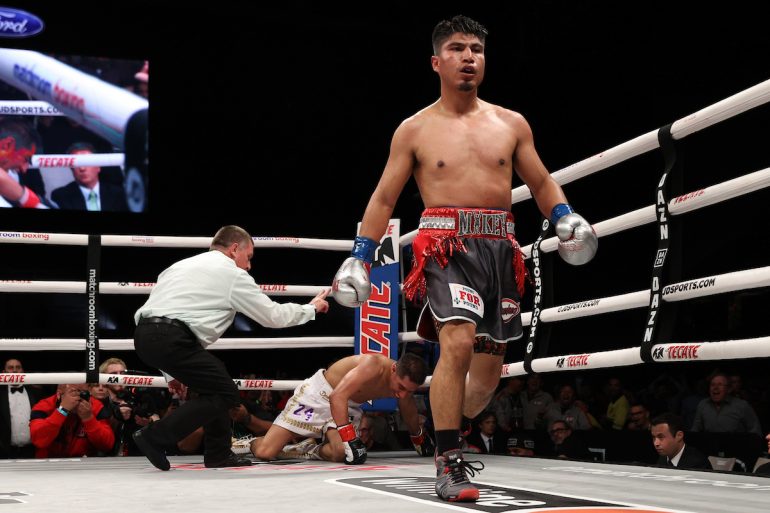 FRISCO, Texas – Mikey Garcia kept insisting to everyone, including his family, that he could compete in and win fights at 147 pounds.

Garcia made more believers than doubters Saturday night, dropping Jessie Vargas once en route to a unanimous decision victory before a partisan crowd at the Ford Center. The fight was his first after a one-sided decision loss to Errol Spence Jr., last March.

Vargas, a former world titleholder at 140 and 147 pounds, was supposed to provide a stiff test for Garcia. The 30-year-old had entered the fight having won his previous four bouts and had only lost to Manny Pacquiao and Timothy Bradley.

Garcia would also have to deal with Vargas’ height and reach advantage throughout the fight, something he admitted gave him problems early on in the fight.

“I did have to make adjustment to his height and reach,” said Garcia, who is trained by his older brother Robert.

After an opening round that Garcia dictated, Vargas began to find his range in round 2, connecting with straight and counter right hands to the head of Garcia. Vargas punctuated the round by landing two lead left hooks to Garcia’s head.

Vargas began to initiate exchanges between the two in Round 3 and the tactic worked. A right hand to the body followed by a barrage of punches sent Garcia back against the ropes towards the end of the round.

Just when it looked like Vargas was finding a rhythm and taking control of the fight, Garcia spectacularly swung momentum his way with less than a minute left in Round 5. A left-right combination from Garcia hurt Vargas, and moments later, a right hand to the head sent Vargas to the canvas. Vargas beat the count, but looked dazed from the impact of the punch, doing enough to hold Garcia off of him until the bell sounded to end the round.

“I started to hurt him,” said Garcia, who himself has won world title belts in four weight classes. “I landed a good right hand that put him down. I jut kept going. I feel that my speed was a factor. I started to pick up the pace and it worked out well.” 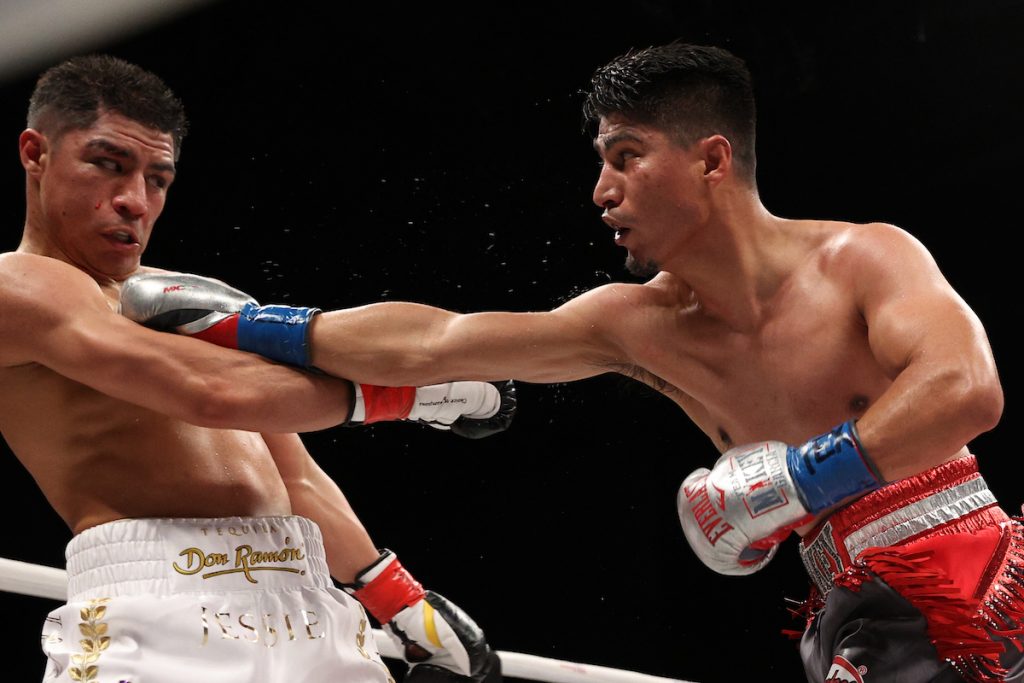 Vargas was hurt again near the end of Round 7. A left hook to the head stunned Vargas, sending him back against the ropes. Garcia rained punches onto a defensive Vargas, but the bell sounded to save him from taking further punishment.

The pace of the fight slowed, which favored Vargas as he was able to fight in spurts. He began working more behind a steady jab in round 10, keeping Garcia at a distance, but hoping to land straight right hands behind his jab.

Sensing he was down on the scorecards, Vargas attempted to close the distance between the two. He looked to land more lead right hands, but Garcia was effective by keeping his distance and throwing and landing the same left-right combination to the head of Vargas.

Garcia was more aggressive in Round 12, closing the distance between the two in an attempt to stop Vargas. He did stun Vargas with a left hook to the head about 30 seconds left in the fight, but Vargas was able to hold on.

Garcia admitted he felt stronger this time around fighting at 147 pounds than in the Spence fight almost a year ago.

“I carried the weight better. It allowed me to perform better. Jessie is a big man, but my talent was able to overcome that.” 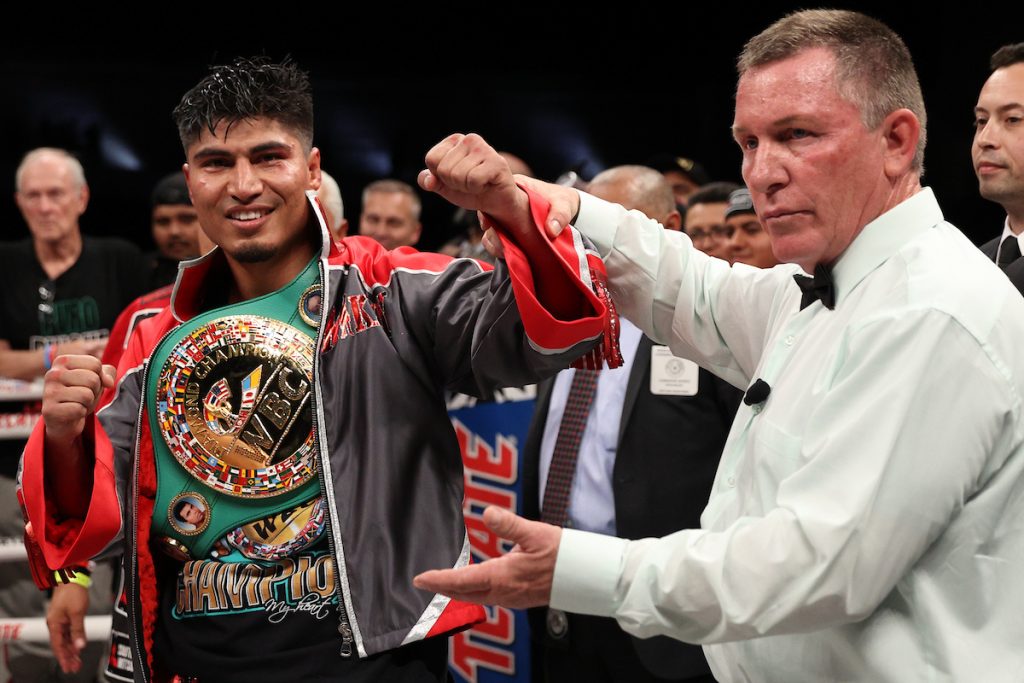 Now that Garcia will likely remain at 147 pounds rather than drop down to junior welterweight, he has his eyes set on the best in the division.

“I think I have great options at 147 pounds. I’d like to fight Manny Pacquiao or get the rematch against Errol Spence. I want to continue fighting at 147 pounds. I think I could be the likely opponent for Manny.”

Vargas (29-3-2, 11 KOs), who resides in Las Vegas, thought he could have fought better Saturday night.

“I got a little overconfident,” said Vargas after the fight. “I thought I hurt him in the fourth. Mikey fought pretty good. His timing is very good.

I didn’t follow guidelines and I’m a little down because I lost. No complaints. I’m going to talk to my promoters and my advisor and we’ll talk about what is next.

“Garcia is a good fighter. He fought well today. He can match with some of the top fighters (in the division).”