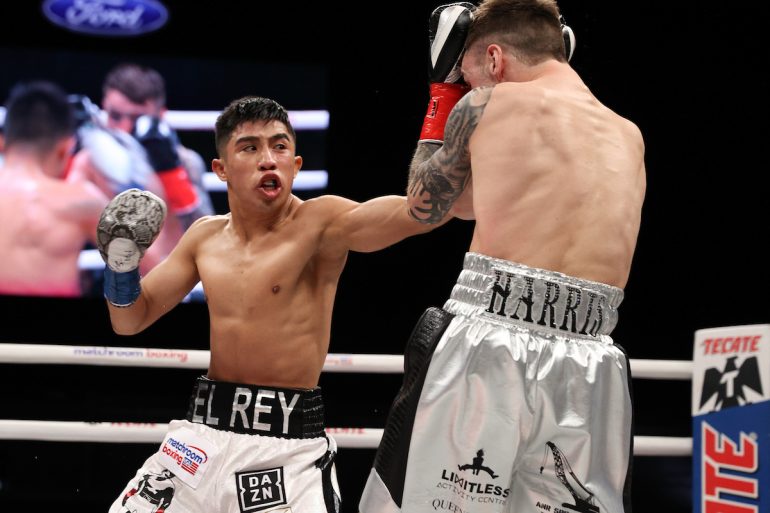 FRISCO, Texas – Julio Cesar Martinez of Mexico City was successful in his first defense of the WBC flyweight title.

Martinez won the WBC title in his last bout on December 20, battering Cristofer Rosales of Nicaragua before the fight was stopped in round 9. Harris was not only fighting for the first time first time outside of the United Kingdom, but was also taking a significant step-up in opposition against Martinez.

From the opening bell, Martinez was on the attack, varying his attack by switching from conventional to southpaw and throwing left-right combinations or lead rights hands to Harris’ head.

Harris held his ground and was able to sneak in a counter left hook or right hand to the head of Martinez. The tactic worked, but that allowed for Martinez to zero in to the body of Harris with left hooks followed by rights to the head.

A cut opened up over the left eye of Harris at the end of round 2, but he continued to stay and fight in the pocket. Both had their moments up until the middle rounds, when Martinez thudding punches began to take their toll on Harris, whose punch dropped significantly in each round.

By round 8, the pace of the fight slowed, which favored Harris by giving him opportunities to fight in spurts. For every punch Harris would land, Martinez would connect with two or three vicious punches to the head and body.

Moments into round 10, Martinez dropped Harris to his knees with a left-right combination to the body. Harris would beat the count, but continued to be game, fighting back and even connecting with an occasional hook and cross later in the round. 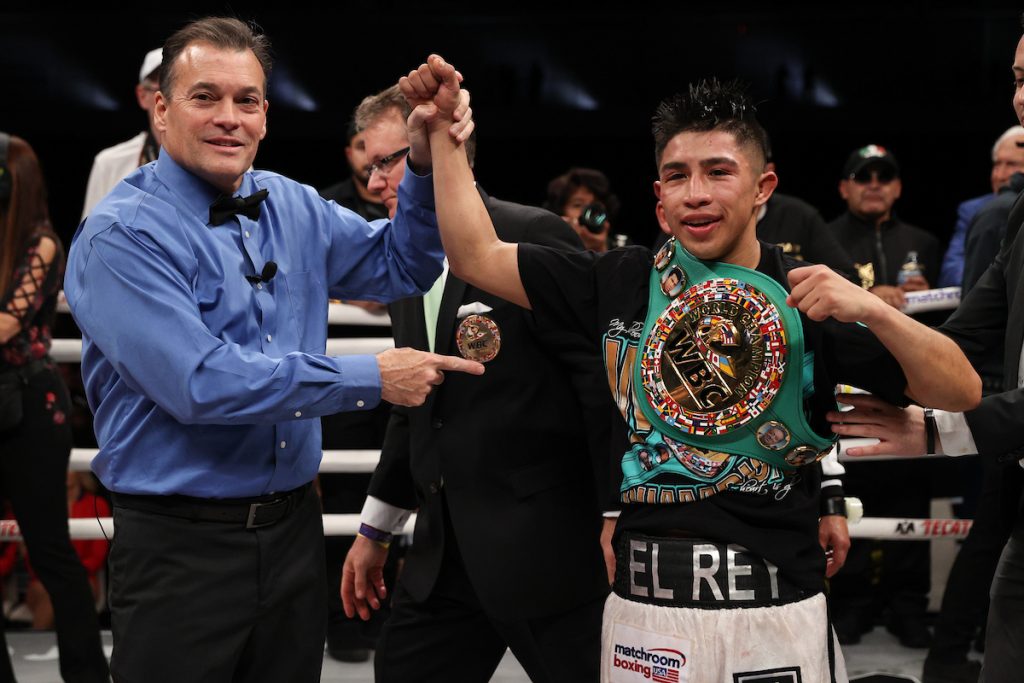 Martinez was content to box during the final two rounds of the fight. Both fighters did throw everything at one another during the final 30 seconds of round 12, giving the partisan crowd at the Ford Center more to cheer.

“I’m happy with my performance,” said Martinez, who is co-trained by Eddy Reynoso. “Harris is a strong fighter. He took a lot of punches. I respect him. There are no excuses though. The short layoff didn’t affect me. It was a great fight.

“I would like to defend my title many times. We would want to unify the titles.”