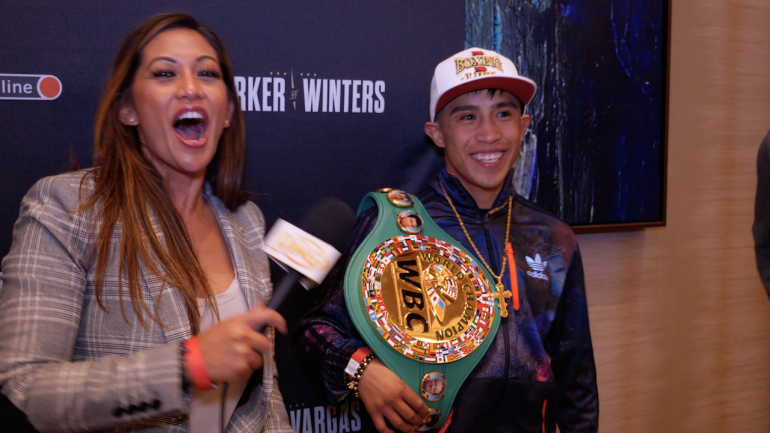 Cynthia Conte speaks with the hard-hitting WBC flyweight titleholder Julio Cesar Martinez (15-1, 12 knockouts), who will be facing undefeated European champion Jay Harris, (17-0, 9 KOs) in his first title defense on the undercard of the Mikey Garcia vs. Jessie Vargas undercard.

The fight will take place at the Ford Center at The Star in Frisco, Texas and will be shown live on DAZN. Martinez talks about the moment he became a world champion, what it’s like to train with Eddy Reynoso and gives a bold prediction for his own fight.