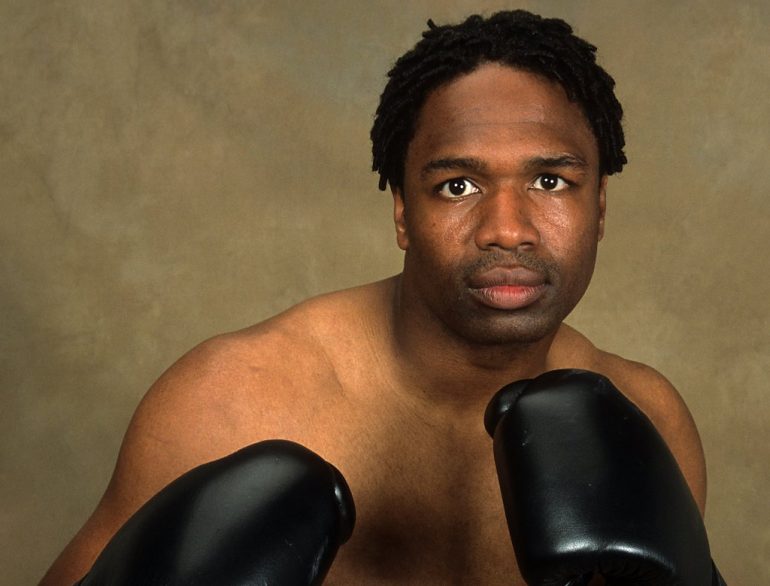 What Chris Byrd lacked in stature he made up for in ability and ring smarts. The super-slick southpaw fought many of the best big men of his generation, winning two versions of the heavyweight title in the 2000s.

Byrd was born in Flint, Michigan on August 15, 1970, into a boxing family. He was the youngest of eight children, all five brothers boxed and so did one sister. It was a family affair; his dad was trainer and his mother was assistant trainer.

“My early years were all boxing,” Byrd told The Ring. “Every weekend we’d go to a show or a tournament, that’s how life was for me. It was all boxing, I didn’t have toys. Boxing was just life.”

Byrd had a highly successful amateur career, going approximately 290-25 and picking up three U.S national championships. He also represented his country as a middleweight at the 1992 Olympics in Barcelona and claimed a silver medal.

“Oh man, I can’t even describe it,” recalled Byrd, who lost to Ariel Hernandez in the final. “It’s the highest point in my career. Making that Olympic team was a dream for me.”

Byrd returned home and eventually made his professional debut in January 1993. However, things didn’t go as planned.

His decision was a bold one – step up to heavyweight. Unlike today where nutrition would be key to bulking up, Byrd did it by eating whatever he could. 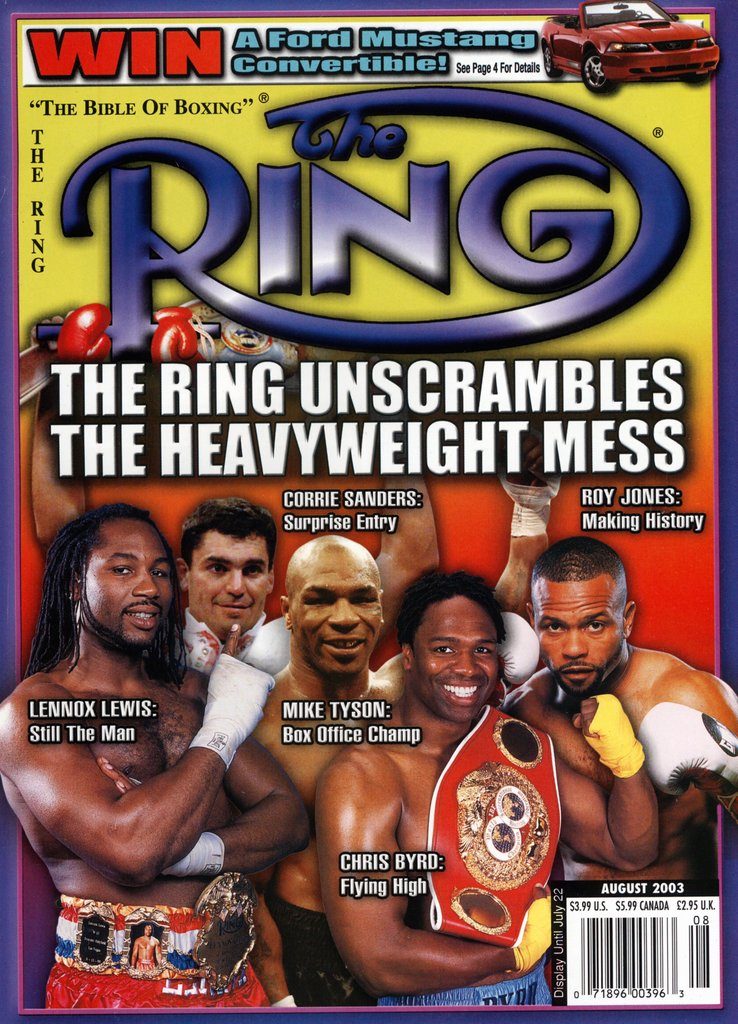 After stopping Jimmy Thunder on his HBO debut he suffered the consequences of his actions.

“I was rushed to hospital because of wheat deficiency,” he said. “I trashed my body, I couldn’t keep the weight up.”

Unperturbed Byrd continued before losing for the first time to rampaging power-puncher Ike Ibeabuchi in March 1999.

“I was like, ‘I don’t care how big he is, this is my chance to break into superstardom at heavyweight,’” Byrd remembered. “I took the fight, but if any heavyweight hit me like that in the course of the fight I’m going down.”

He rebounded with four wins and traveled to Germany for his first title shot against Vitali Klitschko in April 2000. He was losing the battle but won the war when Klitschko retired at the end of the ninth frame with a torn rotator cuff.

“I love the Klitschkos, we’re cool now,” he said. “When you’re a fighter, you don’t quit. In Germany they told me the German press had the fight 5-4, so in his mind the fight was close.”

The new champion returned to Germany six months later to face Vitali’s younger brother, Wladimir, who made his size count, dropping Byrd twice and winning a near shut out.

“That’s how it’s supposed to be,” acknowledged Byrd. “He figured it out, his brother and others didn’t.”

Again Byrd rebounded, besting David Tua to earn a shot at the vacant IBF title against the legendary Evander Holyfield, who he outpointed.

Byrd made four defenses against Fres Oquendo (UD 12), Andrew Golota (D 12), Jameel McCline (SD 12) and DaVarryl Williamson (UD 12). Always eager for a challenge, he gamely travelled back to Germany for a Vladimir Klitschko rematch in April 2006 and surrendered his crown via seventh-round stoppage.

He continued his career but a stoppage loss to Alexander Povetkin signaled the end of his heavyweight run. Byrd knocked off the pounds and dropped down to light heavyweight, where he lost to Shawn George before bowing out in March 2009 with a record of 41-5-1 (22 knockouts).

Since retirement, Byrd has struggled with neuropathy pain, but thankfully, through pain management, his symptoms have improved.

Now 49, Byrd lives in San Diego with his wife, Tracy, and their three children. He stays busy doing motivational speaking, boxing commentary and works with a marijuana company. He also does a boxing podcast.

The former two-time world titleholder graciously took time to speak to The Ring about the best he fought in 10 key categories.

BEST JAB
Wladimir Klitschko: He knew how to keep the distance with the jab and he’s very powerful. It was a strong jab with snap on it. He throws it very well, he throws it accurate to land, not just to throw it out there.

BEST DEFENSE
Fres Oquendo: He’s a slick, awkward guy, has an unorthodox style. He’s just like me, he has a style that opponents aren’t used to.

BEST FOOTWORK
Maurice Harris: Maurice Harris has got to be up there along with Fres Oquendo. I was always the one moving, so it’s hard to say. Holyfield did have good footwork because he cut the ring off really good. I’ll pick Maurice Harris.

BEST HANDSPEED
Harris: He has quick hands to throw combinations and he tried to react, if I threw something. He tries to throw something right back to match the speed.

SMARTEST
Evander Holyfield: He tried to put you in traps. I’m not stupid in the ring, but he tried to trap me in the corner. It was a cat and mouse game. He would take steps both ways to try to trap me. I had to go in my bag of tricks. He used his head at certain times. It was smart stuff and it breaks a guy down in the course of the fight.

STRONGEST
Jameel McCline: That one is really open to debate because everybody was strong. Evander, early, was super strong. I couldn’t get off the ropes against Andrew Golota. Ross Puritty was a big strong guy. Wladimir was so physically strong. I couldn’t move Ike [Ibeabuchi] or David [Tua]. I couldn’t get Jameel McCline off me, he was very strong. I’ll go with Jameel. After I fought him I had nothing left, I could have retired, my performances from there were downhill. It took me three-to-four months to heal, my body was so banged up. Jameel at 270, I weighed 214 in my clothes.

BEST CHIN
David Tua: That’s David Tua and Ike Ibeabuchi. Tua was coming right at you. One thing I did was revert to the body, I wasn’t known as a big puncher, but I got his attention going to the body. But his chin, man, I hit him with a headshot and it didn’t do anything, he barely flinched. I hit Ike Ibeabuchi with everything and he kept walking to me. I’m going to have to go with David. In my opinion both had great chins, but the level of opposition David took it from, he took it from everybody and was never fazed.

BEST PUNCHER
DaVarryl Williamson: He didn’t hit me, but I know who had the best power. People are gonna say, ‘Why DaVarryl?’ He had a ‘Touch of Sleep’, he had Deontay Wilder-type power. If he had been 6-foot-7, he’d have been running things like Wilder. To the media, he’s very underrated, but to the boxers, everybody knows if you get in the ring with him and he touches you, you’re going to sleep. With me, if you hit me right, I’m a middleweight, you’re supposed to knock me out. I really, really tried to avoid everything from him.

BEST BOXING SKILLS
Harris: Lennox Lewis and Mike Tyson were paying him not to spar because they knew he was that good. He could match me in skills and he could punch pretty good. You can ask almost any heavyweight of that era and he’ll tell you, ‘That’s one guy we’re not gonna fight.’ He had that much talent, but he couldn’t put it together in certain fights.