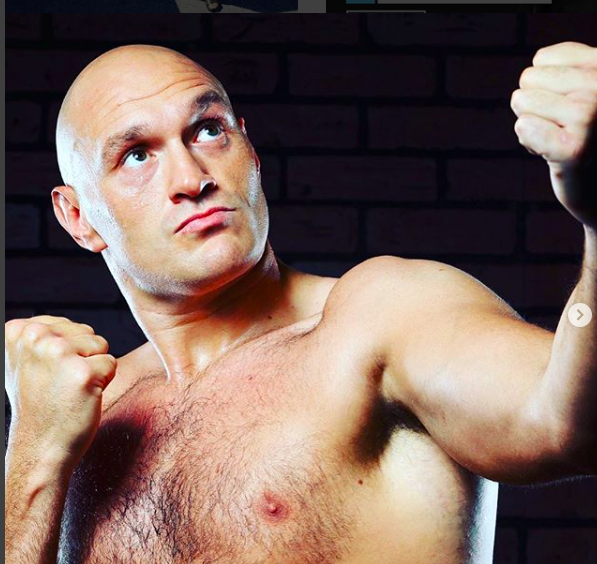 It will be maybe the main question on the minds of many of us hardcore: will Tyson Fury really try to be a different sort of fighter Feb. 22, and abandon the methodology that has made him one of the best known pugilists on the planet?

You have heard him, Fury has said he’s ditching the risk averse style, and he realized that he’d be better suited to get more offensive in this rematch. That’s why he switched out Ben Davison, who worked with him since the Sefer Seferi fight (June 2018) for SugarHill Steward, he said.

That subject came up on the recent conferece call, which had the Gypsy King take queries from boxing media.

Here’s how the 31 year old Traveller handled the topic:

You have 12 rounds of experience against Deontay Wilder, what is the biggest adjustment that you need to make for the sequel?

“The biggest mistake I made last time was not making him pay when he was hurt,” Fury (click to see record) answered. “I didn’t know what I had in the tank last time. I’d never done 12 rounds {in my comeback}. It’s a long time. This time, I know I can do the distance and we’re not getting hurt.

I’ll throw everything but the kitchen sink at him and he won’t know what hit him.”

The 6-9 Top Rank boxer spoke to that switch, which, I admit, has me pondering hard…Does it indicate instability? “I had a good defensive coach, Ben Davison,” Fury said. “We worked a lot on defense every single day for two years. It was defense, defense, defense. So I needed an aggressive trainer. I worked with SugarHill in the past. I knew he was a good guy. I knew we got along well, which is very important. Communication is key to any good relationship, and that’s what I brought him in, and it’s been one of the best decisions I’ve ever made, ever.”

Fury offered more insight, as to why he’d choose to emply different tactics this time around.

“I learned he can be hit, and he can be hurt quite regularly. That’s the biggest thing that I learned about Deontay Wilder,” stated the 29-0-1 fighter, a pro since 2008. “Nothing I didn’t already know. Before I fought him, obviously I didn’t know what he was like in a boxing ring, and after I fought him, I know what he’s like. And I think there’s nothing to worry about. He’s got a big right hand and that’s it. He’s a one-dimensional fighter, and I’m going to prove that on the 22nd of February.”

He was asked, how do we know you ain’t BSing us, predicting the KO, saying you will be looking to finish Wilder..and instead maybe will be even more risk averse, to better ensure staying aloft the whole 12?

“Well, we won’t have to wait long to find out, will we? So it’s not very long to see if I’m bluffing or I’m telling the truth. This is boxing. Many people have done many things in the past, but we’ll see which man wants to back it up.”

Man makes a decent point when he says that the decision rendered in the Dec. 2018 clash (click below to watch)….

…affects his thinking in terms of how to prosecute the case Feb. 22.

“I believe I can outbox Deontay Wilder very, very comfortably, but the fact of the matter is I believe I outboxed him comfortable last time. But it’s no good me believing it. The judges have to believe it, and to guarantee a victory, I’ve got to get a knockout because I don’t want to leave anything unturned this time. I don’t want another controversial decision. I don’t want people to say, “Oh well he won. No, he won, whatever.” I want it to be a defining win either way….One judge (below) had Wilder winning 115-111. 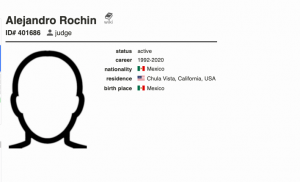 “So I’m not sure what fight that judge was watching, but I’m not a judge and these guys see what they see. That’s their opinion. That’s what they get paid to do, so yeah, but in order to guarantee a victory, I think you’ve got to take it out of anybody’s hands. My own destiny lies in my own two fists.”

I asked Fury, what things has he done in camp, has he tweaked anything, so he will be showing more power? Is he turning his hips more or punching through the target more so?

“Well, let’s just say I’ve been sitting down in the pocket and letting them fly very aggressively and a high volume of them. Let’s just say that.”

Promoter Bob Arum was asked about this go for the KO plan. Wise idea?

“I have confidence in Tyson because there are guys who say they’re going to knock out their opponent, and it’s like a baseball player getting up to the plate and trying to hit a home run when anybody who knows baseball will say that the guy who looks to make contact has a better chance to hit a home run than the guy that’s swinging from his heels,” the 88 year old deal-maker said. “So Tyson is a great boxer, but he has determination to knock out Wilder and he knows that he’s not going to force it and the knockout will come. And that, unlike the first fight, when he gets Wilder into trouble, and Wilder was in trouble at a couple of times in that fight. He’s not going to let him off the hook. He’s going to go for the knockout.”

Talk to me; do YOU think this could actually be Fury’s game plan? I haven’t met a single soul who doesn’t think he’s trying to throw a curveball by announcing his change in game-planning. What do you say?

Michael Woods is a Brooklyn-based fightwriter who also does a podcast for Everlast, and calls fights on the Facebook Fightnight Live series.