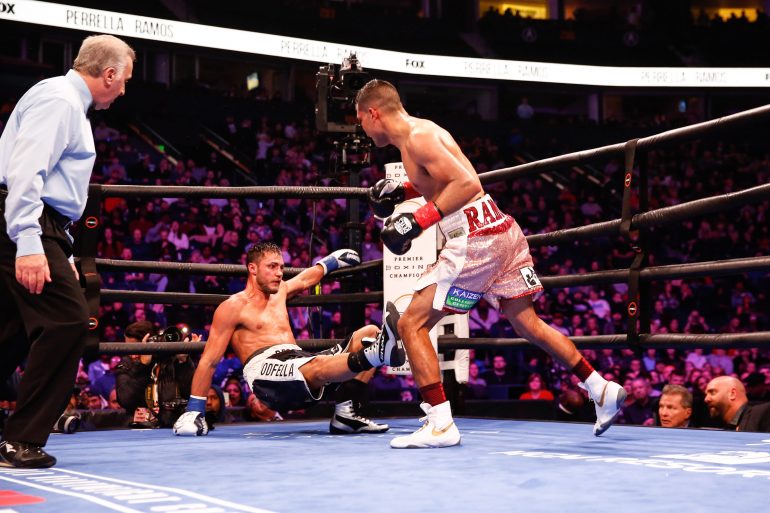 Perrella led by wide scores heading into the final round before being dropped twice and stopped by Ramos. Photo by Stephanie Trapp/TGB Promotions
15
Feb
by Michael Montero

Abel Ramos scored one of the latter, pulling off a come-from-behind victory over Bryant Perrella in Nashville on Saturday night.

For nearly all of the ten-round welterweight bout, Perrella had controlled the action. Then, with less than a minute remaining, Ramos landed a left uppercut flush to the jaw that sent Perrella crashing to the canvas. He made it up, but was in bad shape. Ramos immediately followed up and once again dropped him with an overhand right.

Perrella made it to his feet by the count of three, but was on very unsteady legs. Referee Jack Reiss continued his count to eight, then ordered Perrella to walk to his left, stop and return to him. The Fort Myers, Florida native attempted to obey, but stumbled, prompting Reiss to wave the fight off with exactly one second remaining.

“I’ve watched the Chavez-Taylor a lot of times,” Ramos said. “I never thought I’d be part of something like that. But the fight isn’t over until it’s over. That’s the game.”

Perrella had boxed well throughout, using a mix of solid body punching, effective angles and a stiff jab from the outside to control the pace. Yet Ramos never quit working and Perrella lost focus for just an instant, and it cost him the fight.

“That was like Meldrick Taylor and Julio Cesar Chavez Sr,” Perrella said. “It just happened in the last second. This is boxing. He got the job done. I was rocked, but felt I could continue.” 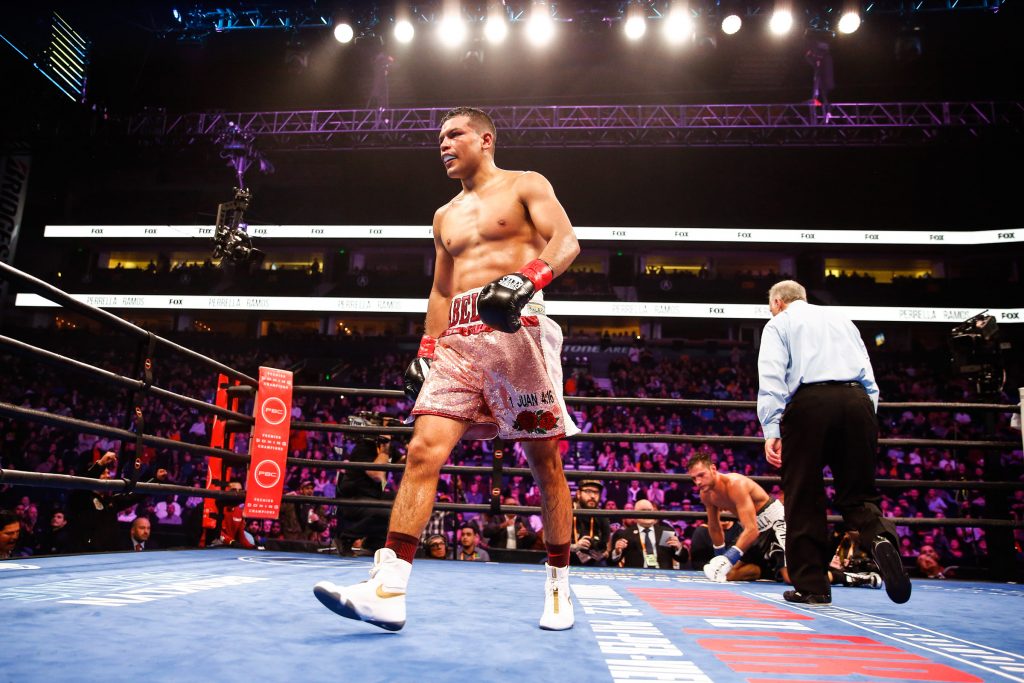 The punch numbers reveal just how one-sided this fight was until the very end. CompuBox credit Perrella with landing 200 of 811 total punches (25%) to just 82 of 367 (22%) for Ramos. Even in the final round Perrella landed 16 punches to only 6 for Ramos.

The bout served as the co-feature on the Plant-Feigenbutz card from Premier Boxing Champions, which was broadcast live on Fox.