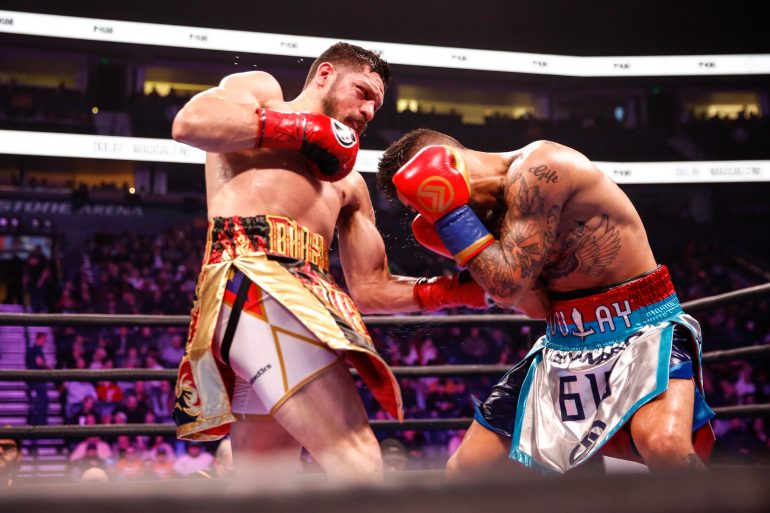 Diego Magdaleno used a combination of veteran experience and some rough stuff to bully, drop and defeat Austin Dulay by unanimous decision Saturday night in Nashville. The judges scored it 97-91 and 96-92 twice for the Las Vegas native, who got back in the win column after a 12-month layoff following a seventh round knockout loss to Teofimo Lopez last February.

“One thing I learned from the previous losses that I had was that I lost my head. I lost the game plan,” said Magdaleno (32-3, 13 knockouts). “Tonight, I took my time. If I attack anyone to the body, they’re going to break down.” 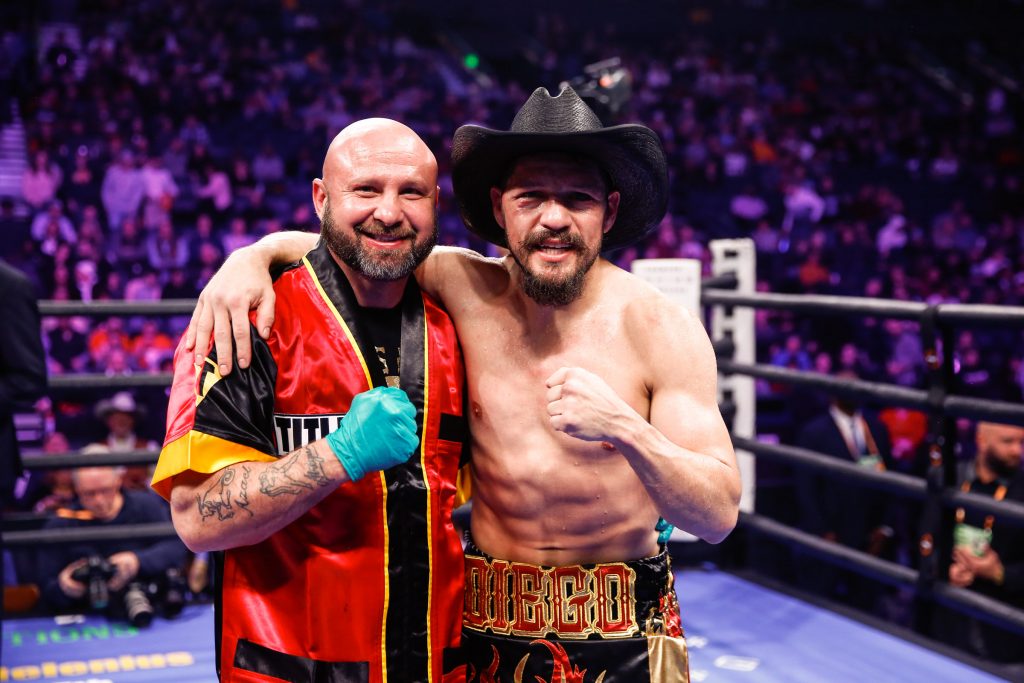 After a quick start from Dulay (13-2, 10 KOs) in the first two rounds, Magdaleno picked up the pace. The two-time former title challenger began digging to Dulay’s midsection and turned the momentum in his favor. The only issue is that some of his punches were straying below the belt line.

A low blow in the final seconds of the fifth round dropped Dulay. Referee Jack Reiss correctly ruled it low and allowed the Nashville native time to recover. A minute into the seventh, a legal body shot to the solar plexus shot dropped Dulay for real. Thirty seconds later however, another blatant low blow put him down again. This time, Reiss took action. He once again allowed Dulay time to recover and took a point from Magdaleno, who he had warned numerous times.

Magdaleno scores a knockdown vs Dulay in Round 7. #PlantFeigenbutz pic.twitter.com/8JRGblNlr5

Magdaleno made sure to keep his punches above the belt from that point on, getting the best of the action down the stretch. Dulay did some good work, particularly in the tenth and final round, but it was too little too late.