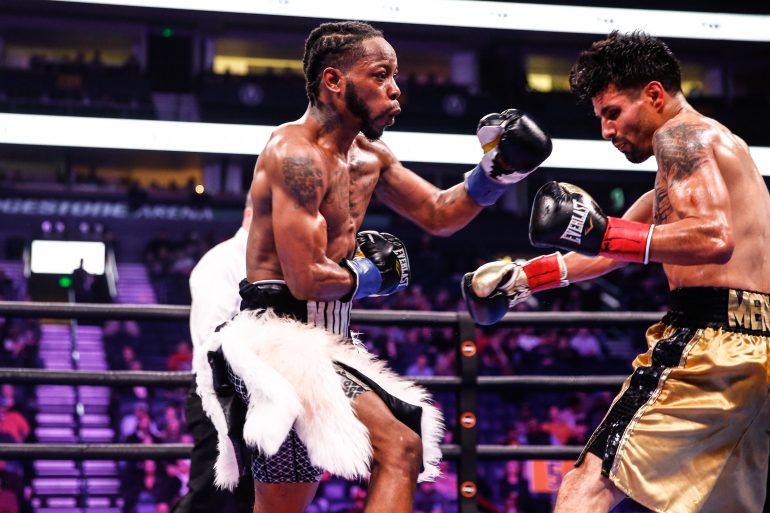 The bout was the third on the undercard of Caleb Plant’s IBF super middleweight world title defense against former secondary 168-titlist Vincent Feigenbutz.

Mendoza got off to a fast start in the opening frame as he landed with a few jabs, but Warren hurt him with a counter right cross and dictated the remainder of what was a fun round.

The second round was mostly quiet, but Warren, once again, was effective at connecting with counters on the inside.

Warren dominated the third round. He danced circles around Mendoza, who was visibly frustrated. Warren used that to his advantage, stopping Mendoza right in his tracks with a beautiful left uppercut on the inside. He continued to tag his foe with counters throughout the round.

Warren (17-3, 4 knockouts), 33, of Cincinnati, Ohio, a former bantamweight world titleholder, followed up with a blistering performance in the fourth round. After an accidental clash of heads opened up a nasty cut on Mendoza’s forehead, time was called, but the temporary delay was motivation for Warren. He went on the attack and battered Mendoza with lefts and rights before the referee called time to have the ringside physician examine Mendoza. But the fight was allowed to continue. 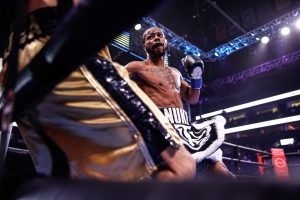 The brisk pace that was established early on in the bout took a dramatic shift, but Warren found his rhythm again late in the sixth when he buzzed Mendoza with a well-timed right-left combination to the dome.

No one can question his heart. Mendoza was getting thoroughly outclassed throughout the fight and bled from his forehead from the fourth round on and never quit.

In the eighth round, Warren ripped Mendoza to the body with lefts and rights and consistently found the target with crisp counter left hands. At one point, it seemed like a video game as Warren continuously threw the same punch, yet nearly all of them were nailing Mendoza square in the face.

It was all Warren in the 10th and final round. He rocked Mendoza with an uppercut then followed it up with a lunging straight left hand that split the guard. Warren then laid against the ropes and utilized his superior head movement to throw off Mendoza, who ended up badly missing the target.

The bout was the first for Warren since Jan. 2019, when he lost a decision to Nordine Oubaali for the vacant WBC bantamweight title.

In the final preliminary bout of the evening, local favorite Tyler Tomlin outpointed Jose Zaragoza over four rounds in the 140-pound division.

Both fighters threw the kitchen sink from the onset. If defense was in their vocabulary, they sure didn’t show it, but the fans approved as they roared in delight. 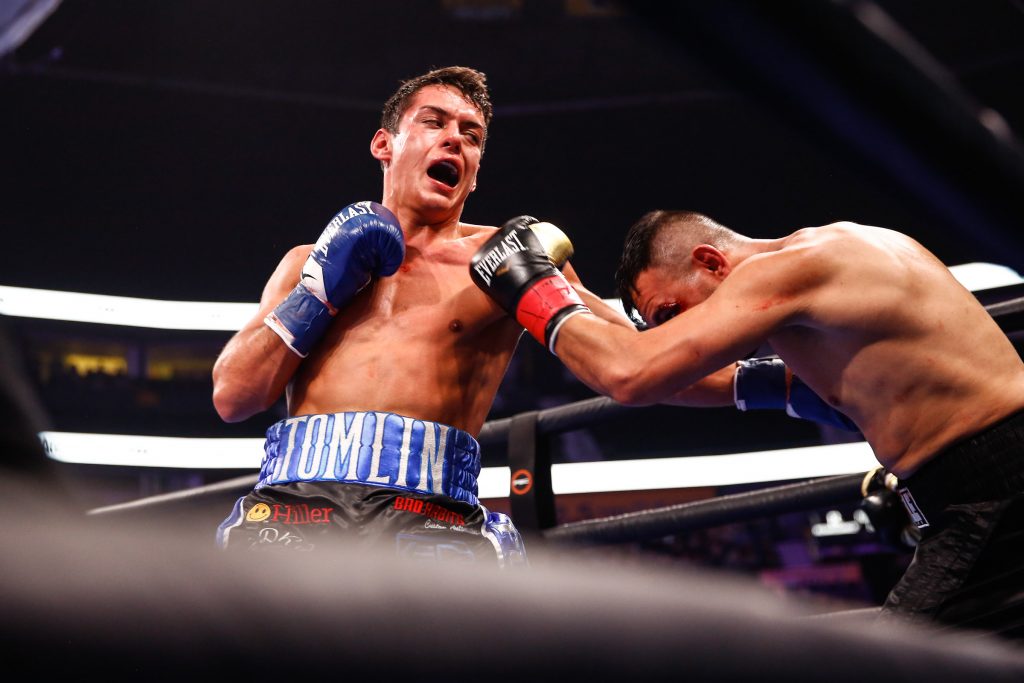 Zaragoza, a Mexico native fighting out of Missouri, suffered a gruesome cut under his right eye in the second round, a product of an accidental head-butt. Both fighters then traded left after right until the final bell. But it was the hometown favorite who impressed the judges, who scored the bout 40-36 for the 20-year-old.

Tomlin, who hails from Ashland City, Tennessee, improved to 3-0 (3 knockouts), while Zaragoza fell to 2-2-1.