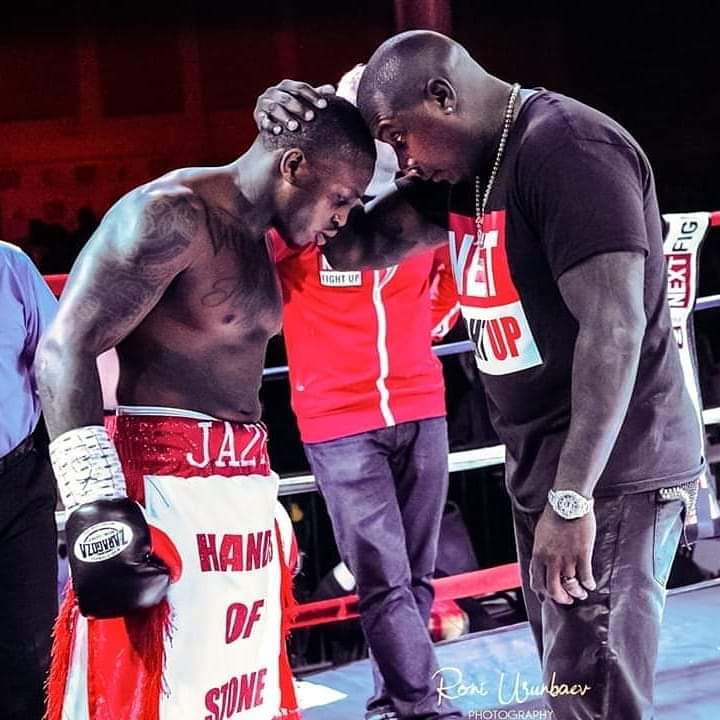 PHILADELPHIA, PA — He needs to know. One day, Jerrico Walton will tell him. He’ll sit his son down, pull up his left leg and explain how the two dime-sized, darkened scars below his knee and just above his ankle came from bullets that tore through him. Jerrico will talk about the time they found his father’s bullet-riddled body so decomposed in the trunk of a stolen red Chevy that the only way he could be identified was by his shoes. And the time his mother pulled him in front of a church to tell him that his father was murdered.

Jerrico will tell his son about the time he shot “B,” the man who killed his father, and how he was staring at a 60-year sentence with bloodshot pallid eyes from crying all night in his jail cell over an act of vengeance. His son will need to know about the times the family bounced from home-to-home, and where they went hurricanes followed, from New Orleans, to Beaumont, Texas. And about the time he waited anxiously for his father to show up for his birthday, Dec. 4, 2007, to get a dirt bike and how the bike nor his dad never arrived.

And maybe, just maybe, Jerrico will be able to tell his son about the night he fought on national TV for the first time and changed all of the ugly, awful things that happened to him.

That’s the chance being afforded the 29-year-old Jerrico Walton, when the undefeated junior welterweight takes on southpaw Montana Love (12-0-1, 6 knockouts) in an eight-round bout on Showtime’s ShoBox: The New Generation Friday night (10 PM ET/PT) from the 2300 Arena in Philadelphia.

Before the streets devoured Jerrico “Hands of Stone” Walton (16-0, 7 KOs), he was never in any kind of trouble. His father, John Sebastian Holmes, was a known New Orleans drug dealer who was a career criminal. Walton would go years without seeing Holmes. Gail Walton, Jerrico’s mother, raised her three children on her own.

She did well for a while, until that fateful morning in March 2007 when Gail felt compelled to tell Jerrico something.

There was a reason why Holmes, who was attempting to clean himself up and severe ties from his dangerous past, never showed up for his birthday.

John Sebastian Holmes ran the streets until the streets finally caught up. Soon, it appeared his son was about to take the same plunge. A life of shots fired. Bodies scattered. Chalk lines over cracked asphalt.

“I remember my mom told me she had something to tell me outside of church,” Jerrico recalled. “That’s when she said, ‘Your father was murdered.’ That changed my whole life. At first, I was like, ‘Wait, what? He ain’t dead.’ I broke down crying. I was a hurt person and hurt people hurt people. I took to the streets.

“I wanted people to feel my hurt. Growing up in New Orleans, we were homeless and just getting our lives together. I was told my father was murdered in front of a church. It took me a long while before I would go back into a church again. I was angry. I joined a gang in Houston, the Gangster Disciples, and I wanted help to avenge my father’s murder. I understand what it means when they hurt people hurt people. I never got the guy’s real name who shot my dad, but I knew who he was.

“I knew I was going to shoot him. I saw him and shot him.”

A few years later, Jerrico had heard “B” was killed himself.

“I was judged a lot when that happened, and I’ll protect my family today, that’s who I am,” said Walton, whose family was displaced and survived Hurricane Katrina in August 2005 and then Hurricane Rita in September 2005 when the Waltons moved to Beaumont, Texas. “They tried to give me 60 years when I was 14. I was a kid looking at my life behind bars. It is kind of funny now, but my mom thought she could sign me out and I would be free. I went in at 14 and got out around 19.”

Walton was sentenced as a juvenile and served four years at the Al Price Juvenile Correctional Facility in Beaumont, Texas.

“I look at everything and how bad it was, but I’ll say this, if my father were still alive, I probably wouldn’t be boxing,” Jerrico said. “I’d probably be a drug dealer like he was, because that’s all he was teaching me, all he had to offer as a father was being a drug dealer. That’s all I knew. I say things happened for a reason.

“When I came home from jail, I was a drug dealer. I began seeing some things, but I started boxing in jail, because I was always in fights. So, I figured I better learn how to fight. I came home to Houston and found a gym, the CDM Association. I train now with Ronnie Shields, and I always say boxing saved my life. But things are still going on around me. My best friend, Byron Williams, was killed right in front of my face last October.”

The whole scene resurrected dormant feelings. Walton had two uncles killed. Now, his best friend of over a decade was shot and killed—and in front of him.

A month later, Walton had an eight-round fight scheduled in Houston.

“That took a lot out of me,” recalled Walton, who has four children, three girls and a boy ranging in age from 9 to 2. “There were so many people I knew who were killed, and I blew up to 190 pounds before my past fight. We had to make it at 154, because I had to lose the weight. It’s why I say I want to be a motivation to people. I’ve been through it. I’ve seen it.

“There’s going to be a day when I’m going to have to sit down with my son and tell him everything. When my son was born, it became real. It’s a blessing to be here. I was shot at, I’ve been shot in my left leg twice. The bullets went in and went out. I have a lot to tell a lot of people. I know I’m going to make it.

“But I managed to find my talent. I survived the streets. I have a lot to tell my two-year-old son. He’s going to get one great story.”