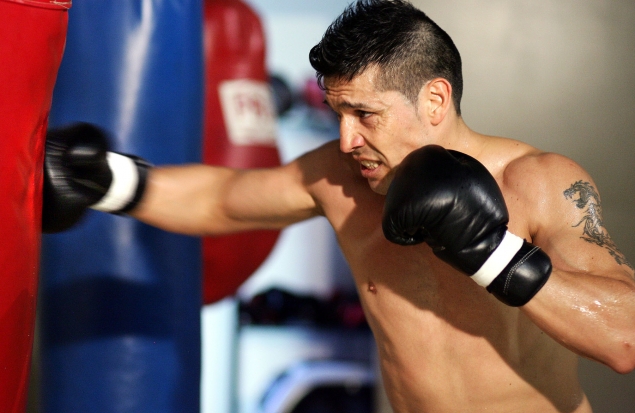 News reached The Ring that former two-division champion Sergio Martinez will return to the ring in Madrid, Spain on June 6 against an opponent to be confirmed.

Like many before him, the lure of boxing has proved too powerful for Martinez to ignore.

Martinez, who is originally from Argentina but now lives in Spain, will have a three-month training camp in the Spanish capital working with a new trainer, Tinín Rodríguez.

“Maravilla” was disappointed with how things went against Cotto and doesn’t want that to be his final fight.

“Boxing is my life,” he explained. “Everything was wrong in my last fight against Cotto: training camp, the injuries, my knee. Now I am feeling really good and my knees are better. All these years of rest were very good for my knees and elbows.

“I was training to do the rematch against (Julio Cesar) Chávez (Jr.) but he let me down at the last minute [November 17, 2018]. Since then I’ve been training for a fight. None of the big names want to face me and this is why I will make a comeback in a small show in Spain. We don’t have too much of a budget but, for sure, the opponent will be a tough one.”

During what will likely be a Hall of Fame career, Martinez won the WBC junior middleweight title in 2009. However, it was when he stepped up to middleweight and unseated Kelly Pavlik to become Ring Magazine, WBC and WBO 160-pound titleholder in 2010 that he received the accolades that his skills so richly deserved. At his best, Martinez was rated among the best pound-for-pound fighters in the world.