Vincent Feigenbutz: ‘Caleb Plant is the best boxer from the super middleweight division’ 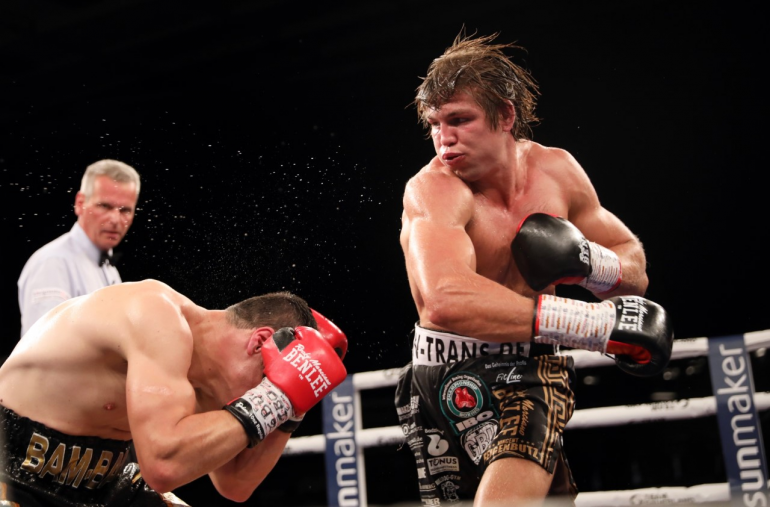 Power-punching Vincent Feigenbutz will make a bold attempt to unseat IBF super middleweight titleholder Caleb Plant in the PBC headline event at the Bridgestone Arena in Nashville, Tennessee on Saturday.

Feigenbutz (31-2, 28 knockouts) has great respect for Plant’s ability but believes he has what it takes to spring the upset.

“Caleb is the best boxer from the super middleweight division – he is fast and furious,” Feigenbutz told The Ring through Christoph Wulf of Sauerland Event. “It is a great honor for my team and myself coming to the U.S. to challenge Caleb in his hometown of Nashville.

“Caleb Plant is almost a perfect boxer. I guess I am coming over as an underdog and Caleb is the huge favourite for this world title fight, but in boxing you always have a chance. We will try to capitalize on his weaknesses, but we will not talk about them beforehand.”

The 24-year-old from Karlsruhe turned professional at 16 without any amateur fights, but he isn’t overawed by the prospect of fighting for the world title in Plant’s backyard.

“I am a huge fan of America and its people,” Feigenbutz said excitedly. “It has always been a dream to fight there for a world title.

“Nashville is a great city with an amazing history, from what I have heard and read, so hopefully Caleb and myself can put down a historic fight in the Bridgestone Arena.” 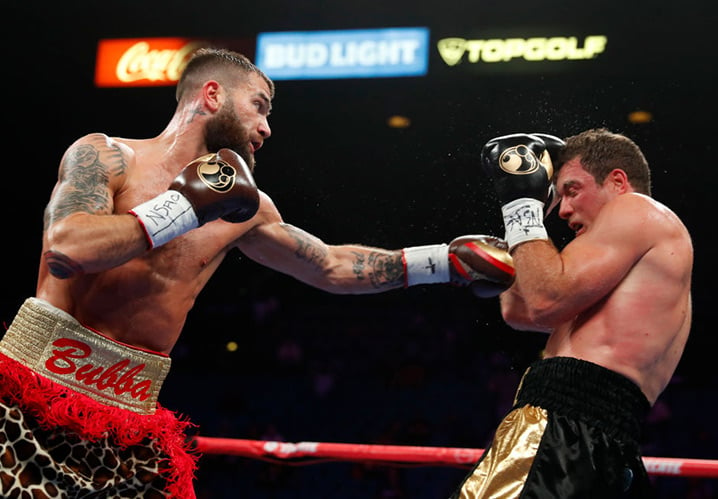 Plant turned professional in 2014 after a solid amateur career. The 27-year-old quietly went about his business, moving through the ranks, until he met Jose Uzcategui for the IBF 168-pound title in January 2019. “Sweethands” dropped the defending champion twice and boxed his way to a unanimous decision. Plant (19-0, 11 KOs) has made one defense; a comfortable third -round stoppage of Mike Lee.

Nisse Sauerland of Sauerland Event, who also promote rising stars Abass Baraou, Leon Bunn, Patrick Wojcicki, Denis Radovan and Sophie Alisch, knows that while Germany is in a slump at world level, a strong showing from Feigenbutz could kick-start a new era.

“As everyone knows, German boxing doesn’t have as many global stars as yesteryear,” said Sauerland. “But Vincent is spearheading the next generation of German boxers. Vincent is ranked in the top five with three of the governing bodies and his all-action, heavy-handed style is exactly what’s needed to introduce a new generation of boxing fans.

“We expect fair judging, but we know how difficult it is going into an American’s backyard and looking to get a decision.

“Vincent has to go there and rip the title from Plant and that’s exactly what we intend on doing. He won the WBA ‘regular’ super middleweight world title with a third-round KO when he was just 20 years old in front of thousands of fans, so pressure won’t be an issue. It’s time for the ‘KO King’ to introduce himself to the world.”

Feigenbutz, who has trained near his home region in the south of Germany and also in the Slovenian mountains under the tutelage of Kosta Padoulitis and Eduard Michel, was steadfast with his words and offered a warning to Team Plant.

“I am not a journeyman like Mike Lee,” he said defiantly. “I am thrilled to showcase myself to the American people and I won’t disappoint them.

“I am a real German warrior and I will fight until the death. It has been my dream to fight in the U.S. for a world title, and I will leave everything I have in the ring. I am coming to Nashville to take that IBF belt back to Germany.”

Plant-Feigenbutz plus undercard action will be broadcast live on PBC on FOX.