Kell Brook: ‘Whatever Mark DeLuca does on Saturday, I will have an answer’ 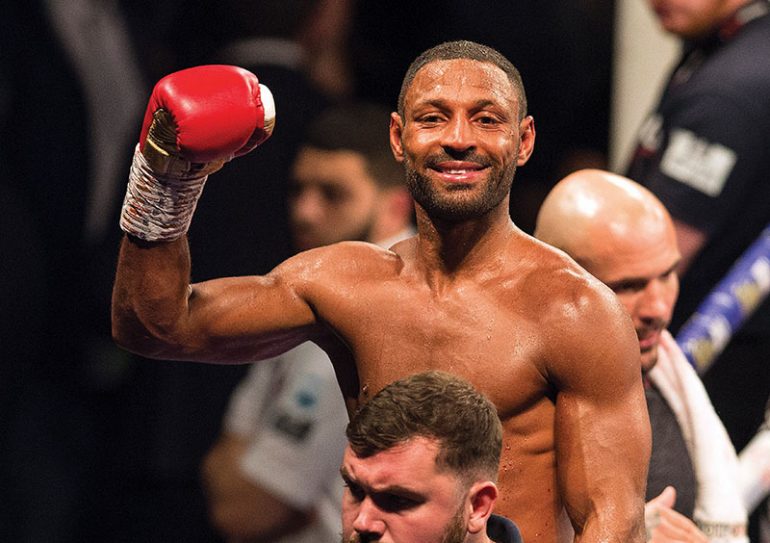 Over a long career a professional boxer is likely to attempt some kind of reinvention. A poor performance may trigger a change of style. A loss may initiate a change of trainer. A lack of motivation may lead a fighter to walk away and re-evaluate their position in the toughest of sports.

Former IBF welterweight titleholder Kell Brook was last seen in a prize ring on December 8, 2018 in his home city of Sheffield, England. That night, the talented boxer-puncher labored his way to a 12-round unanimous decision over Australia’s Michael Zerafa and looked a far cry from the fighter that upset Shawn Porter for the title in 2014.

Since Brook’s title win and three subsequent defenses, there has been only adversity and distraction. There was injury and defeat to Gennadiy Golovkin and Errol Spence Jr. There was too much nightlife between fights. There were too many fights falling through. There was just too much disappointment and, finally, it all become too much for a man who has dedicated himself to boxing since he was a child. The sport he loved had become a chore.

“I forgot all about boxing, and I’ve just been enjoying my life, enjoying my kids and having the odd holiday here and there,” Brook told The Ring in relation to his 14-month layoff, the longest of his career.

“I went to the (Terence) Crawford-(Amir) Khan fight expecting Crawford to win, which he did, and I’d hoped to make that fight but it didn’t come off. I was trying to make the big fights, it’s just that nothing came to me. What can I do? The fire wasn’t lit and burning like it is now. At that time, I didn’t think there was any point in going to the gym and killing myself. For what? I want to be excited and push myself. I’ve been in with Golovkin, Spence and Porter. I’ve been world champion and I’ve been in there with the royalty in boxing. If it’s not names like that, then how can I get excited about anything else?” 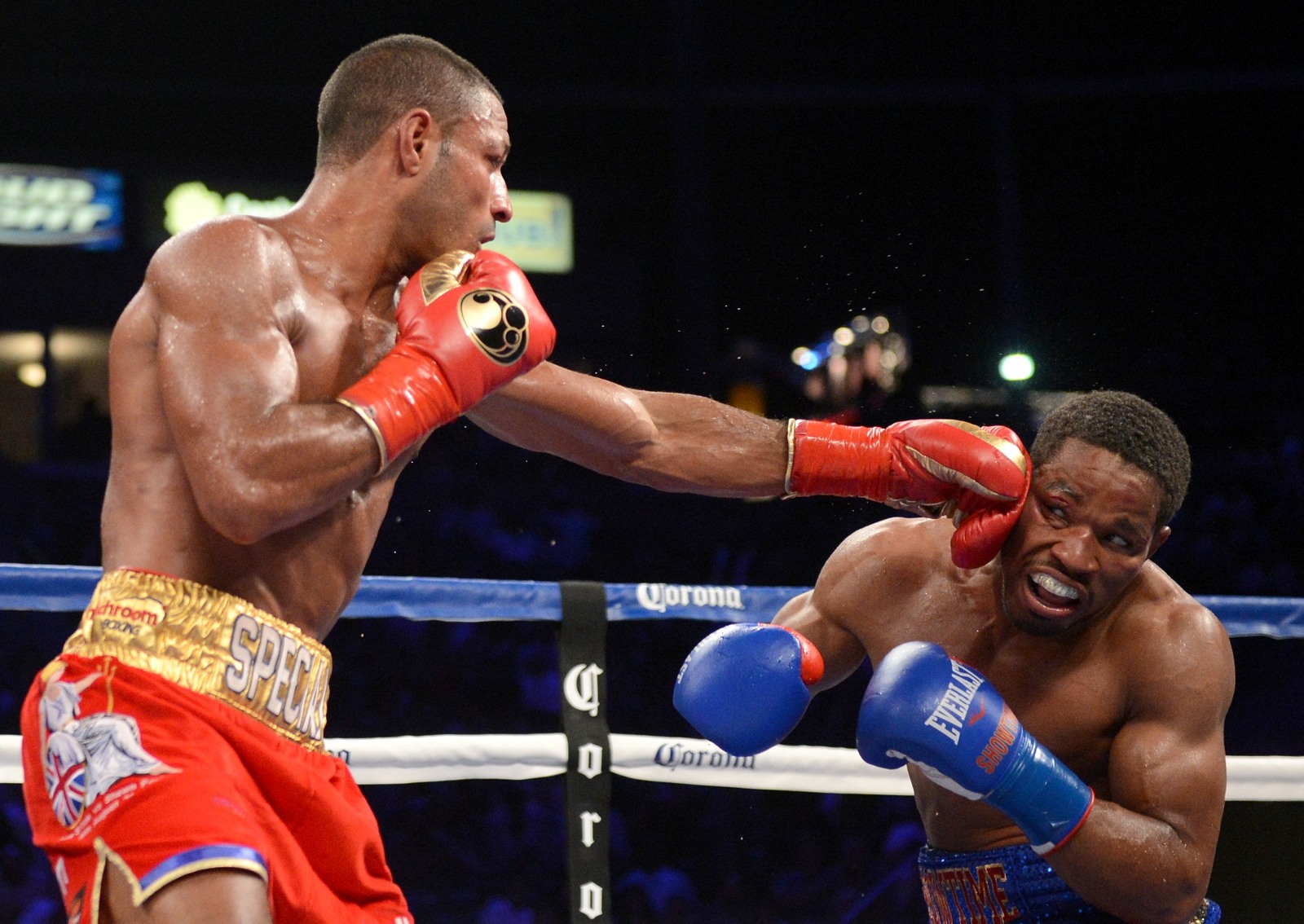 Brook (left) on his way to winning the title from Shawn Porter, Photo by Naoki Fukuda

Brook (38-2, 26 knockouts) was clearly struggling for motivation throughout the majority of 2019 and required a life-changing turnaround. The Sheffield star is now convinced that he’s found it and feels all the better for it.

“I feel very spiritual, very close to God Almighty, and I feel that I’m here for a reason,” Brook said in earnest. “That’s never happened to me in my life, and I don’t want to hang my gloves up without giving this sport my absolute all.

“I’ve been speaking with a guy that used to box out of our gym called Damon Hague. He wasn’t the very best fighter, but one thing he did was give the sport everything he had and he can live at peace. I can’t do that because I’ve never given the sport 100 percent. I’m now at 100 percent and win, lose or draw, I’ll know that I can walk away and say I gave it my absolute best. There won’t be any ‘what ifs’. What if I didn’t cheat on my diet? What if I didn’t drink alcohol weeks out from a fight? I’m living the perfect life.

“I don’t think I’ve ever been in better shape, but it’s not really about that. I’m definitely very fit, but it’s the way my mind is, the way my spirit is and knowing that I’ve been on weight for so long. I can perform in the gym rather than focus on taking off pounds and pounds each week. I’ve been on weight for a long time, so I’ve been able to work on my boxing rather than focus on losing weight.”

If Brook is back to his best form – or better – then that’s ominous news for his next opponent, Mark DeLuca. The 31-year-old southpaw from Quincy, Massachusetts takes on the former welterweight titleholder at the Sheffield Arena on Saturday and he’s a prohibitive underdog. However, regardless of the odds, Brook maintains that he’s left no stone unturned in training camp and was very respectful towards his opponent.

“I had a look at him today and Dominic (Ingle), my trainer, has seen him box live,” revealed Brook. “He’s a slick southpaw, and southpaws are a nightmare as it is. He’s very crafty and he’s confident after all the wins he’s had. He’s only had one loss (SD 10 Walter Wright) and he avenged it (UD 10), so he’s learning. He believes in himself and he’s told (Matchroom promoter) Eddie (Hearn) that he’s going to do this and that, so I know I’m in with someone that believes they’re gonna win.

“The thing is, I’ve been there and I’ve done it. Whatever DeLuca does on Saturday, I will have an answer for him. I’ll be able to do what I want because I’ve done the training, I’m very fit, I’m very focused and I know the game. The crowd, the pressure, none of that is going to get to me. Spiritually, mentally, physically I’m in a fantastic place. I couldn’t be in a better place and that equals a dangerous Kell Brook.” 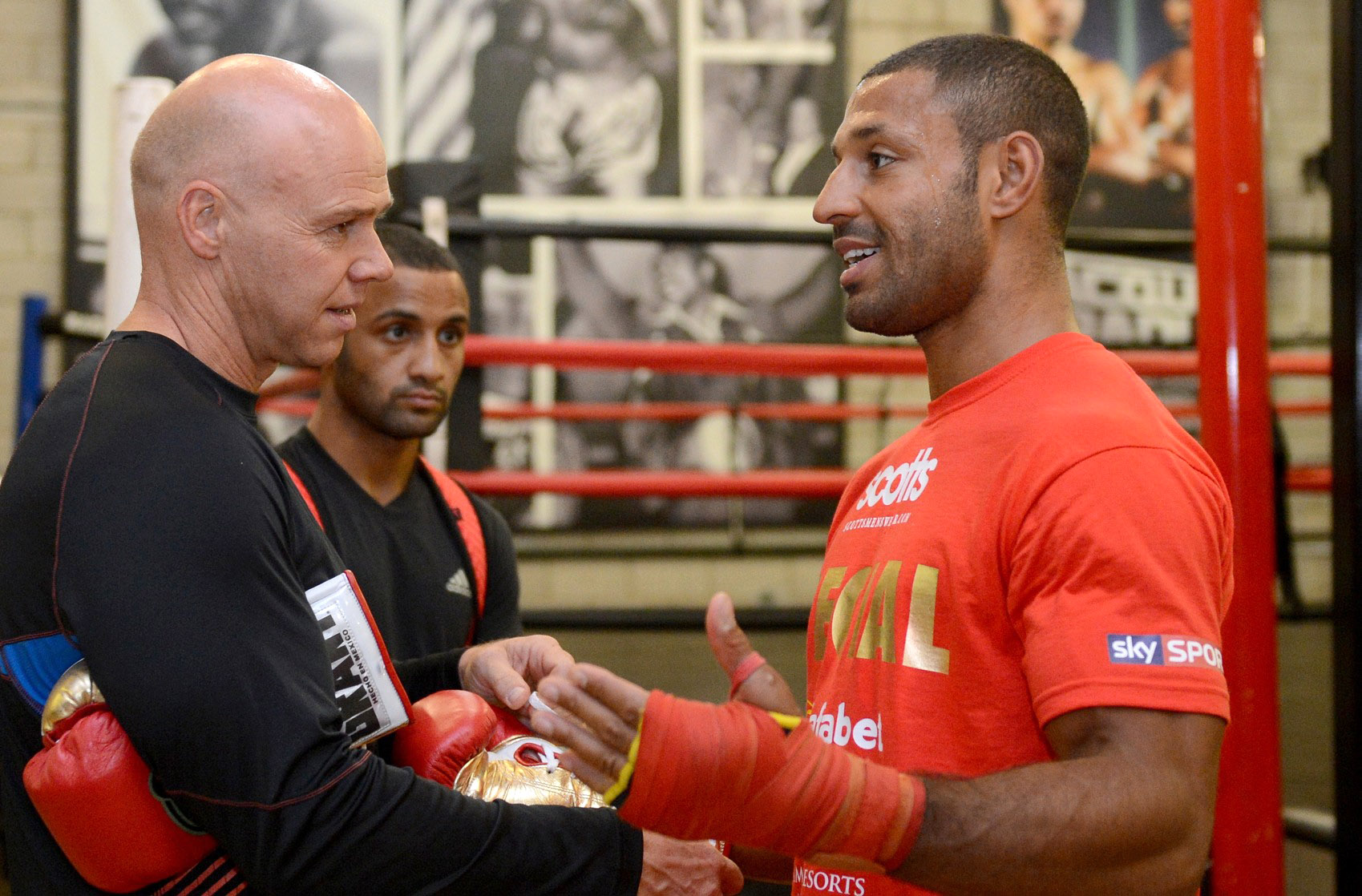 The DeLuca bout will take place at the junior middleweight limit of 154 pounds. Despite Brook having made a handful of cameos at this weight, there are many insiders who feel that he should have settled into this division years ago.

“I think it makes a big difference,” acknowledged Brook . “I’m very big and I have very dense muscles. Obviously you’ve seen me looking like I’ve got my grandad’s teeth in when I’m making welterweight (laughs). You know what I mean? With the extra seven pounds, being 33 years old, and having taken myself down to 147 for all those years, this weight will benefit me. I was cut at 160 (for Golovkin), so you know I’m going to look fantastic on the scales.

“To be honest, I’m upset that this training camp is gonna end. I’m a beast in the gym and Dominic can’t crack me. I’m built for the hard work and I’m in fighting shape. After 45 seconds of strenuous work I’m ready to go again. My recovery is fantastic and I feel great. I can’t wait for Saturday.”

As the odds suggest, the DeLuca fight is Brook’s to lose. Due to his profile, a convincing victory could propel the Englishman into a meaningful fight, perhaps even a world title bout, sometime in the summer. Upon assessing the current crop at 154 pounds, Brook sounded far from impressed and he also left the door open for a return to 147.

“The [junior middleweight] championship is being passed about and I think I’m the man to keep a hold it for a while,” said Brook in reference to Julian Williams’ capitulation at the hands of Jeison Rosario. “(Jermell) Charlo has been beat, some of them have moved on to middleweight, and I think there’s a place for me to move in and be there for a while.

“I’m putting (all the titleholders) on notice. What would I hide for? I want to show the world I’m the best. If my next fight is anything less than a world title fight, then it needs to be a big showdown, like with Liam Smith. That fight excites me. I’m also loving the look of (Mikey) Garcia and (Jessie) Vargas, I’d like the winner of that. That’s the kind of angle I’m looking at. I want to be a two-time world champion this year.”

Brook vs. DeLuca plus Kid Galahad vs. Claudio Marrero and other undercard bouts will be broadcast live on DAZN in the U.S. and Sky Sports Arena in the U.K.