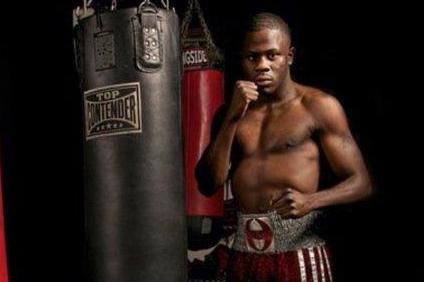 Mike Dallas Jr. couldn’t have envisioned that he’d be in the position that he is right now at the beginning of last year. The former amateur standout was unbeaten in his professional career entering 2011, but after two consecutive losses to Josesito Lopez (KO by 7) and Mauricio Herrera (majority decision), Dallas has disappeared from most lists of top American prospects.

While many will agree that the decision in the Herrera fight was debatable at best, dropping two straight can make or break a fighter’s career. A loss, or series of losses, can serve as a wakeup call that changes need to be made. Suffering a defeat can also irreparably damage a fighter’s confidence and condemn him to a journeyman’s fate.

With a fresh calendar to start with, Dallas (17-2-1, 7 knockouts) will look to find himself again in Arlington, Texas as he faces Miguel Gonzalez (20-2, 15 KOs) of Cleveland, Ohio at the College Park Center in the main event of ESPN2’s Friday Night Fights.

Dealing with defeat, like mourning, is a process. There is the initial shock that gives way to despair, but eventually the fighter must move on and find closure. The 25-year-old Dallas of Bakersfield, Calif. was consoled by his father Mike Dallas Sr., who had trained him for most of his life, and his current trainer Virgil Hunter, who took over as head trainer just prior to the Herrera fight last June.

“Really, it was my dad and coach, out of all the people, they’re really behind me,” said Dallas. “I still believed in myself, it made me just want to go back to the gym and work harder. I never really took any time off after the fight. I went to training camps to help other fighters get ready and was in the gym all the time. I just want to do better so I stayed in the gym.”

Before Dallas Jr. could move forward, he first had to understand what went wrong to begin with. He admits that he had mistakes to work on, and looked to Hunter for answers.

Hunter and Dallas Jr. had been together for just a month prior to the Herrera fight. For this fight, they’ve had several months to adjust, find their chemistry and build a trust system that will allow them to get the most out of their relationship.

“The only thing first and foremost is to reestablish the belief in himself,” said Hunter, who earned the Boxing Writer’s Association of America’s pick for Trainer of the Year in 2011 in large part due to his work with Andre Ward. “He’s had over 100 amateur fights and was a two-time national champion, so he’s got some things.

“I’ve just been working on him mentally. I can’t overemphasize that there’s no sense in progressing physically and getting more tricks in the bag until he understands what he’s putting in the bag. He’s now understanding why he’s doing something, and not just doing something for the sake of doing something. Just because you can get a punch off, doesn’t mean it’s the right punch at the right time.

“I think the physical ability is there, but the mental understanding of what he needs to do needs to be developed. We’ve got a long ways to go, but to the point where we’re at, I feel that we’ve made some considerable strides.”

Hunter, who has known Dallas since he was ten years old, believes that he didn’t need to learn new skills; he just had to remember old ones. Hunter believes that Dallas picked up bad habits along the way, habits that suppressed underlying abilities.

Muscle memory and understanding how to make adjustments in athletics is something that comes natural to Dallas Jr., whose father and grandfather were both professional fighters. Aside from boxing, Dallas Jr. excelled at football and basketball at South High School in Bakersfield, but preferred basketball where he started at shooting guard. Dallas Jr. averaged 15 points a game and went on to play basketball at Cal State Dominguez Hills before withdrawing to focus on the 2008 Olympic trials.

Dallas says he is comfortable with the adjustments he has had to make, and says he is excited to see how they come into play against Gonzalez, a slick southpaw nicknamed “Silky Smooth” whom Dallas remembers from the amateurs.

While the Mayans may have believed 2012 would bring the end of the world, Dallas believes the year will bring his rebirth.

“I’m just coming in this year and making a statement and giving my all this year,” said Dallas Jr.