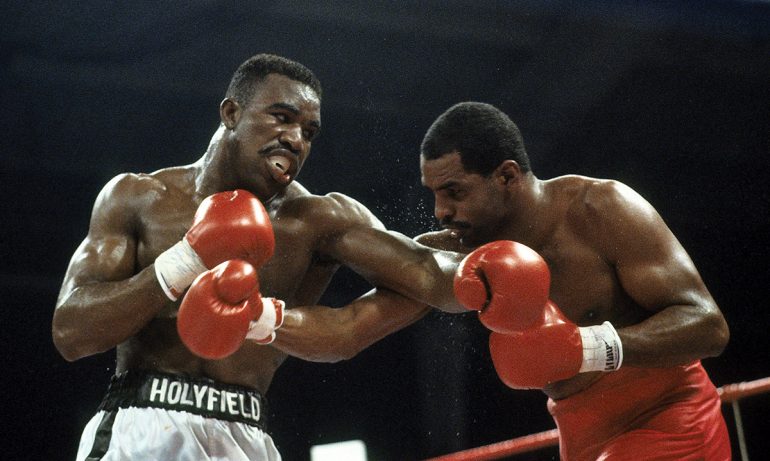 Photo by The Ring/ Getty Images
01
Jan
by Tom Gray

It has been announced that former four-time WBC cruiserweight titleholder Carlos De Leon passed away in Buffalo, New York on Wednesday. He was 60 years old. The news was released on social media by WBC president Mauricio Sulaiman and the cause of death is unknown.

De Leon, a native of Puerto Rico, boxed professionally between 1974 and 1995. Campaigning at the old cruiserweight limit of 190 pounds, he defeated Marvin Camel by 15-round majority decision in November 1980 to win his first WBC title belt. That bout took place on the undercard of the infamous “No Mas” rematch between Roberto Duran and Sugar Ray Leonard at the Superdome in New Orleans, Louisiana.

Nicknamed “Sugar” himself, De Leon defeated Camel again (TKO 8) before being upset by ST Gordon in his next defense. However, after thrashing former heavyweight champion Leon Spinks in six rounds, he regained the title by easily outpointing Gordon in Las Vegas. Three more defenses, including a great win over Yaqui Lopez (TKO 4), followed before Alfonzo Ratliff edged De Leon on points. Not one for giving up, De Leon regained his title once again by outpointing Bernard Benton – who had dethroned Ratliff – in March 1986.

In April 1988, De Leon took part in the first ever undisputed cruiserweight title clash against unbeaten IBF and WBA counterpart Evander Holyfield. He battled hard as always, but the legendary Holyfield proved too much for him and scored a dominant eighth-round stoppage.

Already possessing a reputation for reinventing himself, De Leon appropriately recaptured the vacant WBC the following year by stopping Sammy Reeson in London. He made one successful defense, scraping by on a draw with Johnny Nelson, before suffering a DQ loss for striking Massimiliano Duran after the bell in Italy. That was his final world title bout, and a brief run at heavyweight was uneventful. The former champ’s final career record was 53-8-1 (33 knockouts).

The Ring staff extends their condolences to the De Leon family and his friends.