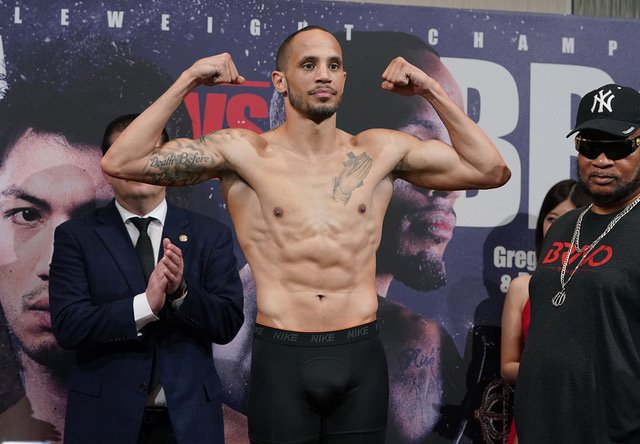 The 10-round bout will take place inside the Etess Arena at the Hard Rock Hotel and Casino in Atlantic City, New Jersey. The fight will precede the main event bout between light heavyweights Jesse Hart and hard-hitting Joe Smith.

Brant (25-2, 17 knockouts) will be fighting for the first time since losing by knockout in round two to Ryoto Murata of Japan on July 12. The fight was a rematch of their back-and-forth war, which Brant won by unanimous decision.

“I am excited to be back fighting under the Top Rank banner with a new team,” said Brant, who is co-promoted by Top Rank and Greg Cohen. “Training in Colorado Springs (Colorado) has shown me what it’s like to work with a coaching staff that have mastered their craft. I am expecting a tough fight with Ahmed, as he has proved to be a dangerous Ghanian fighter. I’m confident my team will train me to showcase my talent.”

“There hasn’t been a day that has gone by that I haven’t thought about regaining my (secondary) title. None of that happens until I conquer the task at hand. I will reign as a world champion.”

Brant is currently ranked No. 9 by The Ring.

Ahmed (27-1-1, 18 KOs), who resides in Accra, Ghana, last fought on May 25, defeating Colombia’s Juan De Angel by unanimous decision. He has won his last two bouts since suffering the only loss of his career at the hands of then-WBO super middleweight titleholder Gilberto Ramirez on Feb. 3 of last year.

“This is a great opportunity to prove I am a middleweight to watch,” said Ahmed, who is managed by Malik Annur. “Super middleweight was not my natural weight, and I feel fresher and more powerful since moving down in weight. Rob Brant and his team made the wrong choice for a comeback opponent. I am coming to shock the boxing world and earn another world title shot.”

– Jeremy Adorno (3-0, 1 KO), the younger brother of Joseph, will square off against Artrimus Sarlor (4-3, 1 KO) of Cincinnati in a four-round junior featherweight bout.

– 17-year-old Xander Zayas (2-0, 2 KOs), who signed a promotional deal with Top Rank at the age of 16, will face Antonio Duarte (2-2) of Tijuana, Mexico in a four-round welterweight bout. Zayas made quick work of Virgel Windfield in his last bout this past Saturday night, stopping him in the opening round.

– Super middleweight Chris Thomas (13-1-1, 8 KOs) of nearby Beachwood will attempt to rebound from his first loss as a pro when he squares off against Brazil’s Samir dos Santos Barbosa (37-16-3, 26 KOs) is a six-round bout.

– Heavyweight Sonny Cotto (5-0, 4 KOs) of Philadelphia will face an opponent to be determined in a four-round bout.