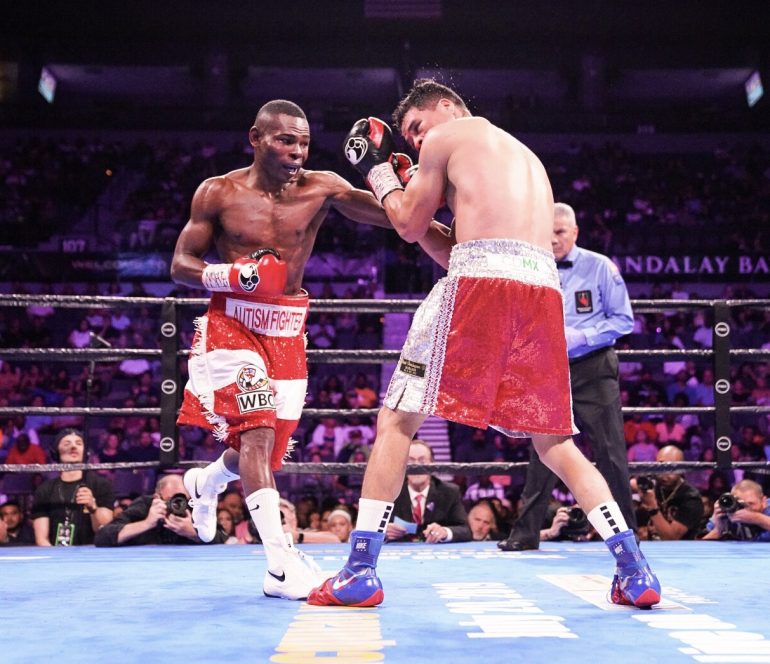 The 12-round bout will take place at the Toyota Arena in Ontario, California and will precede the rematch between WBC junior middleweight titleholder Tony Harrison and Jermell Charlo.

Rigondeaux and Solis will be fighting in a WBA elimination bout. After fighting most of his career as a junior featherweight, the three-time world titleholder and Olympic gold medalist will drop down in weight to face Solis.

The southpaw Rigondeaux (19-1-1, 13 knockouts), who is originally from Cuba and now resides in Miami, Florida, rallied from an early deficit to stop junior featherweight contender Julio Ceja in round eight of his last bout on June 23. Rather than box to a dull decision, Rigondeaux stayed in the pocket, exchanging combinations in a competitive bout against Ceja.

The 39-year-old returned to the ring on Jan. 13, knocking out Giovanni Delgado of Mexico in the opening round. It was Rigondeaux’s first fight since his knockout loss to fellow Olympian and then-WBO world junior lightweight titleholder Vasiliy Lomachenko in December of 2017.

Rigondeaux also has wins over Nonito Donaire, Joseph Agbeko and Rico Ramos. He is ranked number No. 4 by The Ring at 122 pounds.

Solis (30-5-1, 1 NC, 14 KOs), who is originally from Venezuela and now resides in Panama City, Panama, last fought on July 18, knocking out Karluis Diaz in the opening round. He has won his last five bouts in a row.

The 37-year-old fought for a world bantamweight title twice in 2016, losing by unanimous decision to Shinsuke Yamanaka and Jamie McDonnell, respectively.

In the opening bout of the FOX telecast, heavyweight prospect Efe Ajagba of Nigeria will face Georgia-born Iago Kiladze in a 10-round bout.