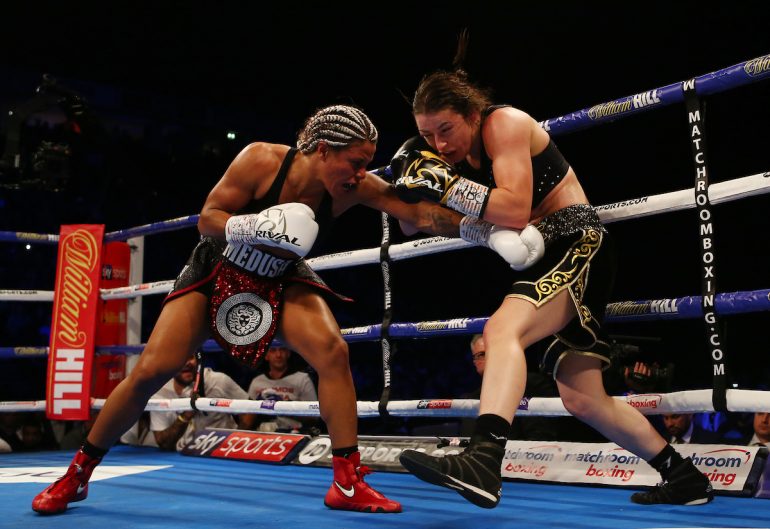 Undisputed women’s lightweight champion Katie Taylor picked up the WBO junior welterweight title by posting a 10-round unanimous decision over Christina Linardatou at the Manchester Arena in Manchester, England on Saturday. The official scores were 96-94, 97-93 and 97-93.

Taylor, who holds The Ring Magazine championship at 135 pounds, had more skill than the Greece-based titleholder, but she was at a noticeable size disadvantage. Linardatou has hopped all over the scales during her career and been as low as 130 pounds, but she was definitely the more physically imposing fighter in the ring.

“I’m a two-weight world champion and the best is yet to come,” said Taylor (15-0, 6 knockouts) who wept during her post-fight interview with Sky Sports in the U.K.

“Christina was the best 140-pounder in the division, and we knew it would be a tough fight for 10 rounds. But I boxed beautifully on the outside, and I boxed smart for a change instead of getting stuck into a fight.”

The bout got off to a very fast start with Linardatou forcing the Irish star to work from the opening bell. However, Taylor’s class began to tell as early as Round 2. The 33-year-old boxed well off the backfoot and pulled some nifty counters, particularly with the left hand. The harder Linardatou tried, the more punches she took.

The seventh was a good session for Linardatou and she built on that momentum by landing some thumping shots in the eighth. But the gap was too wide by that point and Taylor used her ring craft and experience to win the ninth and hold her own in the final session. 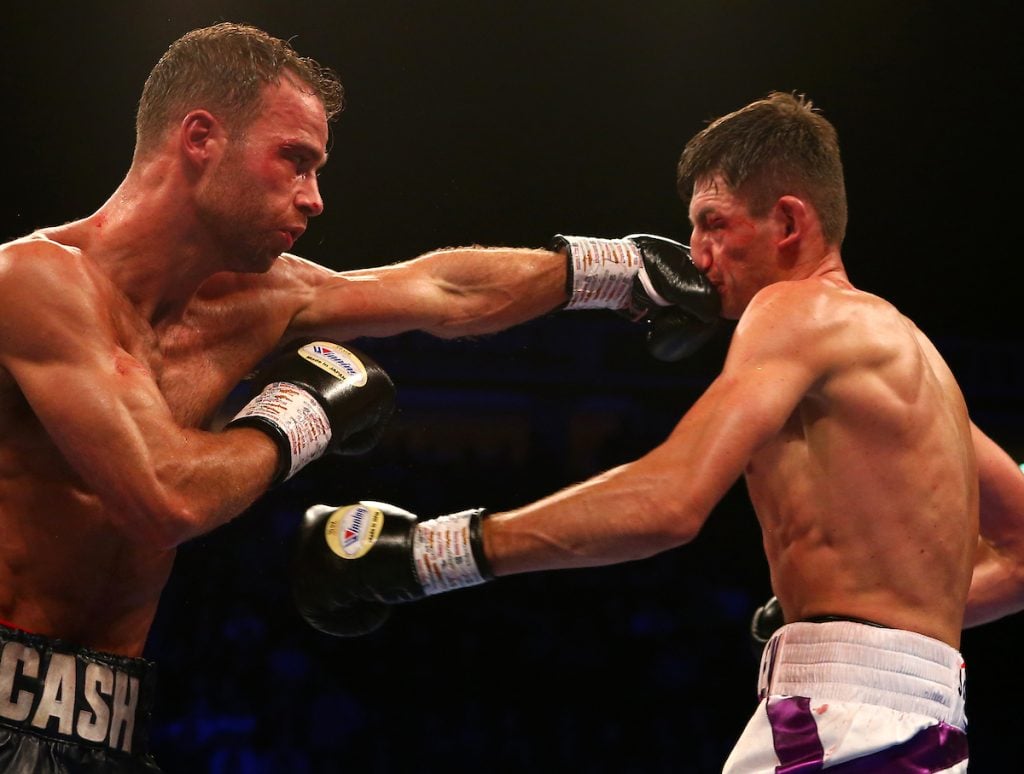 In a terrific domestic battle, the unbeaten Felix Cash (12-0, 8 KOs) retained his Commonwealth middleweight title with an eight-round stoppage of Jack Cullen (17-2, 8 KOs). The official time was 1:14. A ferocious attack dropped Cullen in the opening round, but the Bolton man bravely fought his way back into the contest. After momentarily stunning Cash in the seventh, Cullen shipped two huge rights and a follow-up left hook put him over. Time was running out for the challenger and another sustained assault from the Surrey-born puncher forced referee Howard Foster to call a halt in the eighth. 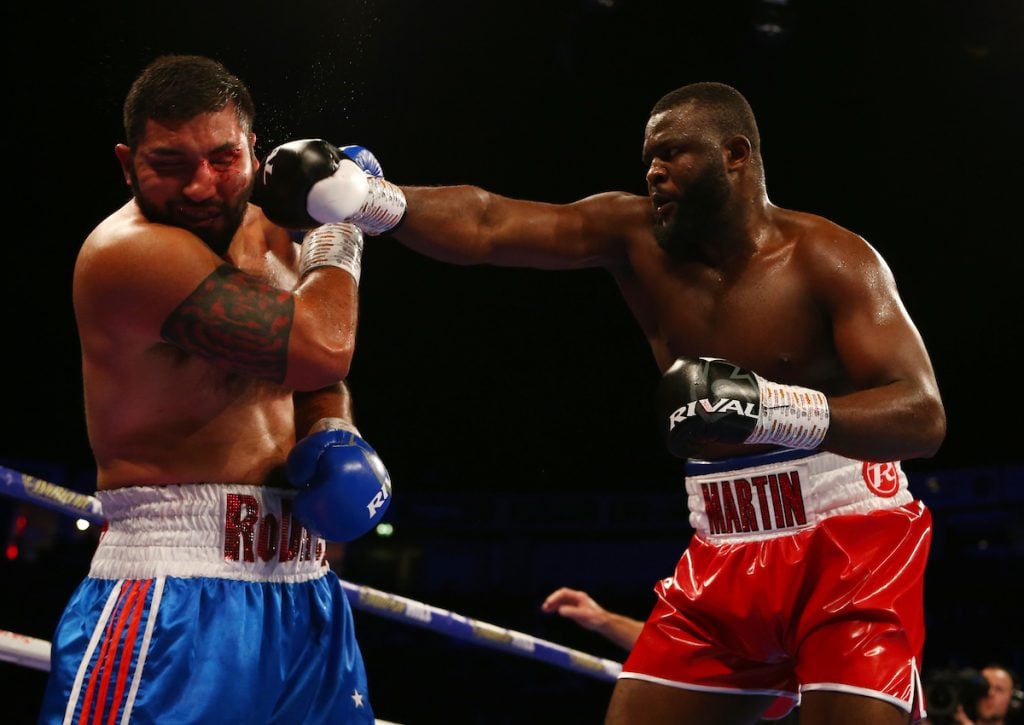 Heavyweight Martin Bakole (15-1, 12 KOs) was impressive in posting a second-round stoppage over Rodney Hernandez (13-9-2, 4 KOs). The official time was 2:50. Originally from the Democratic Republic of Congo but based in Scotland, Bakole is physically imposing and possesses some nice skills and hitting power. His work rate, punch variety and ability to mix the shots up and down kept Hernandez so focused on defense that he was unable to return fire. A sustained volley of shots forced the American over in Round 2 and the referee waved the bout off without administering a count.