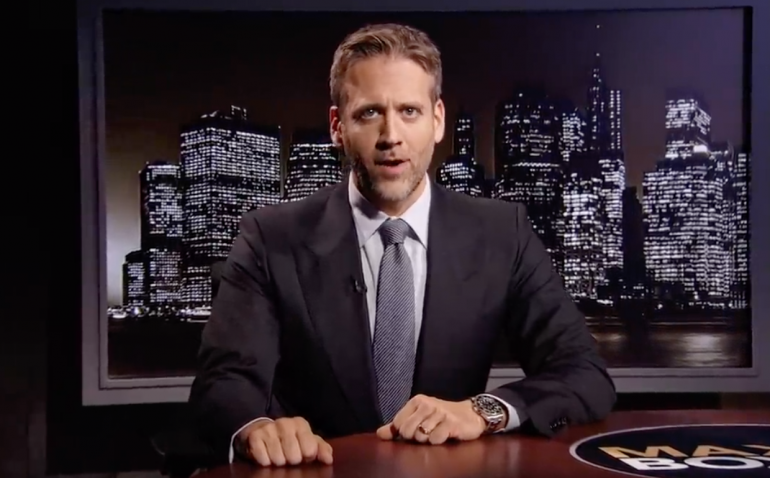 Post-fight, the 46-year-old “First Take” co-host, who went from ESPN boxing to HBO’s boxing team back to full-on duty with ESPN,  said that Gvozdyk “quit.”

This, after the light heavyweight trained by Max’s friend Teddy Atlas, was broken down by the Russian in a scrap promoted by Top Rank that ran on ESPN. Gvozdyk, age 32, gave a marvelous account of himself, his heart and courage showed themselves to be A grade. The Ukraine native went down three times in round ten, and at the third occasion, the referee halted the fight.

Kellerman said in his wrap-up that Gvozdyk “quit,” actually before the tenth round started, when discussing the ending and informing viewers his take on the faceoff and culmination.

“I thought Gvozdyk was winning some of the early rounds,” he said. “After six rounds, I had it three to three. Even as Beterbiev was giving the impression of an avalanche, I thought Gvozdyk was winning rounds. But like Andre Ward in his second fight with Kovalev, Beterbiev was winning the story of the fight. You could see it coming. … Then eventually the avalanche came, and Gvozdyk quit in his corner, and Teddy (Atlas) knew he quit. Going into the 10th round, and tried to talk him out of it, but he was done.”

On Oct. 25th, Kellerman reversed course, and wiped the mess off his shoes. Good thing, because he’d inserted both Thom McAns into his mouth….

On his “Max on Boxing” digest show, which screens on ESPN Friday afternoons, the all-sports chatterbox introed his change of stance by talking about the difference between a straight KO and a TKO. He also spoke on how trainer Cus D’Amato spoke on the psychological and philosophical side of the sport. He taught Atlas many of the ins and outs of tutoring pugilists, Max told viewers, and Teddy has a rich history of teaching to good effect. Atlas exhorted his client to summon willpower and roar back on Beterbiev. He then vocalized his change of heart, regarding indelicate phrasing.

“I was hosting the broadcast and said that Gvozdyk quit in his corner, and have since been criticized for using that term, ‘quit.’ Especially in light of the many recent ring fatalities we’ve seen.” The arguments are one, that Gvozdyk didn’t in fact quit, and two, that we in the media should maybe not perpetuate a boxing culture wherein it seems as though a fighter must be willing to die.”

He said no, no one should HAVE TO push themselves to near death to be great. But they sometimes do, to dare to be great. And the second point, he said, that words like “quit” can summon shame. We do sacrifice the health of some young people in the name of entertainment, he admitted.

“In Gvozdyk’s case, who in fact, did answer the bell, (loaded terminology) are not entirely accurate. I should have said, ‘It looks to me like Gvozdyk has had enough.”

Yes, he continued….Even Muhammad Ali had enough, but we wouldn’t label him a “quitter,” right?

The “loser” wound up in the hospital after the bout, and he checked out OK. Max continued, and pondered whether succumbing didn’t save Gvozdyk from a worser fate. Maybe if Patrick Day had decided he had enough against Charles Conwell Oct. 12, his status would have not been made so severe. Maybe, Max shared, he would have said Day “quit.”

And that would be a happier scenario, he finished.

My three cents: This lengthy essay is Max-style of a “mea culpa.” Good for him, for admitting he stepped in it and erred. As I said in the column calling out his mis-play, his intellect and history in the analysis realm are considerable…so it isn’t a small step forward in seeing and hearing him publicly re-consider his phrasing on this occasion, and, probably, moving forward.

Summing up, we all should be really careful about employing the word “quit” or “quitter” in the context of a prize-fight which sees a combatant absorb copious head trauma.

Props to you, Max, for stepping up and speaking out.