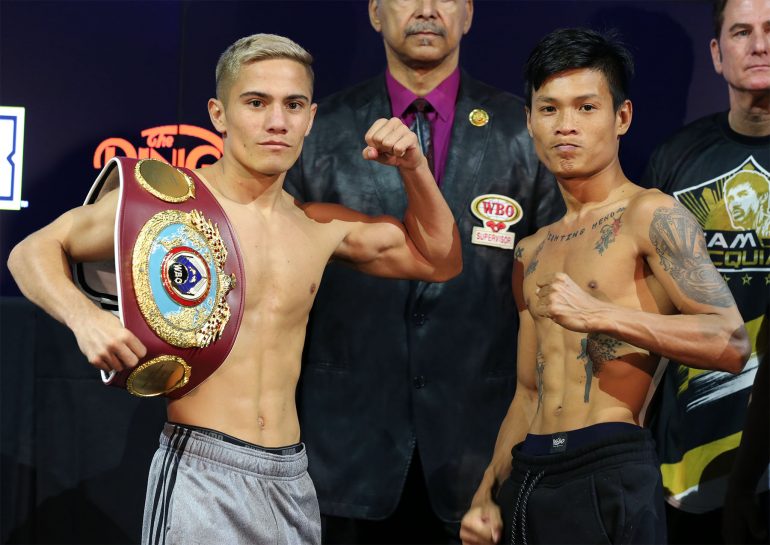 Edward Heno is walking into his title shot largely under the radar. Part of that is because the junior flyweight division just doesn’t get many headlines to begin with, but part of it is also due to Heno hasn’t fought in the United States before.

It probably doesn’t help either that he has five draws – three of which came in his first three fights – opposite of his 14 wins (5 by knockout) without a loss, but Heno says there’s a story behind that.

“My opponents are with the promoters of the fight,” said the 27-year-old from San Pedro, Laguna, Philippines, who has avenged three of those draws. “I won but I lost the decisions.”

The unbeaten Filipino is the mandatory challenger for WBO junior flyweight titleholder Elwin Soto (15-1, 11 KOs), whom he’ll face on Thursday at the Fantasy Springs Casino in Indio, Calif. The fight will be streamed live on RingTV.com, with action beginning at 7 p.m. 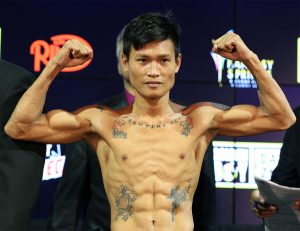 In some respects, Heno is in a situation that Soto was in prior to his upset win of Angel Acosta in June, when he came from behind to stop the Puerto Rican banger in the twelfth. While Soto had fought mostly nondescript opposition prior to his title shot, Heno has had a tough road to his opportunity, going to Merlito Sabillo’s hometown of Bacolod City, Philippines to defeat former world titleholder Merlito Sabillo, and stopping Seita Ogido in Japan in a rematch of their draw to win the Oriental Pacific Boxing Federation (OPBF) title at 108 pounds.

His decision win over the world rated Jesse Espinas in August of 2018 is the fight Heno likens most to the style of Soto.

“I know I have more experience than Soto,” said Heno, who says his amateur background consisted of 50 barangay (neighborhood) level contests, only one of which he lost.

Sean Gibbons, the matchmaker for Manny Pacquiao’s MP Promotions, said that Heno was brought to his attention by notable Filipino sports reporter Joaquin Henson. He says Heno just needed an opportunity, and he signed him to a promotional deal. Gibbons likes the matchup for Heno.

“I think it’s very complimentary for Edward who is a southpaw,” said Gibbons. “Elwin is kind of a squared up, right-handed guy who likes to get in there and get busy and bang with you. I think the style is very good for Edward, I think he’s gonna work off that Soto walks forward, he boxes beautifully, he’s gonna come out of that southpaw stance and let him walk into a lot of punches.”

For Heno, a win would go a long way towards providing a good life for him and his four sons, which he says is his motivation to fight. It’d also fulfill the dream of his father, a boxer from the ’80s who fought world champions-to-be Rolando Pascua and Tacy Macalos – just weeks apart in September of 1987. His father later became a trainer in Paranaque City, Philippines at the Elorde Boxing Gym, where Manny Pacquiao, Nonito Donaire and other champions had at one time trained.

“It was really hard [growing up]. Sometimes there’s no food and nowhere to sleep,” said Heno, who was one of nine children.

“It’s really a big thing for me if I win the title.”