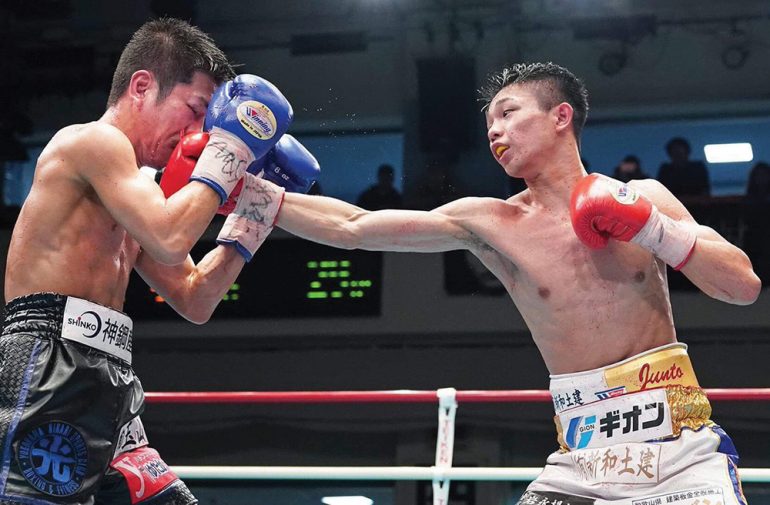 Junto Nakatani (right) cracked the flyweight top 10 and captured the vacant Japanese title by stopping Naoki Mochizuki in the ninth round. Photo by Naoki Fukuda
01
Oct
by Anson Wainwright

Nakatani, who is rated No. 10 by The Ring at 112 pounds, will be facing the best opponent of his career so far but is happy to embrace the challenge.

“When the bout against Melindo was confirmed, it had a sobering effect on me because he was different from any of my previous opponents in terms of world-level experience,” Nakatani (19-0, 14 knockouts) told The Ring through Hank Hakoda at the M.T. Gym.

“I respect his career record because it includes many world title bouts. I am happy to fight such a seasoned boxer because this is a great opportunity to raise my profile, which is the biggest motivation. I am looking forward to the bout.”

Nakatani, who spent two weeks training in Los Angeles under the watchful eye of trainer Rudy Hernandez at Maywood Boxing Club, knows what to expect from Melindo.

“I assume that he will throw a lot of body shots to stop me and break my distance,” Nakatani explained. “My range control is key in this bout. I will keep a comfortable distance to effectively avoid unnecessary body contact. If I carelessly let Melindo into a close distance, it would be a messy fight due to his speed and powerful punches.

“When he gets inside, he tends to play by the book and does not take further risks. I can predict how he moves, and I should be able to outclass him as long as I fight at my distance. That will prevent him from touching me as much as he plans, but I am ready to fight him at close range when necessary.

“I have a variety of punches designed for this particular bout. (Rudy) gave me a lot of strategies, including making use of uppercuts to stop him moving forward. It makes sense because he is small, and I need to keep him upright to secure my distance.” 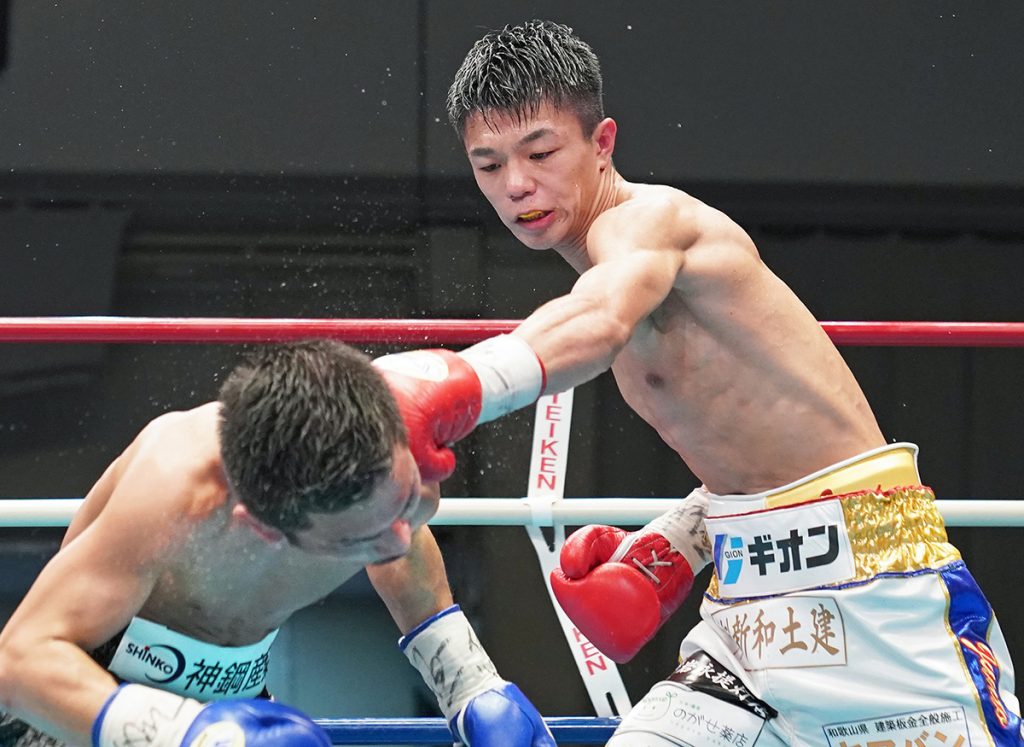 The 21-year-old Nakatani believes if he implements his game plan, he will score an impressive victory and lay down a marker to the talent-laden flyweight division.

“I want a clear win and a good performance,” he said. “Melindo is a very difficult fighter to knock down. If I am successful, fans will acknowledge my superiority in this division. I am determined to knock him out so that everybody knows who won the fight.”

Nakatani is already ranked in the top 15 by all four sanctioning bodies and his hope is that a world title fight is imminent.

“I’m not in a position where I can pick my opponents, and I would take the opportunity to fight any champion,” he said humbly. “If I could choose, I would want a WBC belt first because I like that cool green belt [laughs]. I also promised my first trainer, Kozo Ishii, to show him his favorite green belt someday.

“I watched the recent WBC title match (between Charlie Edwards and Julio Cesar Martinez) and I felt the Mexican challenger was very good, although he failed to become a champion (the bout was ruled a no-contest because Martinez struck Edwards when he was down). I am interested in fighting him as I have not faced that type of boxer.

“I watched the video of [IBF titleholder] Moruti Mthalane’s recent bout against my compatriot Masayuki Kuroda. I think he is a better champ than he looks. I would need to prepare a good fight plan to deal with his outstanding blocking skills.

“WBO champion Kosei Tanaka is a remarkable fighter, but he’s applied a different style in his recent fights; being less speedy than before, with a heavy-handed fighting style, which would probably bring me a better chance. I am willing to challenge him anytime.

“I cannot give you detailed comments on the WBA champ [Artem Dalakian]. I have not watched enough of him.”

Hernandez first met Nakatani when he was a teenager before hooking back up with him in 2016. The brother of former two-time world titleholder Genaro Hernandez likes what he sees and believes he can achieve his goals.

“(Nakatani) is a solid fighter,” said Hernandez. “He is a southpaw and tall, he has good ring smarts and a decent punch. He is a very dedicated fighter, who wants to be champion of the world and he’s only a few steps away from being one.”

Melindo (37-4, 13 KOs) turned professional in 2005. The Filipino won his first 29 bouts but was unsuccessful in world title attempts against Juan Francisco Estrada and Javier Mendoza. However, Melindo would bounce back to stun Akira Yaegashi in one round to claim the IBF belt in May 2017. He made one defense, against Hekkie Budler, before losing to Ryoichi Taguchi in December 2017. The 31-year-old has made one appearance since, losing by stoppage for the first time in his career to WBC titleholder Ken Shiro.

Our correspondent Hank Hakoda helped co-ordinate and translate this feature.