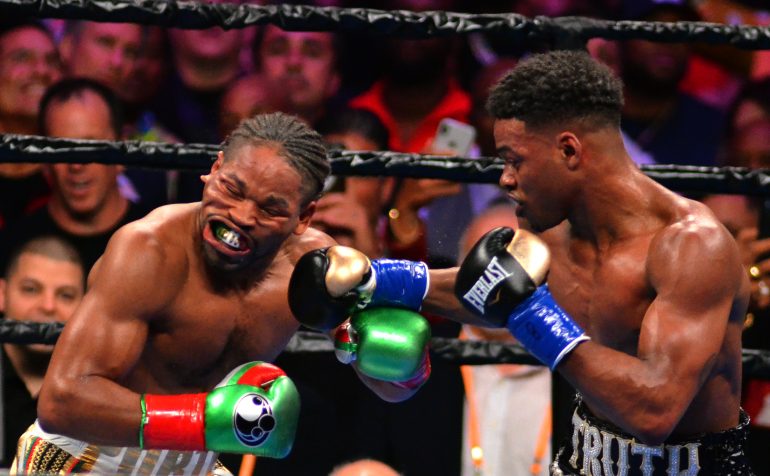 Errol Spence Jr. (right) scored a knockdown of Shawn Porter in the 11th and prevailed by scores of 116-111 on two cards to unify two of the welterweight title belts. Photo by German Villasenor
28
Sep
by Doug Fischer

“You an in-shape street fighter,” Spence teased at the final press conference earlier in the week. “You fight like you drowning and you don’t know how to swim.”

The verbal barbs drew chuckles from Porter’s critics who find his rough-and-tumble ring methods aesthetically unappealing, but the fact of the matter is that the 31-year-old veteran CAN swim. And on Saturday night, to the delight of a packed Staples Center crowd (16,702), Porter took Spence into deep water and tried his damnedest to drown the media darling from Texas.

And just when it looked like Spence would be overwhelmed by Porter’s relentless activity and sporadic pressure, the 29-year-old Texan reminded everyone why he’s in the pound-for-pound rankings and considered a future superstar. Spence (26-0, 21 knockouts) scored a technical knockdown off a short left cross in Round 11 and let it all hang out in a dramatic final round to clinch the victory by split decision by two scores 116-111, and a 115-112 tally for Porter.

The fight delivered everything a diehard fan could ask for when two of the top fighters in one of boxing’s deepest division clash. Spence added the WBC welterweight title to the IBF belt he defended for the fourth time, but he had to walk through fire to do it. 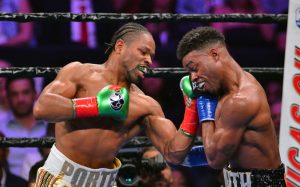 “Shawn Porter is a rough and awkward fighter,” Spence said during his post-fight interview. “I didn’t get off what I wanted to. He’s a true champion. He made it tough.”

Porter (30-3-1, 17 KOs) made Spence work at all times and his constant switching of tactics made it difficult for the huge odds favorite to adjust or gain momentum. Yes, Porter was a street fighter at times, but he also troubled Spence with his jab and lateral movement, as well as his inside angles and footwork. He was also able to take Spence’s best punches and come back with his own head-snapping power shots to the body and head.

“I’ve said this before, I’ve had a lot of experience in the boxing ring,” Porter said during his post-fight interview. “Did you enjoy that fight?”

Everyone who watched the PBC presentation, which was broadcast on FOX PPV in the U.S., enjoyed it. The strong Fight-of-the-Year candidate was part high-speed chess match, skillful shootout and battle of attrition. Beginning with a rousing Round 4, there were several toe-to-toe exchanges and shifts in momentum that elicited loud “Ooohs” and “Ahhhs” from the captivated crowd. The final three rounds were as intense and dramatic as high-profile prize fights get.

The matchup delivered thrills that exceeded its expectations, pitting Spence’s textbook technique and accurate power punching against Porter’s relentless and unorthodox brand of fighting. The Ohioan’s granite chin, high-volume work rate, mauling tactics and body work tested Spence in ways the boxing world has never seen during his previous 25 pro bouts, but the talented southpaw landed the cleaner, harder punches throughout the fight.

“All my punches have bad intentions,” Spence said. “Boxing Mikey Garcia, I wanted to show people I could do it with that style.

“Porter was throwing a lot. I wanted to show I was the bigger and stronger welterweight.” 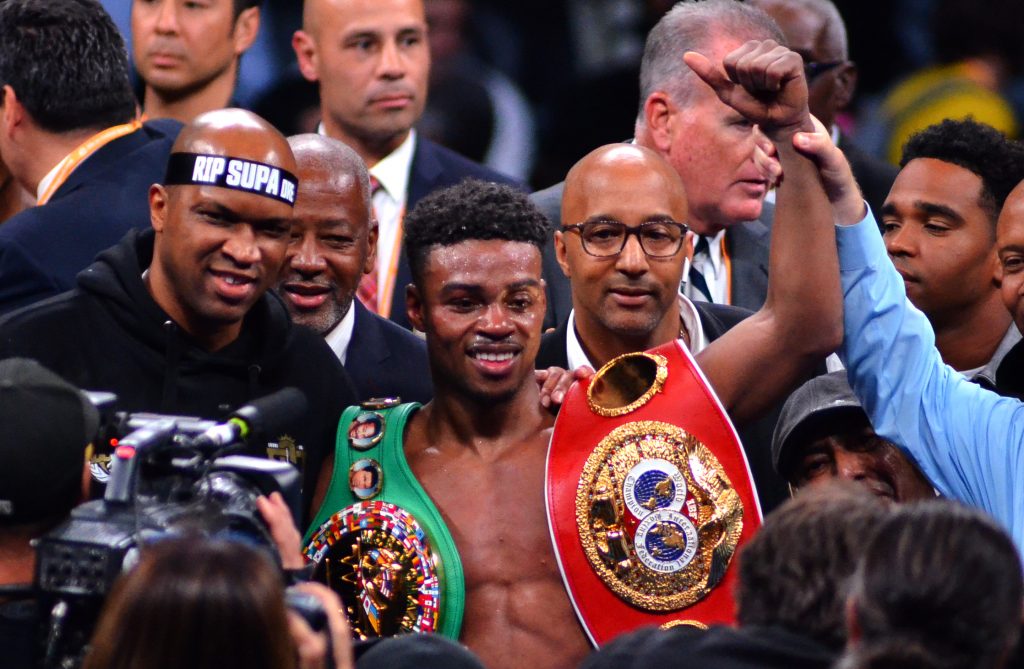 He was, barely. But Porter acknowledged that he had shared the ring with the special boxer and fighter.

“He’s a strong kid. We both came in to do the job,” he said. “I think I had a little more than what he expected, but he handled it. Congratulations to him and his team. We’re proud of what we did.”

Both fighters should be proud. Porter, who entered the fight as a decided underdog, one that many fans and pundits believed was beginning to fade, proved that he could extend an elite boxer to his limit. Spence proved that he could dig deep in a grueling dog fight and rally against a fighter whose body and spirit he could not break.

Danny Garcia could be next for Spence. The former 140-pound champ and welterweight titleholder was allowed to enter the ring and make some post-fight comments during the PPV broadcast.

“Line ’em up, I’m gonna knock them down,” Spence said when asked about a potential fight with Garcia.

Boxing fans will be OK with that as long Spence remains active and aimed toward a mega-fight against Terence Crawford.