David Avanesyan repeats KO of Kerman Lejarraga, this time in first round 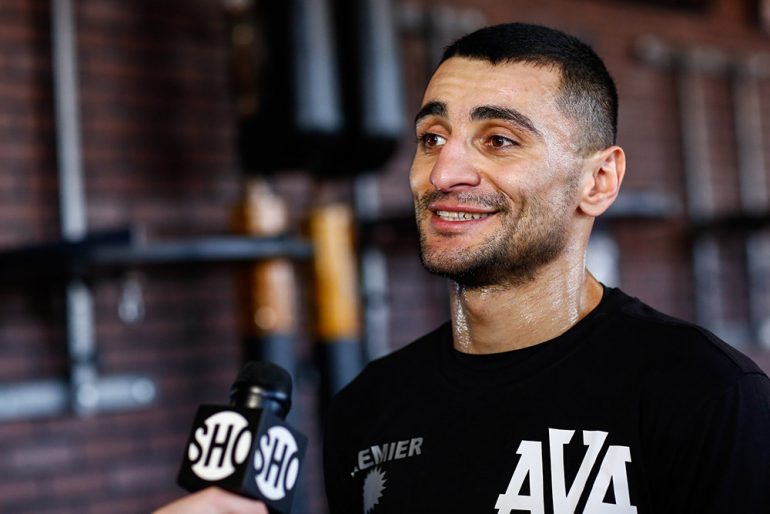 On a night of big welterweight fights across the Atlantic, David Avanesyan stunned Kerman Lejarraga to repeat his from win six months ago, scoring a first round stoppage to retain his European title Saturday night at a shocked Bilbao Arena in Spain.

Avanesyan (25-3-1, 13 knockouts) dropped Lejarraga (28-2, 23 KOs) moments into the fight with a right hand and jumped on him to score a second knockdown moments later, this time with a left hook, before the contest was waved off by referee Anssi Perajoki at about the 2:29 mark.

In March, Avanesyan had overcome a difficult start to fire back and stop Lejarraga in an action packed nine-rounds. However, on this night he simply plowed through his opponent in startling fashion.

The 31-year-old Russian had risen to prominence earlier in the decade when he beat an aged Shane Mosley and then gave Lamont Peterson an exciting fight before ultimately losing a hard-fought but unanimous decision. The win likely will see Avanesyan in bigger fights in the not too distant future.