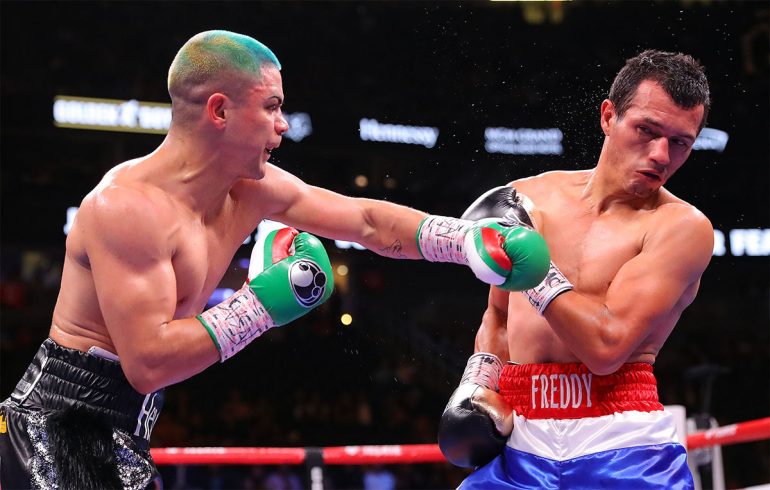 A new weight class and a more assertive attitude has brought Joseph ‘JoJo’ Diaz impressive victories recently, and the hope is that will lead him to a world title shot in the very near future.

First, Diaz, who is rated No. 6 by The Ring at junior lightweight, will have to get past Jesus Cuadro Saturday night at the Auditorio del Estate in Mexicali, Mexico.

For Diaz, this is a stay-busy bout ahead of a possible matchup against IBF 130-pound titleholder and red-hot nemesis Tevin Farmer. He is not overlooking Cuadro, but “Jo Joe” wants to make a statement against the Tijuana-based Venezuelan.

“Cuadro is a dangerous fighter,” Diaz told The Ring over the phone Thursday evening. “I know he has a couple of losses, but he has never been stopped. He’s awkward and a lefty. I just want to beat the (expletive) out of him. I want to make a statement at his expense.

“This is a stay-busy fight for my next fight, which I hope is against Tevin Farmer in December for his world title belt.”

Diaz and Farmer have had a war of words over the last several weeks. The hostilities between the pair began earlier this year and almost boiled over at a press conference ahead of Diaz’s bout against Freddy Fonseca in May. The verbal barbs have since continued via social media.

“He crossed the line with me,” said Diaz, who resides in the Los Angeles suburb of Downey. “He was never supposed to be at the press conference in Las Vegas. He’s a fool. I just want to beat the (expletive) out of him. He made it personal and his fans have thrown insults at me. I’m not looking past Cuadro, but I have unsettled business with Tevin and I know I can defeat him and win the title.” 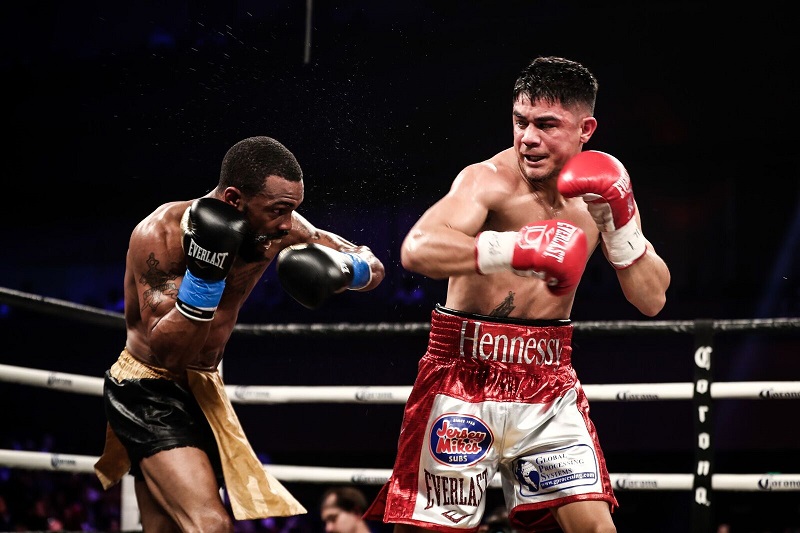 The 26-year-old Diaz has won three bouts since suffering his lone defeat to WBC featherweight titleholder Gary Russell, Jr. on May 19 of last year. The desperate struggle to make 126 pounds is now behind him, and he has also overcome adversity outside the ring.

“I was going through personal issues in my life in 2017 and 2018,” acknowledged Diaz. “I was in a dark place, even around the Russell fight. I had bad anxiety and mental breakdowns.

“I just have a different outlook now. No more Mr. Nice Guy. My mentality is to be more aggressive, kill or be killed. I actually feel like I’m a savage in the ring since I moved up in weight and have this new aggressive attitude.”

Diaz is yet to face any of the world titleholders or top contenders at 130 pounds but his confidence is sky high.

“I honestly think I’m the best at 130 pounds,” he said. “I know I don’t have a world title belt, but I can beat any of the world champions right now. I just want to get that opportunity to face any of the belt holders in the division, including Farmer.

“I want to challenge myself. I don’t want any easy fights. I don’t want to fight any bums for a vacant world title belt. I challenged to fight the best at 126 pounds and that was against Gary Russell. I lost a decision, but I learned a lot about myself. From that fight, I know what it takes to win. I want to face all the world titleholders. I want to earn my shot against Farmer and it all starts on Saturday night.”