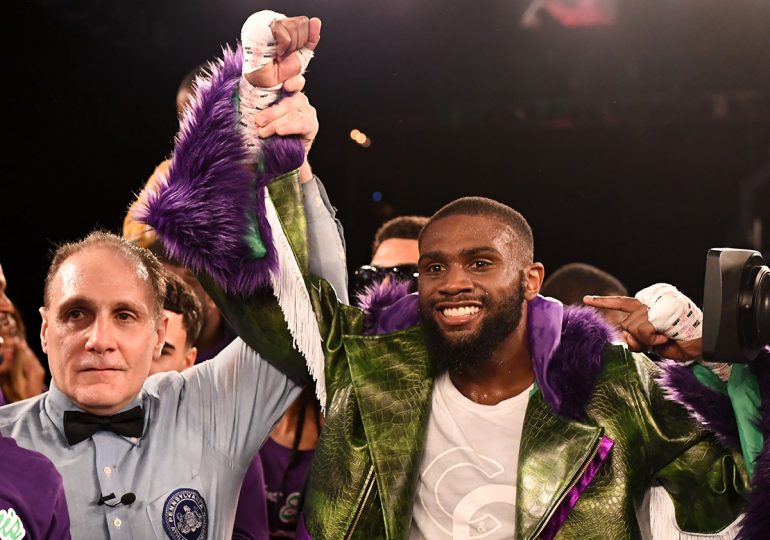 Jaron Ennis will return to national television on October 5 when he faces Demian Daniel Fernandez on the Claressa Shields vs. Ivan Habazin card from the Dort Federal Events Center in Flint, Mich., it was announced on Friday.

The ten round fight will be the co-feature to a Showtime Boxing: Special Edition card, which begins at 9 p.m. ET.

Ennis (23-0, 21 knockouts) of Philadelphia had been one of the hottest rising prospects in the sport, using his mixture of power and smooth counter punching to build momentum through appearances on ShoBox, but a promotional rift and litigation slowed him down. The 22-year-old finally made his first start of 2019 on August 23, knocking out Franklin Mamani in one round in Oklahoma on the untelevised portion of a ShoBox card.

“I’m really excited to be on this show for my first big fight of 2019,” said Ennis, who was last seen on TV in November 2018 when he knocked out Raymond Serrano in two rounds.

“I’m looking forward to reminding everybody who I am and what I’m capable of doing. We have big plans for the future, but the first step is a statement win on October 5.”

Fernandez (12-1, 5 KOs) of Buenos Aires, Argentina will be looking up at Ennis, standing four inches shorter at 5’6” . The 30-year-old has won nine straight since his only loss, a first round technical knockout loss in 2014 when he was dropped twice. In his last fight on August 10, he went the ten round distance in his U.S. debut in Detroit.

“know I’m the underdog but I want the fans to know I am coming to knock him out. Vamonos!,” said Fernandez.