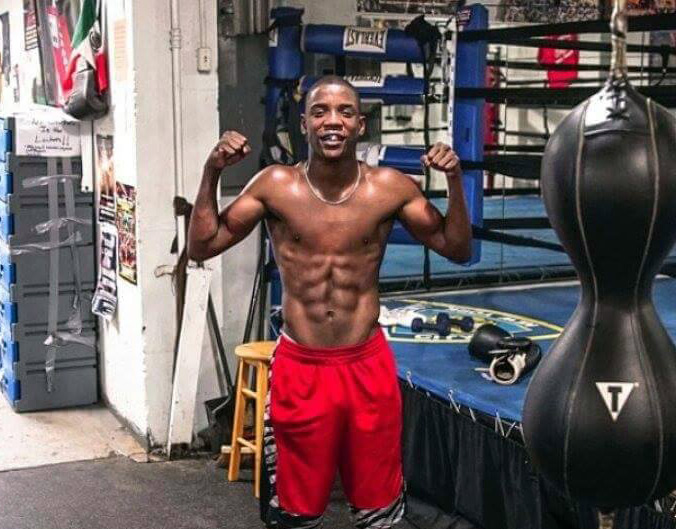 Best night of pro career and why: Colbert feels the best is yet to come, but is happy with two performances. One against Austin Dulay (11-0, 8 knockouts) and the other against Joshua Hernandez for differing reasons.

“[Hernandez] actually came to fight, Dulay came to get his ass kicked. [Hernandez] brought out the dog in me, I had to sit down and bite down and fight him every single round. That’s what made it fun and a good fight.”

Worst night of pro career and why: The week of Colbert’s most recent fight, against Alberto Machado, he felt sick, but was determined to fight and won an eight-round shutout.

“My last fight, because I was sick. I had pneumonia,” he said. “I still pulled through. A lot of people said I looked good, but to myself, I felt sick. I know I could have knocked him out, but my body wasn’t letting me.”

Next Fight: On paper, Colbert will be stepping up when he faces former two-time world title challenger Miguel Beltran Jr. in a 10-round scheduled junior lightweight contest at Rabobank Theater, Bakersfield, California on Saturday. Coverage on FS1 begins at 10:30 p.m. ET/7:30 p.m. PT.

The fast rising 22-year-old is confident of victory despite the apparent step up in opposition.

“Another day, another dollar, I’ve got to do what I’ve got to do,” he said. “No matter who it is, where it is, we’ve got to fight. Like I tell everybody, it only takes me one or two rounds to figure him out then it’s game time. I’m gonna have fun.

Beltran (33-7, 22 KOs) turned professional in 2007. He won his first 22 fights and scored notable wins over then unbeaten Eduardo Lazcano (UD 6) and Miguel Roman (SD 10) before tasting defeat for the first time against Joksan Hernandez (L KO 10).

The Los Mochis native rebounded to win four fights to earn a shot at countryman Juan Carlos Salgado for the IBF 130-pound title in 2011. Salgado was badly cut and the fight ended in a disappointing second round no-contest. He was never able to secure a rematch with Salgado and instead faced Roman Martinez the following year for the vacant WBO junior lightweight title. Although he appeared to do enough to win, Beltran lost a split decision on the undercard of Sergio Martinez-Julio Cesar Chavez Jr. in Las Vegas in September 2012.

The Martinez loss affected him and he hasn’t been the same fighter since. He has fought just 11 times going a pedestrian 6-5. Beltran figures to go rounds. It will be a valuable learning experience for Colbert but it’s a test the confident Brooklynite should pass with flying colors.

Why he’s a prospect: Colbert won five national titles. He was the first person to qualify for the 2016 Olympic trials. However, he never felt he was best served staying in the amateurs.

“I turned pro [in May 2015],” he said. “I didn’t want to do that amateur s—. There’s too much politics and I wasn’t for it. They had their eye on who they wanted to be their Olympian and I wasn’t about to wait.”

Ultimately, Shakur Stevenson won the birth on the Olympic squad.

During Colbert’s amateur career, he lost against current junior featherweight contender Brandon Figueroa in the quarterfinals of the U.S Youth nationals and to Mikhail Montgomery at the semifinal stage of the 2014 Golden Gloves. In early 2015, Colbert won the USA national championships.

Since becoming a pro, he has gained valuable experience sparring the likes of Guillermo Rigondeaux, Carl Frampton and Juan Carlos Payano. He was in a playful mood when recollecting those sessions.

“Sparring is sparring. That doesn’t determined how a fight could go,” he said. “When you give out ass beatings, they don’t want to pay you no more.”

The skilled switch-hitter feels his No. 1 asset is his ability to think inside the ring under pressure.

“My brain, use my brain,” he explained. “A lot of these fighters don’t have that. They either have the speed or the power, but not don’t have the brain, too. I feel like I can do it all.”

He caught the eye of former world champion Ray Mancini, who commentated for FS1 when Colbert impressively disposed of Mario Briones in two rounds. The Hall of Famer compared Colbert to the late, great four-weight world champion Pernell Whitaker.

Former two-weight world champion Paulie Malignaggi, who is also from Brooklyn, knows Colbert well and thinks next year is a big one.

“Chris is a good young prospect,” said Malignaggi. “I expect him to be a real world title contender in the next 12 months.”

The youngster is pleased with how his career is panning out and leaving it in the capable hands of his manager Al Haymon.

“To be honest, I’m not really rushing,” he said. “A lot of these young fighters, they rush, they get to world title level and they’re not ready for it.

“When my body calls for it, when God calls for it and Al Haymon calls for it, I’ve got a great team behind me and my team know what they’re doing. When they time is right, I’ll be ready.”

Why he’s a suspect: Colbert is skilled and checks many boxes. The obvious thing he lacks is power. However, he does have impressive stoppage wins over Dulay and Briones, showing he’s getting better against a better quality of opposition.

“The only thing I feel like I’m honestly missing is pop, the one-punch knockout power,” he said. “I can stand there and bang, I can box, I can out-think my opponent.

“I can improve, but you can’t do much about having power. Either you have it or you don’t. In boxing, it’s hit and not get hit, it’s not called knockout.”

Storylines: Colbert was born and raised in Brooklyn. His mother has 10 children and his father three. His father is of Mexican decent and boxed there before moving to New York.

His early years in the New York borough were difficult, but helped cultivate an eventual interest in boxing at 14.

“Hell yeah, it was tough,” he said. “That’s the reason I started boxing, because I used to fight everyday. I was small so people thought they could try me.

“I was going to fight someone one day and we went to the gym to fight. I wasn’t expecting there to be coaches, I just expected there to be a ring. My first day I sparred a kid with 60 amateur fights. I hung in there, but he beat me up and that made me want to come everyday.”

As he honed his new craft, his interest was piqued further when he heard about the huge purses Floyd Mayweather Jr. was making.

His father, who is also his trainer, was a skilled amateur in his own right, winning the New York Golden Gloves novice championship in 1986 and later the PAL.

Colbert has a handful of boxing heroes including Andre Ward, Bernard Hopkins, Mayweather and Whitaker.

Colbert’s nickname used to be called “Lil B-Hop” after Hopkins. However, now he prefers “Prime Time.”

“Deion Sanders is the greatest cornerback in NFL history,” he said, explaining where the new nickname came from. “They called him ‘Prime Time,’ because they were scared to throw the ball his way. They knew when the ball was in the air, he was taking it and going home with it and that’s how it is in the boxing game.

Colbert has a young son who he enjoys spending time with. He likes to relax and bowl. He was featured in the Netflix documentary “Counterpunch.” https://www.imdb.com/title/tt7022034/?ref_=nv_sr_2?ref_=nv_sr_2 [imdb.com]