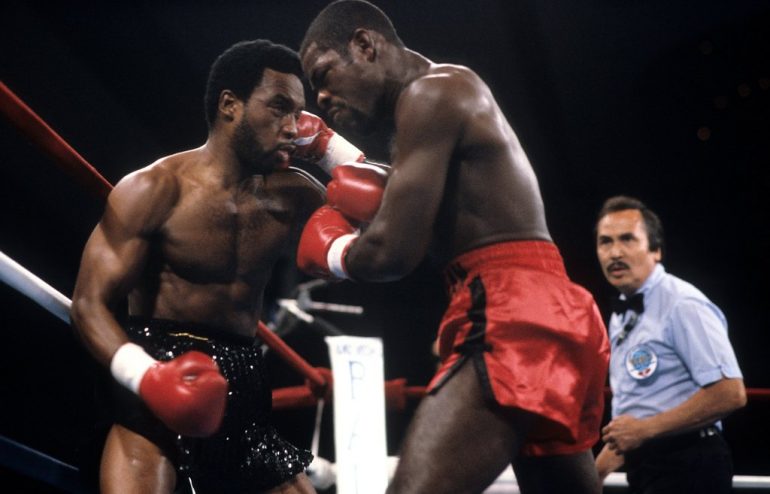 Benn (left) and Barkley go to war. Photo from The Ring Archive
18
Aug
by The Ring

On August 19, 1990 at Bally’s in Las Vegas, British star Nigel Benn made the first defense of his WBO middleweight title against the hard-hitting American Iran Barkley. Benn, known as “The Dark Destroyer” had won the title four months earlier by scoring an eighth-round stoppage over rugged veteran Doug DeWitt in Atlantic City and was on very good form. Barkley was coming off two close decision losses to Michael Nunn and Roberto Duran, but he was a very dangerous opponent and many experts picked him to prevail. 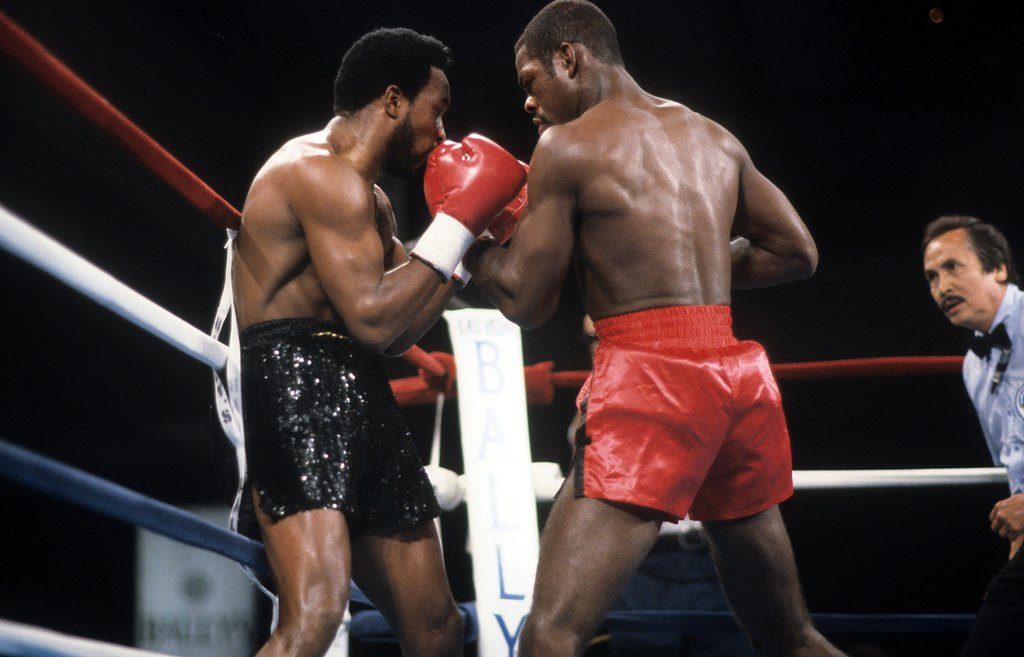 Benn (left) defeated Barkley inside three minutes but didn’t have everything his own way. Photo from The Ring Archive

A rampaging Benn attacked from the opening bell, surprising his foe with the suddenness of his attack. Barkley was floored by a big left hook inside the opening 20 seconds and was still unsteady when referee Carlos Padilla wiped off his gloves. However, fighting for survival against Benn’s follow-up assault, Barkley tagged his man with a sharp left hook that suddenly turned the tables. “The Blade” went for the finish, but Benn avoided the worst of it, bided his time and unleashed a devastating series of power shots that floored the challenger again. Barkley found his feet but was badly shaken and another big combination forced him down for a third time. The bout was stopped on the three knockdown rule at 2:57. 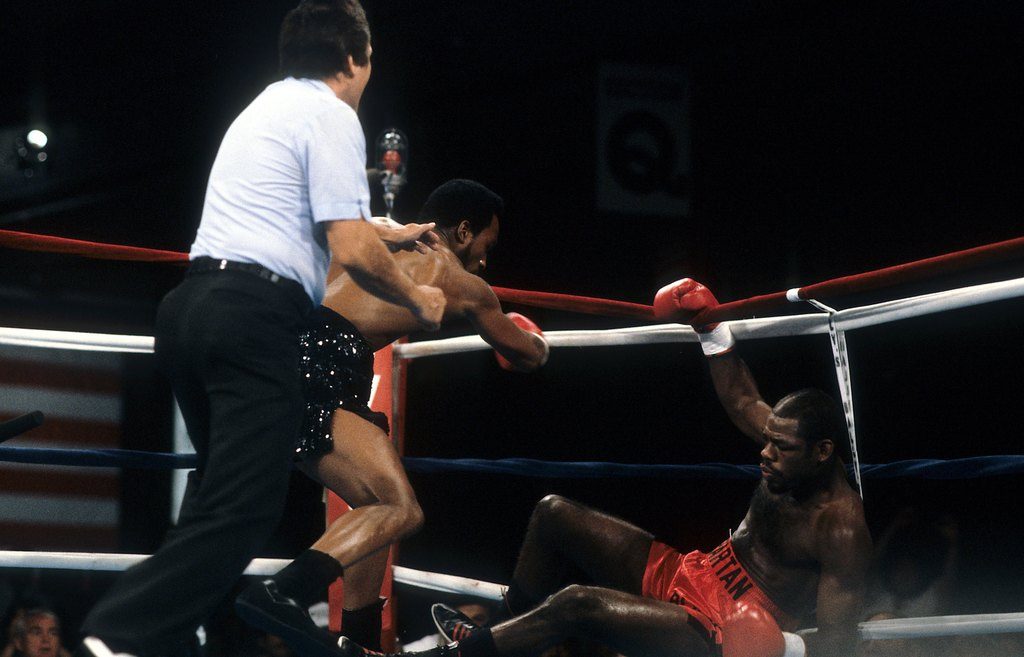 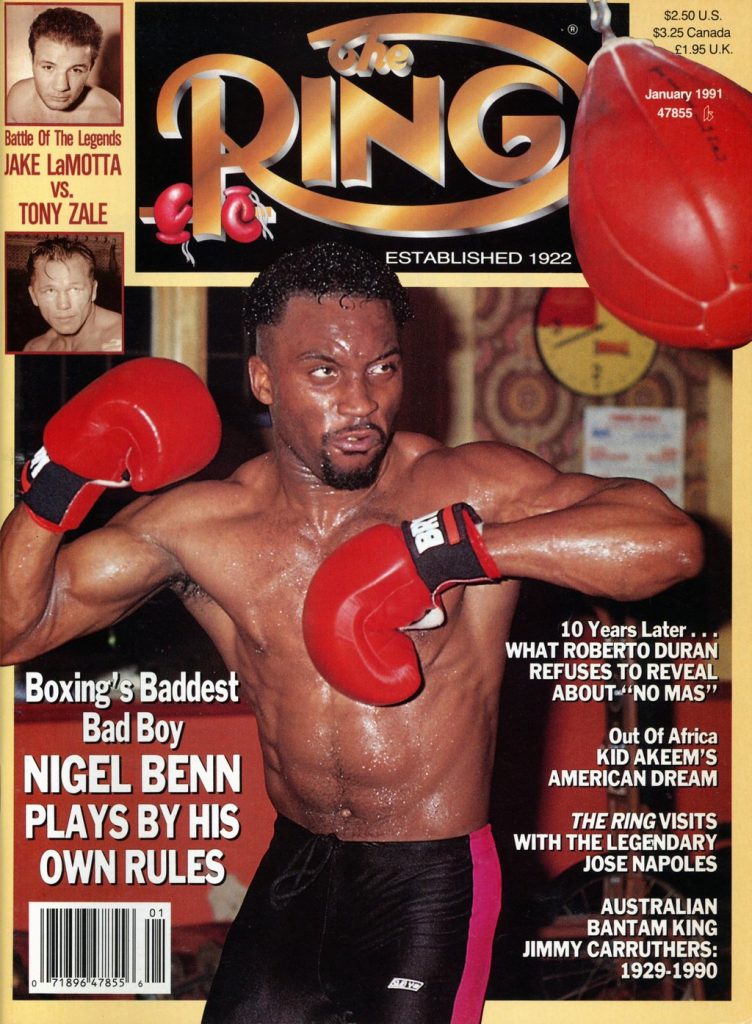