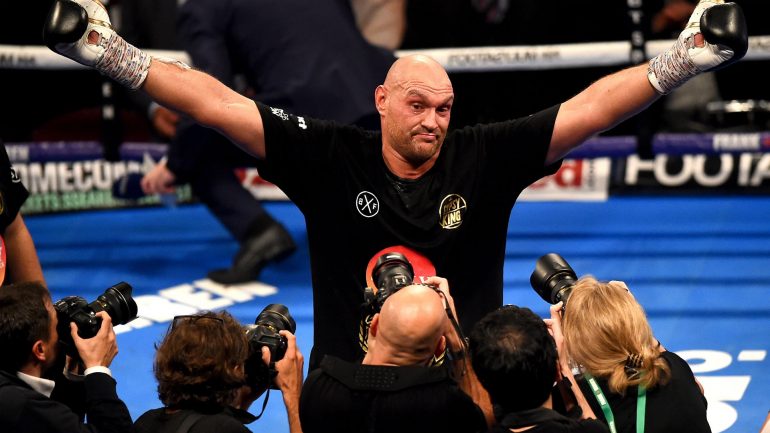 Fury made the announcement on Friday during a guest appearance on ESPN’s ‘Now or Never’ show.

During a ‘Random Question’ segment, Fury was asked about Wilder’s bout against Luis Ortiz, scheduled for November 9. The lineal heavyweight champion confirmed a rematch against Wilder is signed contingent upon both fighters winning their next bouts in the coming months.

“The rematch is signed (for) Febraury 22 (in) Las Vegas, Nevada,” said Fury. “If we both get through our next fights, then we’re going to fight on February 22 in a rematch.”

Fury (28-0-1, 22 knockouts) will face unbeaten Otto Wallin at the T-Mobile Arena in Las Vegas on September 14. The fight will be streamed live on ESPN+. In his last bout, which also took place in Las Vegas, Fury stopped Tom Schwarz of Germany in the second round.

Wilder’s fight against Ortiz does not have a location yet, although rumors have indicated Staples Center in Los Angeles and the Barclays Center in Brooklyn as the leading contenders. Wilder overcame a strong challenge by the southpaw Ortiz in their first fight last March. Wilder was hurt in Round 7, but eventually stopped Ortiz in Round 10 in Brooklyn. 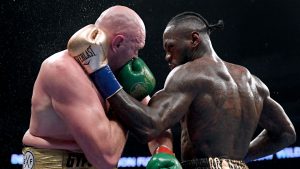 Fury and Wilder fought to an entertaining split-decision draw on December 1 in Los Angeles. Despite getting knocked down twice by Wilder, many ringside media thought Fury won enough rounds to defeat Wilder by decision.

The 31-year-old Fury, who is originally from Manchester, England and is training in Las Vegas, not only was critical of the scoring of the fight, but that the judges were not going to give him a fair shake, should the fight went the distance.

“I was so far ahead on points, (that) the knockdown in the last round doesn’t alter anything,” said Fury, who has a co-promotional deal with Top Rank and Frank Warren. “It doesn’t mean nothing. So they were going to rob me anyway. They were going to do it whether I got knocked down 20 times or none.”

Fury explained later in the show he does not want to leave the fate of the rematch to the judges and is aiming in stopping the 33-year-old Wilder.

“I have to knock him out in the rematch.”