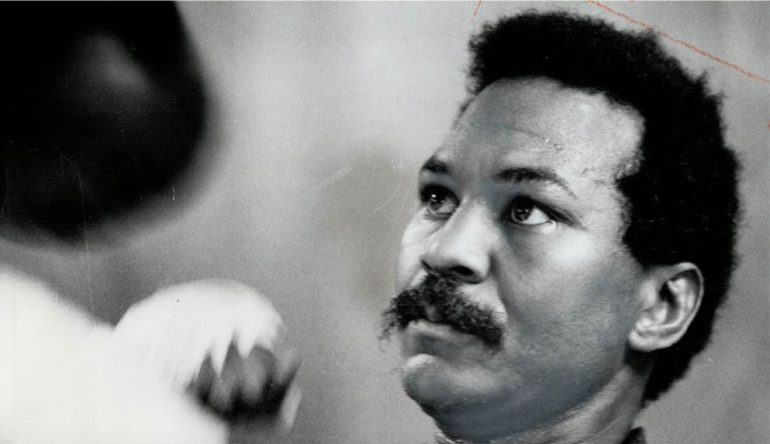 Jose Napoles, whose boxing style was so smooth he was known as Mantequilla, has died at age 79, the World Boxing Council announced Friday. He was 79 years old and died with his children and grandchildren at his side in Mexico City.

Reports had circulated in recent years of Napoles’ failing health, which were enumerated in a 2018 story with Mexico’s La Razon to include Alzheimer’s and hypertension.

Napoles (81-7, 54 knockouts) was born in Santiago de Cuba on April 13, 1940 and is often regarded as his native country’s greatest professional fighter, having reigned twice as undisputed welterweight champion from 1969-70 and 71-75 for a total of 13 title defenses.

Napoles turned pro in 1958 and fought his first 21 bouts in Cuba before relocating to Mexico in 1962 as Fidel Castro banned boxing and tensions escalated with the United States. He sat out over a year before returning to the ring in his new home of Mexico, where he eventually became a citizen.

His first title opportunity didn’t come until his 64th fight, when he moved up from the lightweight and junior welterweight divisions to face Curtis Cokes for the welterweight championship in Inglewood, Calif. Napoles was too much for the American, using his slick movement to set up angles from which Cokes was unable to defend and he remained in his corner after the 13th round. A rematch two months later in Mexico City produced a similar result, but this time after the tenth.

Napoles made another defense against Emile Griffith, winning a unanimous decision, and then stopped Ernie Lopez in the 15th to retain the championship again. Napoles’ first reign came to an end at the closing of 1970 when severe cuts forced a stoppage in the fourth against Billy Backus.

They faced off again the following year, and this time it was Backus’ turn to have his vision obscured by blood as Napoles found the target repeatedly with his right hands. A battered Backus seemed to collapse more from the accumulation of punishment for two knockdowns in the eighth, at which point the referee stopped the contest.

From then until his final bout Napoles lost just once, stepping up to middleweight and losing to the much larger Carlos Monzon in a shot at a championship in a second title, remaining on his stool after the sixth. He traveled to England, France and Canada in title defenses during his second reign. Napoles retired for good in 1975 after losing the welterweight crown to John H. Stracey, once again on cuts.

Napoles was the last surviving member of the International Boxing Hall of Fame’s inaugural class of 1990.