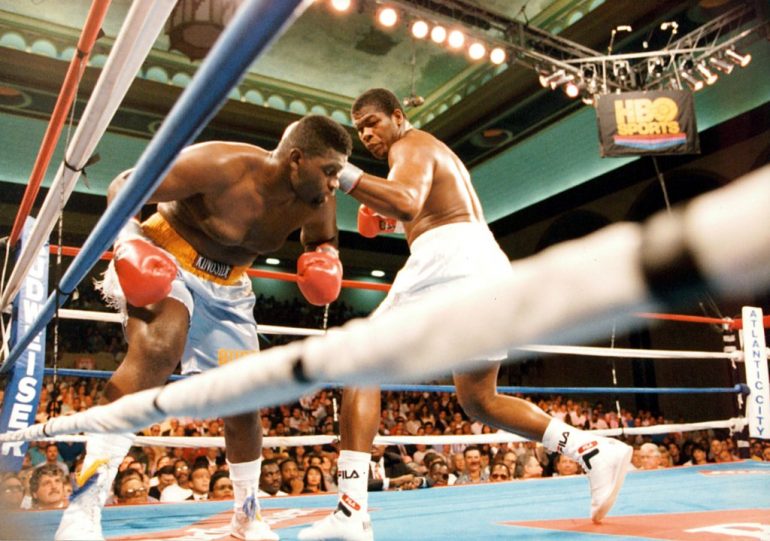 Bowe (R) lands a punch on Mathis Jr. Photo from The Ring Archive
13
Aug
by The Ring

On August 13, 1994 at the Convention Hall in Atlantic City, former heavyweight champion of the world Riddick Bowe faced off against unbeaten contender Buster Mathis Jr. over 10 rounds.

The vastly more experienced Bowe won the first three sessions comfortably and began to go through the gears in the fourth, eventually forcing Mathis to take a knee. In the heat of battle, Bowe continued to fire and clubbed his dazed opponent with a devastating right. The initial talk was that Bowe would be disqualified for the infringement, but the decision was made to declare the bout a no contest.

Controversy would continue to follow Bowe who slugged his next opponent, Larry Donald, with a huge two-piece combo at the opening press conference. He would go on to defeat Donald by unanimous decision. Bowe also claimed two DQ wins over Andrew Golota in 1996, when the Polish contender was unbelievably disqualified twice for low blows.

Mathis Jr., whose father fought both Muhammad Ali and Joe Frazier in his own career, had one more notable fight. He was knocked out in three rounds by Mike Tyson in December 1995 and retired the following year. 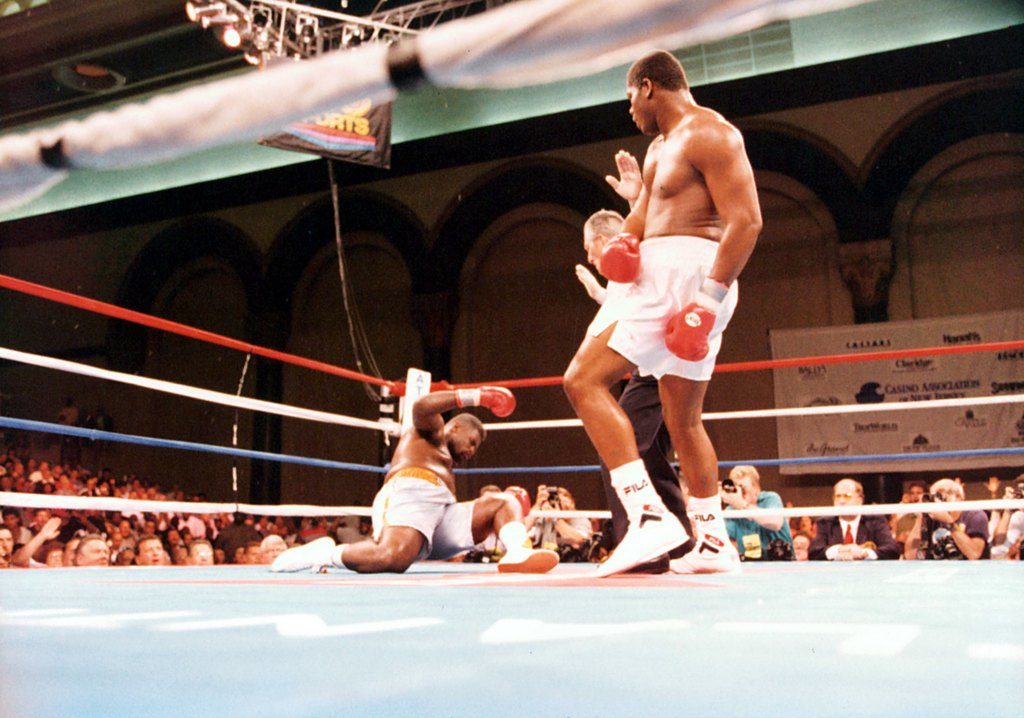 Bowe floors Mathis Jr. with an illegal blow. Photo from The Ring Archive