Emanuel Navarrete ready for Francisco De Vaca, eager to unify at 122 pounds and move up 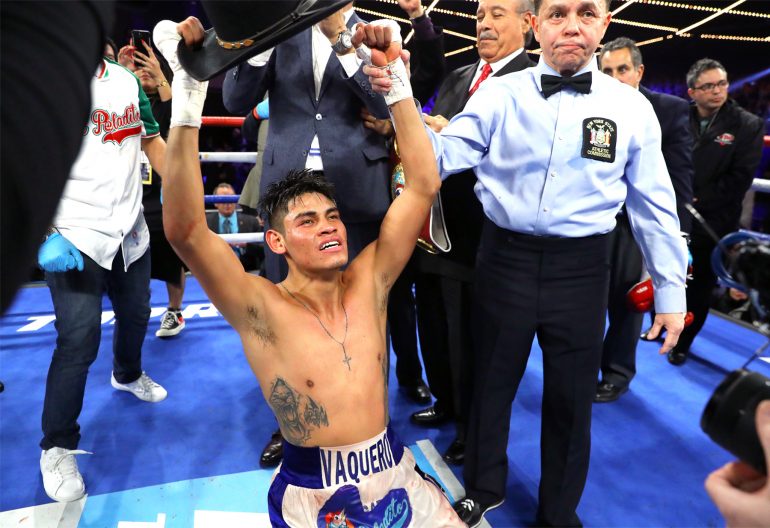 Big-punching junior featherweight Emanuel Navarrete will defend his WBO title against the unheralded Francisco De Vaca at the Banc of California Stadium in Los Angeles on Saturday.

Navarrete, who is rated No. 3 by The Ring at 122 pounds, returns to action just three months after stopping former titleholder Isaac Dogboe and the Mexico City star in eager to build upon that dominating performance.

“I see (De Vaca) as an obstacle,” Navarrete (27-1, 23 knockouts) told The Ring through Noe Alvarez from the Alto Boxing Club in Tijuana. “It’s another step to prove that I’m a real champion and I’m not here because of coincidence.

“To be honest, I don’t know much of him, but to be challenging for my title shows he is a legitimate opponent. I don’t know of his weaknesses but come fight night we will see.”

Navarette, nicknamed “Vaquero” (Cowboy), scored one of the biggest upsets of 2018 when he won a convincing unanimous decision over Dogboe in December. In the rematch, he proved that result was no fluke, stopping the tough Ghanaian in the 12th round.

“I was very pleased to have achieved my goal, and my work as an athlete has grown favorably.” said Navarrete of his career-best victories.

However, the 24-year-old hitter is now fully focused on the task in hand and hopes that a win will lead to bigger and better opportunities.

“After facing De Vaca and, God willing, (achieving) victory, I want to sweep the entire division, unify and move on to 126,” Navarette explained. “You all know who the other champions are. By the way, I send salutations to every one of them. Let’s stop avoiding and have the best of the best face each other.”

De Vaca (20-0, 6 KOs) turned professional in 2013. The Michoacan, Mexico native now resides in Phoenix, Arizona and has fought all but two of his fights there. He has defeated seasoned pros Victor Proa (UD 10) and Christian Esquivel (KO 6), but Navarette represents a huge step up in class.

The bout will be televised on ESPN+