The Future and FITE 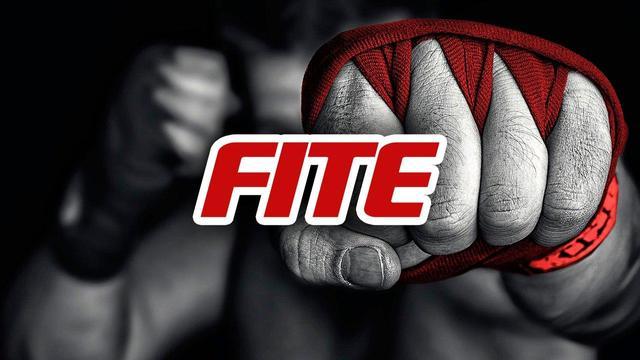 FITE is a subsidiary of Flipps Media, a small technology company that patented a technology that allows users to download programming from the cloud and cast it to a smart TV by means of an application on the user’s smart phone. In other words, users no longer need a computer to watch internet programming on their television set.

Flipps founded FITE in 2016 to exploit this technology in conjunction with combat sports. FITE also allows viewers to watch programming on a computer or tablet without downloading its app by going directly to the FITE website.

FITE’s only permanent office is in Bulgaria. That’s where company CEO and founder Kosta Jordanov lives and a 20-person technology team is located. It has six employees in the United States.

FITE began acquiring content in 2016 and streamed several small events that year. Since then, its footprint has grown.

There’s an enormous amount of boxing available now on television and streaming video. This means that fans are becoming more discriminating about what they watch, which is a problem for some networks and promoters. But not for FITE. 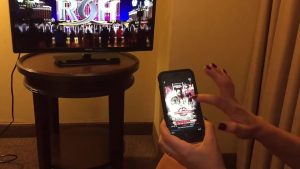 FITE is a distributor. It’s a vehicle (often one of many) by which viewers can buy a given pay-per-view combat sports event. It has the ability to stream dozens of live events and accommodate an unlimited number of viewers simultaneously with HDTV transmission and no buffering. It can throw as many events as it wants against the wall and see what sticks.

“We don’t reach into our pocket for millions of dollars to buy programming,” Langbord explains. “We don’t produce shows or control content. You provide us with a signal and, at no further cost to you, we’ll distribute it on a revenue share basis. We’re not looking for exclusives. We’re happy to be one piece of your puzzle. It’s as simple as that.”

But not simple from a technological point of view. By way of example; FITE was rebuffed in its attempt to participate in distributing streaming video of last November’s match between Tiger Woods and Phil Mickelson. The promotion opted for an exclusive digital distributor instead. Then the online pay-per-view ordering system crashed under the weight of last-minute orders; the promotion opened up a free internet stream; and cable companies refunded the cable purchase price to buyers who had paid for the promotion.

“We’ve handled much bigger events than that and much heavier traffic without a problem,” Langbord says.

For each pay-per-view event that FITE distributes, there’s a negotiated split of revenue between FITE and the content provider. The split (which industry sources say ranges from 50-50 to 70-30 in favor of the provider) is always more favorable that the split offered to the provider by basic cable or satellite distributors.

The price to the public to watch an event on FITE matches the “suggested retail price” in whatever market an event is streamed. Content can be geo-priced and geo-blocked.

If FITE distributes an event in a foreign country, it’s distributed in the language (or languages) supplied by the content provider. The exception to this is an agreement by FITE to provide Spanish-language audio for some of Canelo Alvarez’s fights.

In marketing events, FITE can turn to a list of 1.5 million registered users, many of whom have downloaded the FITE app and each of whom has provided the company with an email address. There’s some free programming, most of which is promotional material for pay-per-view events that FITE intends to distribute.

“Our pitch to content providers is simple,” Langbord says. “We tell them, ‘We’re willing to come in at the last minute and fill in the gaps on your map around the world. Come to us and you can get worldwide distribution with one contract.

“If you haven’t sold rights to distribute your event in Serbia, we’ll make it available in Serbia for whatever price you want. No matter how many buys we get, it’s found money for you at no cost to the promotion.'”

“And there’s a nice side benefit to working with FITE,” Langbord adds. “We can track numbers as they’re coming in. How many households are buying an event? Where are they located? How many are watching at any given time? It takes days, sometimes weeks, to get these numbers from traditional cable-TV distribution. With FITE, you get them in real time.”

FITE now streams roughly two dozen events each week, most of them on Friday and Saturday nights. It’s the sole distributor for many small independent shows and participates in the distribution of larger ones. It has reached a point where it turns down content if the proposed programming falls short of its production standards or will appeal to too small an audience. It has been unable to close a deal with WWE, and an old deal with UFC expired. But FITE currently distributes programming for Top Rank, Premier Boxing Champions, and Golden Boy among other content providers. 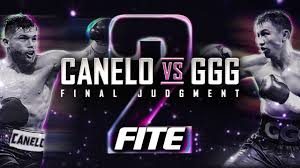 It also distributes Canelo Alvarez’s fights in markets where DAZN doesn’t have a channel and hasn’t otherwise disposed of rights to a given Canelo bout. FITE doesn’t reveal buy numbers to the public. But industry sources say that its most successful distribution effort to date was Canelo-Golovkin 2 where FITE generated almost 50,000 additional PPV buys for the promotion.

That brings us to Manny Pacquiao vs. Keith Thurman.

Initially, PBC granted non-exclusive rights to FITE to distribute Pacquiao-Thurman in the United States, Canada, and (jointly with ITV) the United Kingdom and Ireland. Other markets were off limits while PBC tried to sell rights on its own, often on an exclusive basis.

“We make it easy to do business with us,” Langbord says. “Our feelings aren’t hurt if you come to us after you couldn’t sell something somewhere else.” 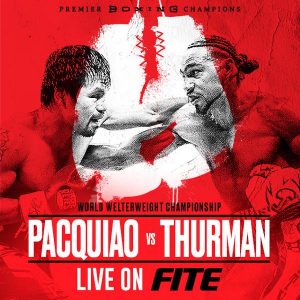 Most of the orders for Pacquiao-Thurman were placed on fight night.

“Wrestling fans buy shows in advance,” FITE COO Michael Weber notes. “Boxing fans buy late. At least one-third of our buys for boxing come in after the pay-per-view event has started; some as late as the first round or two of the main event.”

So far, FITE has spent small and smart. It was built with a modest capital investment of roughly $9 million. Start-up costs have not been recouped yet, but the company began operating in the black this year. Its technology is constantly being upgraded to accommodate new equipment and new platforms. Growth has been constant.

At some point in the future, FITE might expand its one-event-at-a-time formula to offer subscriptions to sites like DAZN and Box Nation. It’s also considering expanding into the distribution of music events and other sports like motor racing.

“Streaming video is only going to get bigger,” Mike Weber says. “Cord-cutting is the wave of the future. When FITE launched in 2016, 20 percent of households in the United States didn’t have cable or satellite TV. Now that number is 35 percent.”

And there’s another significant change that Weber sees unfolding: “Promoters are now starting to call us rather than our having to call them to pitch our product.”

Thomas Hauser’s email address is [email protected] His most recent book – Protect Yourself at All Times  – was published by the University of Arkansas Press. In 2004, the Boxing Writers Association of America honored Hauser with the Nat Fleischer Award for career excellence in boxing journalism.