Maurice Hooker ready for any challenge, from fighting the best to raising eight children 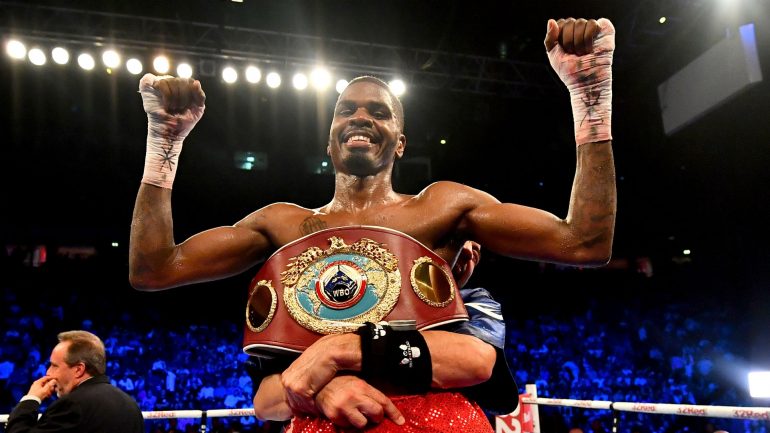 DALLAS — Nothing has come easy for Maurice Hooker. And he wouldn’t have it any other way.

He fought to escape the dangerous confines of Oak Cliff, Texas, where murder and mayhem surrounded Hooker’s childhood. He fought to get eight children of his own as far away from that chaos as possible. He fought for his status as a road warrior who has had to face opponents amid hostile crowds who viewed as nothing but an enemy.

Mighty Mo has readily stared adversity in its face, Now, he’s ready for the payoff.

Join DAZN to watch Hooker vs. Ramirez on July 27 and 100+ fight nights a year

The 29-year-old WBO junior welterweight champion will look to unify against WBC champion Jose Ramirez roughly 10 miles from the city where he grew up, in front of his friends and family, in the main event on DAZN at the College Park Center. It should be a joyous occasion where Hooker will earn his first seven-figure payday — but Hooker only sees the road ahead.

“It doesn’t matter where I’m fighting because I still have to go in there and do my job,” Hooker told Sporting News, wiping sweat from his brow at the Maple Avenue Gym. He’s making his final preparations to face Ramirez, an opponent who has routinely fought in front of his hometown of Fresno, Calif. and drawn huge crowds.

To Ramirez’s credit, he was willing to make the journey to foreign territory (Texas) on a foreign network (DAZN) against a 5-11 junior welterweight with an 80-inch reach.

“I don’t know how (Matchroom Boxing’s) Eddie Hearn did it but I’m happy he did,” Hooker said, giving credit to Ramirez for accepting the fight. “I am fighting at home where my fans, family and friends will come to see me, so I need to bring my A-game and nothing less. I want to give everybody a show and show them why I am a world champion.”

The quest to become a champion began when Hooker was a pre-teen who simply enjoyed beating people up. He’s not proud of it, but states it matter of factly.

“I just liked to fight,” said Hooker, who is co-promoted by Roc Nation Sports and Matchroom Boxing. Maybe it was because he had to watch his mother and brother fight drug addiction. Or it could have been that time his family’s apartment was robbed and had a gun put to his head while his stepfather and the rest of his siblings were threatened. Who knows exactly what triggered Hooker’s anger, but that energy needed to be channeled somewhere — anywhere.

“I was fighting a lot of the streets, so my stepfather took me to the gym to get beat up and teach me a lesson,” Hooker recalled of his introduction to boxing. Hooker’s stepfather, whom he credits heavily for keeping him out of trouble, was once a boxer and understood how that form of discipline could help keep the young Hooker off the streets.

The intention was for Hooker to learn that he just couldn’t beat everyone up. The result was much different.

“I surprised everybody when I beat a couple of guys up and fell in love with boxing after that,” he said. “I loved it.”

MORE: Hooker vs. Ramirez: How to bet, expert pick and more

Hooker’s desire to roam the streets in search of trouble was replaced with training inside the musty confines of the original Maple Avenue Gym, which existed a few blocks away from the 7,000-square-foot facility he’s in today. Admittedly, he’s not a big fan of the new location.

“This gym is too big,” Hooker said, laughing. “I understand you have to make money, but I miss the smell and the sounds of an old gym. (The original Maple Avenue Gym) was small and important. There’s something about a dirty locker, that funk of sweat that lets you know they are working. You walk into gyms now and smell incense and cologne. Ain’t nobody in there working!”

That’s “Mighty Mo.” If there’s a microcosm of ease, it ain’t worth his time.

Hooker’s excellent 97-7 amateur record wasn’t the reason he believed he could make a living off of boxing. Strangely enough, it was the first time he lost when he realized that he had more to give to boxing.

“When you lose and you knew you could do better, it will eat you up,” he explains. “It haunts you to be in a situation where you maybe didn’t give it your all. So now I do.”

Hooker was greeted by the professional ranks with a draw against Tyrone Chatman in Chatman’s hometown of St, Louis. It’s a fight Hooker thought he clearly won, but quickly realized that he wasn’t just fighting the opponent — he was fighting the environment. Two more draws checkered his professional record, but he found himself in position to fight for a world title.

Once again, it wouldn’t be easy.

Hooker went into then-undefeated Terry Flanagan’s backyard of Manchester, England and won the vacant WBO title by split decision last June, following that performance by once again entering enemy territory and stopping Alex Saucedo in the opponent’s hometown of Oklahoma City. Another title defense followed against Mikkel LesPierre all the way up on Verona, N.Y., in March. Now, he finally has the opportunity to fight at home in a unification fight that will get him one step closer to becoming the undisputed champion of the world.

Oh, and along the way, Hooker had eight children. That was more than enough to shift the motivation from fighting because he enjoyed it to fighting for the future of his children. Again, if it was easy, it wouldn’t be part of Mighty Mo’s journey.

“No matter what happens, I know I have eight people that support me and I have to support them,” Hooker said of his children, his oldest 9. “I have to go hard. I’m fighting for a lot of futures. Jose is just in my way. It isn’t personal. I’m just trying to take his head off his neck.”

With the children still living in the Dallas area — not too far from where he was raised — Hooker opines about the day when he can get all his kids out of the area and away from danger. And even though his kids don’t quite understand why daddy fights, he believes they’ll eventually comprehend he did it to give them an alternate path to life.

“They know daddy is going in there to fight,” he says. “They think to impress me that they have to fight, too. But I don’t want them to fight. I fight so they don’t have to. I want them to be something else. Boxing is hard.”

Ah, there it is: something that he wants to be easy. Though all of this conversation of his uphill climb, we finally figure out he’s paving these rough patches to make the road to a successful future for his children’s easier than the one he had.

Providing for one child is difficult enough. But, as always, Hooker is up to the task. And should he get past Jose Ramirez on Saturday, Hooker will aim to further unify by challenging the winner of the upcoming fight between WBA champion Regis Prograis and IBF titleist Josh Prograis.

But before that fight, he will task himself with the difficult challenge of the year: taking all eight of his children to Disneyland.

“That’s what I’m going to do!” Hooker said. “Eight flights and rooms and eight tickets to Disneyland. Imagine that!”

He smiles. As difficult as it all sounds to the average person, he’s been through more than enough to enjoy that particular challenge.