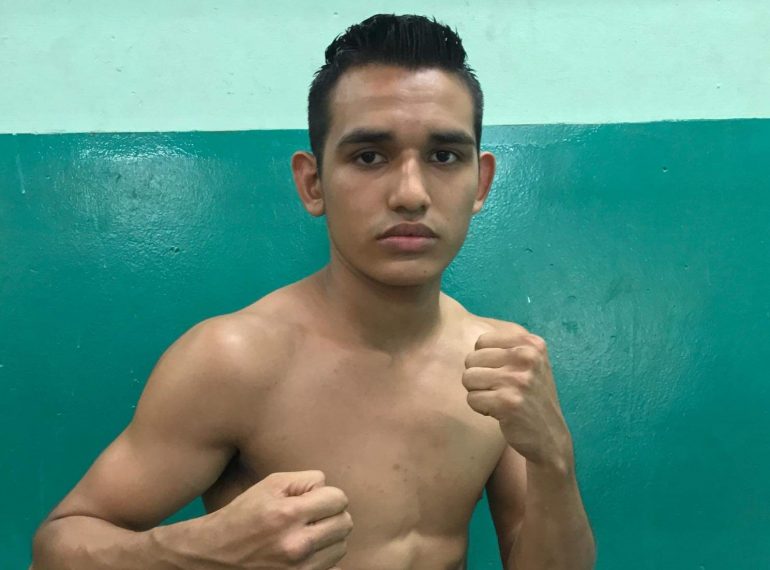 Best night of pro career and why: Lopez is most pleased with his performance against Jose Maria Cardenas last August.

“The night I fought for the NABA title,” Lopez told The Ring through manager William Ramirez. “That was a very difficult fight, however, with the grace of God and my will to leave it all in the ring, we were able to win a unanimous decision and walk away with the NABA title, which helped me get ranked within the upper-tier of the WBA bantamweight division.”

Worst night of pro career and why: The young Nicaraguan is disappointed with how he gassed in the later rounds against Hugo Hernandez Aguilar in March 2017.

“The night that I fought for the WBC junior bantamweight Latino title,” Lopez said. “I only had one six-fight and it was the first time I would be fighting 10 rounds, but it was an opportunity that I couldn’t let slip by.

“I felt fine in the first seven rounds, which I felt I won easily. However, I was very unsatisfied with my final three rounds and I felt I lost those rounds. I came out with a unanimous decision but it left me with a bad taste in my mouth.”

Next Fight: Lopez will fight for the third time this year when he faces Lucas Baez (35-18-5, 19 KOs) at the Miccosukee Indian Gaming Resort in Miami, Florida on Friday.

“I feel I should never underestimate any fighter and prepare myself as I do for all of my fights,” Lopez said of his up-coming assignment. “I’ve seen my opponent on video and he is a warrior as most Argentineans tend to be.

“I believe that with my ability to fight at a distance, using my speed and quickness, and with the grace of God, we should come out victorious again with my arm being raised.”

Lopez should be too much for the Argentinean journeyman and judging by Baez’ recent results, he should get the stoppage.

Why he’s a prospect: Lopez was a successful amateur in Nicaragua before turning professional. As a junior he won eight national titles and was a Pan-Am student champion.

He elected to turn professional in 2015, one year before the Rio Olympics.

“I never had the opportunity to go and fight for my country as an Olympian,” Lopez said. “I would have liked to have done that but I was never afforded the opportunity, so I decided to turn pro at the age of 17.”

Lopez prefers not to focus on any one single attribute, believing the whole is greater than the sum of all parts.

“I don’t have any one specific attribute that leads me to win fights,” the young prospect said. “I feel that I always need to keep in mind my distance, my punching and my defense. I know how to combine those throughout my fights because not all fights are the same. One always has to have diverse strategies to be able to confront your rival and that’s the way I look to get a victory in any occasion.”

Why he’s a suspect: The 21-year-old has over 100 amateur fights behind him, losing just two. He is unbeaten as a professional, so he’s clearly doing something right.

He’s shown a willingness to learn and hone his craft, spending much of the past two years in Florida. He appears to have adapted to life well, winning five fights there so far. However, it’s still early days.

Lopez possesses good skills and, given time, might be able to compete at world level. His power is decent but a 55 percent KO ratio suggests he won’t be a big puncher at world level.

Storylines: Lopez first encountered boxing when he was six years old. He followed his eldest brother to the gym, however, when his brother graduated university he quit boxing. Lopez continued and when he was 14 he met his now manager William Ramirez.

“I met a wonderful person who, without knowing me or anything about me, began to help me and believe in me,” Lopez said proudly. “That gave me more motivation to continue today. He is an extremely special person in my life, with his unconditional faith in me and my family.

“Thanks to his help, I was able to make my professional debut at the age of 17. He has been at my side and all of my ups and downs and the same with my family. Today, as I think about this, I feel very happy that he has become my manager. I will always be indebted to him and appreciative to him. I think of him as my second father.”

“I like the style and quickness of Manny Pacquiao,” he revealed. “I also like Floyd Mayweather for his intelligence and the way he controls his rivals in the ring. Two styles that are very different but for me, without a doubt, they would be the perfect combination.”

Lopez has been engaged for five years and is focusing on boxing before having a family. Away from the sport he enjoys music, particularly electronic. He also likes to draw and play video games.