Jezreel Corrales: ‘Ladarius Miller is a great fighter, only my team and I know the weaknesses’ 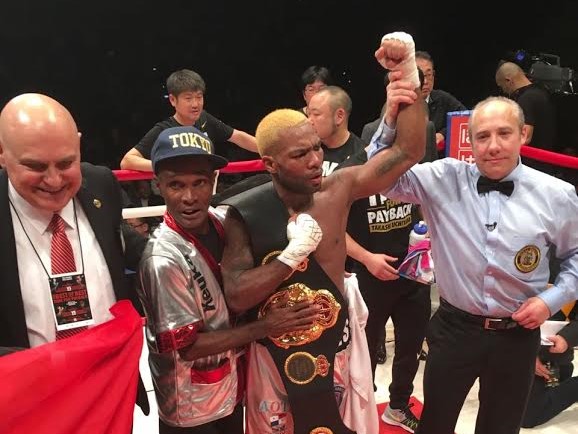 Former WBA 130-pound titleholder Jezreel Corrales will face Ladarius Miller in an intriguing 10-round lightweight contest on Saturday. The bout takes place on the undercard of Gervonta Davis-Ricardo Nunez at the Royal Farms Arena in Baltimore, Maryland.

Corrales (23-2, 9 knockouts) returned from an 18-month hiatus due to outside the ring troubles with a routine second-round stoppage of journeyman Onalvi Sierra in April. He is now stepping up with bigger fights in mind.

“I think it’s another opportunity to head for a world title again,” Corrales told The Ring through his promoter Rogelio Espino of Promociones Y Eventos del Istmo.

“Ladarius is a great fighter but I want a be world champion again. He’s a very accurate fighter and does not waste punches, only my team and I know the weaknesses.

“I am a boxer who prefers to kill the tiger and sell the skin. In the ring anything can happen. After I do my work we will see what my promoter has for me.”

Corrales, 28, has trained non-stop for four months at the famous Rockero Alcazar Gym in Panama City with José Murillo, José González and his brother Alejandro Corrales Jr. He will leave for America early fight week.

Espino, whose company has promoted eight world champions in 19 years of operation, appreciates the winner of the crossroads fight will be well-positioned.

“Miller is a tough fighter, very skillful,” said Espino. “It will be an interesting fight because Jezreel is also very skillful. Despite Jezreel fighting on April 30th here in Panama, it was only a two-round fight, so he has to overcome the two years since he has fought a top fighter.

“I hope his training and his dedication will help him win this fight, then he can move up to the top of the rankings again.”

Miller (19-1, 6 KOs) turned professional in 2014. He’s steadily worked his way through the ranks, rebounding from a loss to Rolando Chinea in his 10th outing. The 25-year-old owns a win over reigning WBO 130-pound belt-holder Jamel Herring in 2017.

The card will be televised on Showtime, beginning at 9:00 p.m. PT.