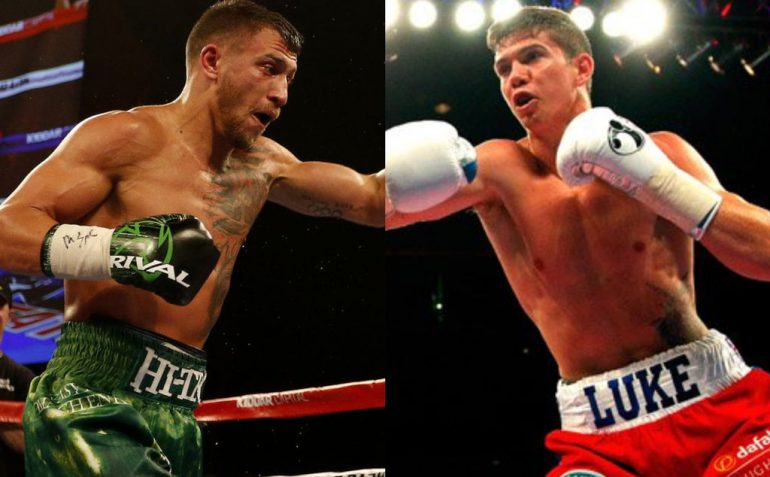 Vasiliy Lomachenko will defend Ring Magazine, WBA and WBO lightweight titles against Luke Campbell on August 31 at The O2 in London, live on Sky Sports Box Office in the U.K. and ESPN+ in the U.S. The vacant WBC title will also be at stake.

In his most recent outing, Lomachenko, rated No. 1 by The Ring pound-for-pound, took out mandatory challenger Anthony Crolla at the Staples Center in LA. The Ukrainian’s punching power, as well as his supreme boxing ability, was evident when he knocked out the Englishman with one punch in Round 4.

Lomachenko (13-1, 10 knockouts) now looks forward to making his U.K. professional debut in the very city where he claimed the second of two Olympic gold medals in 2012.

“It is very special for me to fight in London,” said the 31-year-old champion. “I visited last year, and the response from the people was overwhelming. They respect my fighting style and are passionate about boxing. I can’t wait to put on a great show for everyone.

“This is a fight for history because my goal is to unify all of the belts in the lightweight division. Luke Campbell is the next challenge for me on that journey. He is an excellent fighter who I remember well from the 2012 Olympics. He has a difficult style, and I cannot afford to overlook him.

Campbell, who is rated No. 2 by The Ring at 135 pounds, became the WBC mandatory challenger when he exacted revenge over Frenchman Yvan Mendy in September of last year. A former Olympic champion from London 2012 himself, Campbell’s only other setback came one year earlier when he got off the floor to push then-champion Jorge Linares to the limit in a razor-thin majority decision loss.

“He is ranked number one pound-for-pound on the planet so for me to fight a guy like that only encourages me more. I’m well aware of how good he is and what he is capable of doing, but I’m also well aware of what I can do and what I’m going to do.

“I think that I can knock out anyone that I hit right, I believe that I am one of the biggest punchers in the lightweight division. This is going to be the toughest fight of my life and I’m preparing for it, physically and mentally. This is Luke Campbell’s year; it’s my time.”

Tickets are available to purchase NOW for O2 Priority customers via The O2 www.theo2.co.uk and go on sale to Fight Pass members on Sunday July 21 at midday via StubHub www.stubhub.co.uk.

General Sale tickets are available to purchase from midday on Monday July 22 from StubHub, The O2 and Matchroom Boxing www.matchroomboxing.com)