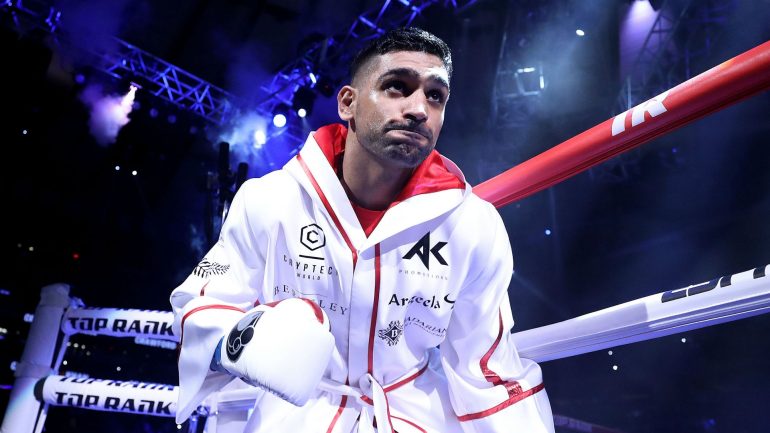 Prohibitive favorite Amir Khan scored a fourth-round stoppage over former featherweight titleholder Billy Dib at the King Abdullah Sports City in Jeddah, Saudi Arabia on Friday. The official time was 1:06 and the bout was scheduled for 12 rounds.

Khan, a former unified junior welterweight titleholder, dropped the Australian with a sharp counter left hook in the second and a powerful combination to body and head floored Dib again in the fourth. As the count was being administered, Dib’s corner threw in the towel and that was definitely a wise decision.

Dib, who had never boxed above the 130-pound limit, was in against a man who had competed against Canelo Alvarez at 155 pounds. The size disparity was enormous, as was the difference in skill, and against this level of competition, Khan will always have a field day. A stoppage win was as predictable as Tuesday following Monday.

Where does Khan go from here? Win or lose, the Olympic silver medalist from Athens 2004 is renowned for being in exciting fights, and his name recognition alone has the potential to secure him some solid paydays. Can he still make an impression at top level? Most experts doubt it.