Giovanni Mioletti to get his time in the ‘ShoBox’ spotlight 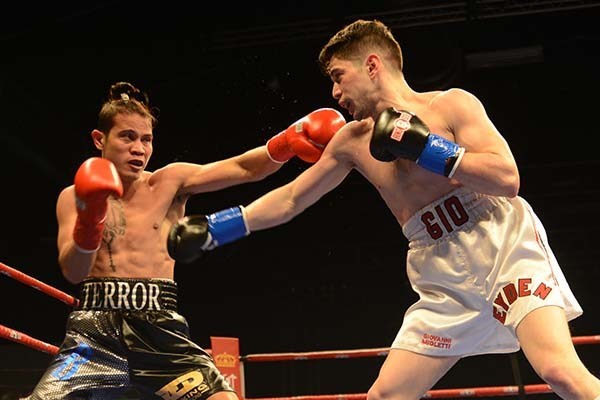 Giovanni Mioletti is not afraid to face difficult challenges in the ring. In fact, this has become the norm for the unbeaten junior lightweight prospect.

Mioletti has faced and defeated six unbeaten fighters thus far in his young career. He hopes to make it seven, on Friday night, when he squares off against Luis Porozo (14-0, 7 knockouts) at the Emerald Queen Casino in Tacoma, Washington.

The 24-year-old Mioletti (16-0, 7 KOs), who resides in Chicago, last fought on March 23, stopping Recky Dulay of the Philippines after the third round.

Mioletti’s fight was not originally planned to be part of the Showtime telecast, which also features two heavyweight fights. Mioletti vs. Porozo was added to the broadcast after a suitable opponent was finally found. Mioletti was ecstatic when he was told a few weeks ago that his fight would be part of a tripleheader.

“It was also a sense of relief for me,” Mioletti told RingTV.com on Tuesday. “It’s also surreal. I’ve put in the hard work over the last couple of years. I’m really going to embrace this opportunity, especially on a premium network like Showtime. I’ve never been more excited for a fight.”

Mioletti, who fought five times in 2018 and will be fighting for third time in 2019 on Friday night, has set his goals high since turning pro in April of 2016. Mioletti. In his second pro fight, he faced Jeremy McCleary, who entered the fight with an 8-2 record and had a partisan crowd cheering for him. Mioletti would win a one-sided decision.

Within his first nine pro bouts, Mioletti faced and defeated three unbeaten fighters but a win over Roberto Meza in August of 2017 helped his budding career take flight.

“I fought Meza near his backyard,” said Mioletti. “I made sure when he looked in my eyes that I was not afraid of him. The longer the fight progressed, the more confidence I had and I could sense he was doubting himself.”

Brian Halquist, a longtime promoter in the Pacific Northwest, signed Mioletti to a promotional deal after he stopped Ray Lampkin, who is from Portland and entered the bout unbeaten. Mioletti has continued winning, stopping his last four opponents, including former contenders Carlos Padilla and Antonio Escalante. 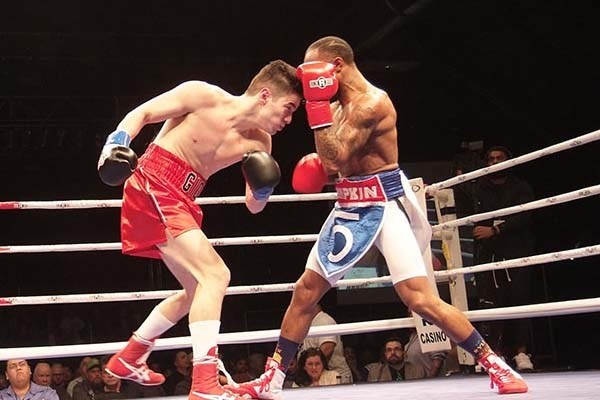 Mioletti has been eager to step up his opposition, including facing more unbeaten fighters, prospects and contenders.

“I’ve been flying under the radar thus far but I have always wanted to fight the best opposition. I see other young fighters whose careers have been managed. They fight guys just to build their records instead of fighting better opposition. Me? I want to fight the best and show that I’m a true fighter.”

Mioletti hopes an impressive victory Friday night will put him in the rankings of all the major sanctioning bodies. He is eager to face the best fighters at 130 pounds and is even eyeing a world title opportunity for later this year.

While that could be a bit ambitious, Mioletti has put his words into practice by facing unbeaten fighters or prospects. Mioletti can trace his confidence and directness from his Italian father and Mexican mother, as well as fighters he admired while growing up. That also includes working hard in the gym to be his best.

“I’m here to gain respect. I admired Manny Pacquiao, Floyd Mayweather (Jr.) and Oscar De La Hoya when I was growing up. I wanted to emulate them to become a bigger and better fighter. I want to become a top-10 fighter and contend for a world title.

“I want to show what type of fighter I really am. I practice every aspect of the game in the gym and I believe I’m putting it all together. I’m willing to step in against the best guys in the division.”