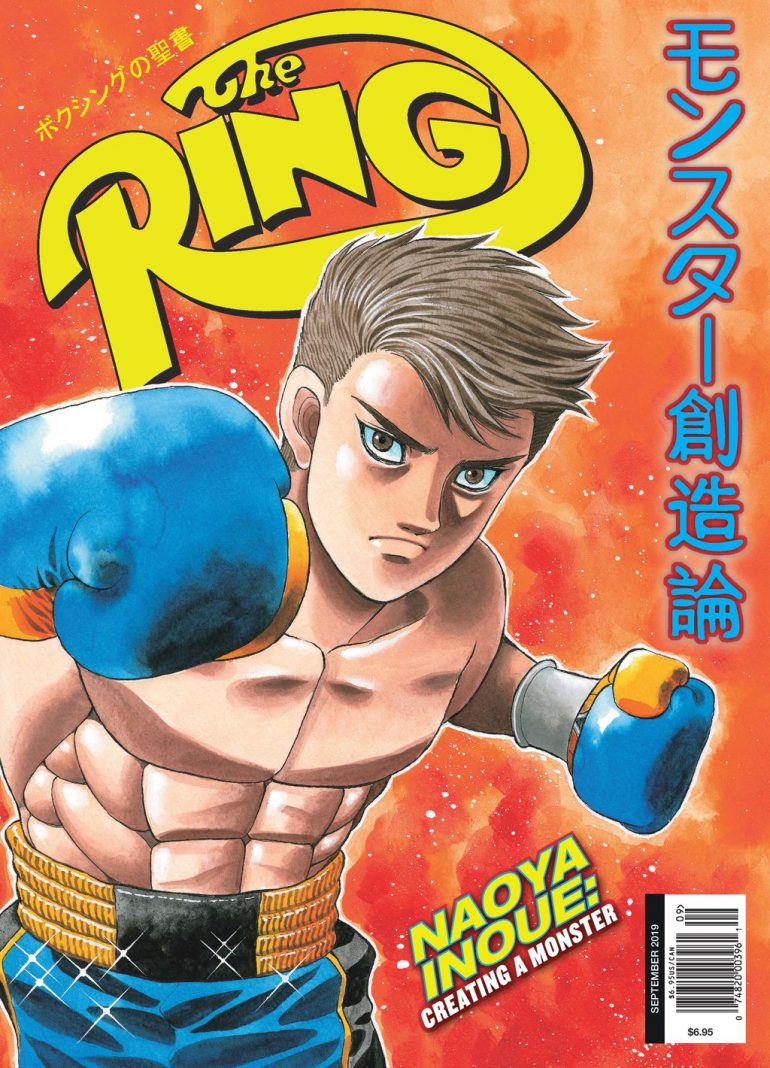 The new cover art for The Ring Magazine is all of these things and more, and just like it’s subject – unbeaten three-weight world champion and pound-for-pound superstar Naoya Inoue – it certainly packs a punch.

Inoue, who will meet the great Nonito Donaire in the tournament final, is one of the most exciting fighters in boxing today. The 26-year-old power-puncher is hugely popular in Japan, and his destructive performances in the WBSS have bolstered his reputation the world over.

The Ring wanted to do something special in terms of concept art and incredibly we were able to enlist the services of George Morikawa, one of the standout manga authors in the world today.

Morikawa created the critically acclaimed boxing manga series Hajime no Ippo (The First Step), which has sold approximately 100 million copies worldwide. In recent years, the series has also been the subject of television shows and video games.

“It was an honor to draw the cover artwork for The Ring Magazine,” said Morikawa, who also owns the JB Sports Gym in Tokyo. “Naoya Inoue is a special fighter to me as a fellow Japanese. I drew the artwork with all my heart as a fan of boxing and a fan of Naoya.”

Ring Magazine Editor-In-Chief Doug Fischer, a longtime fan of manga art and anime, was proud to witness his two passions combine for a unique and dynamic cover.

“The editorial board is overjoyed to have a manga legend grace us with his art,” said Fischer. “It’s fitting that the creator of a long-running boxing-themed manga – first presented in Weekly Shōnen Magazine, one of Japan’s oldest manga anthology publications – provide his talents for the oldest boxing magazine in America.”