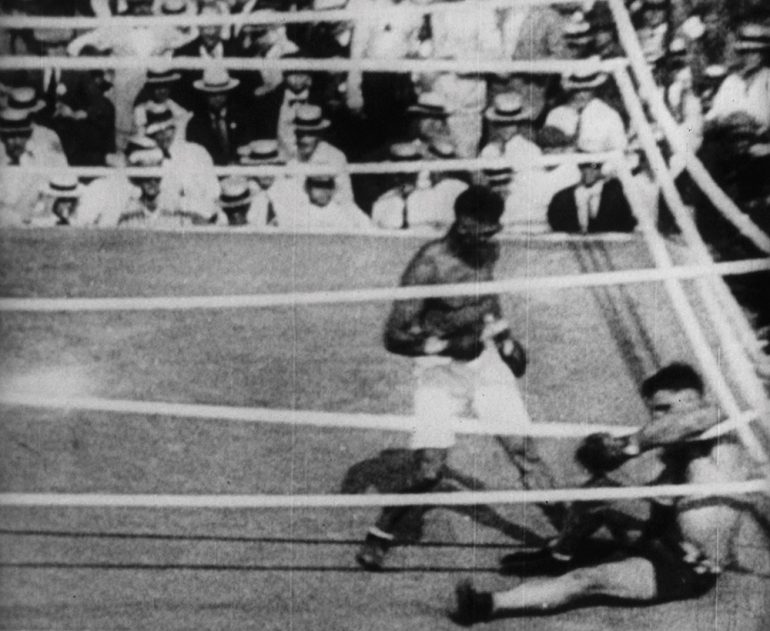 Jack Dempsey knocks out Jess Willard in 1919. Photo from The Ring archive
04
Jul
by Lee Groves

Editor’s Note: The following is a segment from a feature entitled ‘Notable July 4 fights’ that was first published in 2013.

This was the fight that launched a Golden Era. Since the departure of John L. Sullivan in 1892, his successors to the heavyweight throne may have had the requisite skills but they lacked the Great John L.’s star power and compelling life story. Dempsey, a hardscrabble battler who spent part of his life as a hobo, certainly boasted a tale that resonated with the common man but the power generated by his fists was decidedly uncommon. Dempsey had amassed 44 knockouts in 54 wins, including seven in a row and 21 of his last 22 wins. But the sight of the 6-1, 187-pound Dempsey standing next to the 6-6¾, 245-pound Willard was too much for many bettors to bear as the “Pottawatamie Giant” was listed as a 6-to-5 choice.

Those who placed bets also remembered that Willard’s blows had killed Bull Young. One of those men was Dempsey’s promoter Jack Kearns, who reportedly told his charge to go down and stay down if Willard hurt him. However, Kearns was confident that wouldn’t happen, for he placed a $10,000 bet at 10-to-1 odds that Dempsey would score his 26th first round knockout victory.

Under a scorching sun that sent the mercury past 100 degrees – so hot that the sap that oozed from the fresh pine stands melted onto people’s clothes – Dempsey spent the first 85 seconds either moving to and fro at long range, being smothered by Willard’s clinches or missing his scorching hooks and right hands. Dempsey then changed the course of history with one crunching, jaw-breaking hook.

That hook came at the end of a four-punch combination and upon impact the giant crashed to the floor. Over the final 95 seconds Dempsey, who was wearing skin-tight five-ounce gloves, inflicted horrific bone-busting punishment that would affect Willard for the rest of his life. Not only did Dempsey’s first hook break Willard’s jaw, the ensuing attack – which included seven knockdowns – also reportedly produced multiple facial fractures, several broken ribs and hearing loss in one ear. 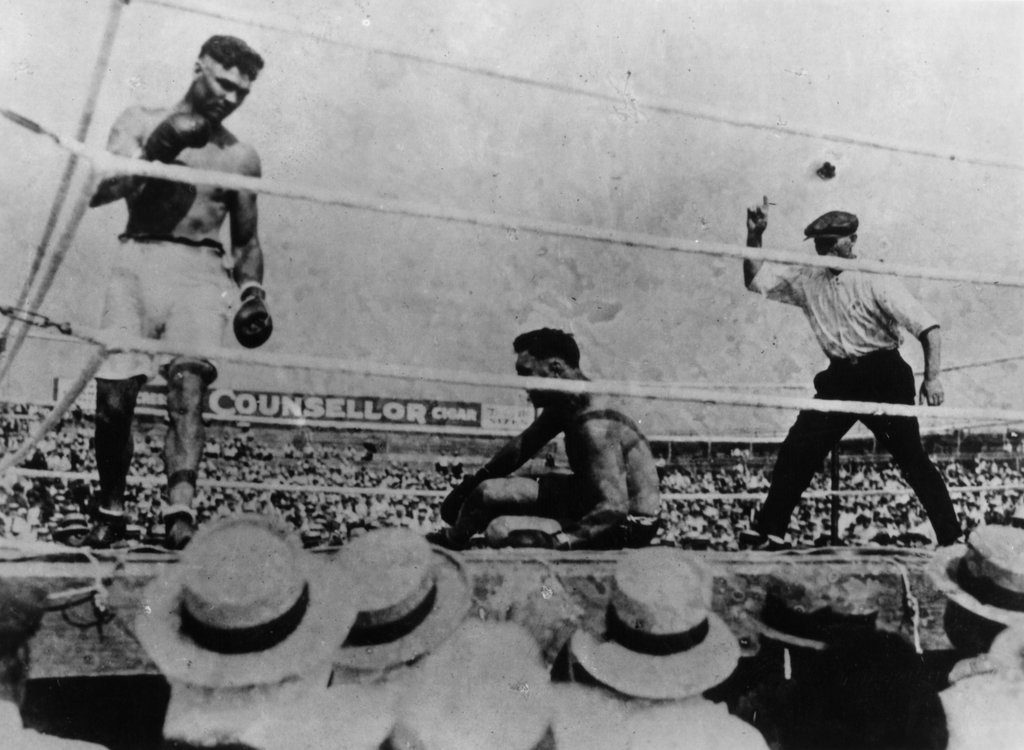 As he scored knockdown after knockdown Dempsey stood over the champion – there was no neutral corner rule at the time – and slugged him the moment his gloves left the canvas. A crushing series of rights – the first to the ribs and the next two to the face – produced the final knockdown of Willard’s personal hell. It was first thought the fight was over but somewhere underneath the din the military whistle used the signal the beginning and end of rounds had sounded.

Dempsey, thinking he had already won the title, had left the ring but once it was discovered the fight was still on, manager Kearns, now $10,000 poorer due to his failed bet, yelled for his fighter to get back in the ring and fight lest he be disqualified. Because Dempsey was still fighting his way through the crowd exactly 60 seconds after the first round ended, Willard should have been awarded the fight. However, Willard’s corner didn’t protest and thus the fight went on.

Despite his multiple injuries, the rugged Willard continued to fight for two more rounds. While Dempsey failed to score another knockdown, he piled on enough punishment for Willard to finally reach his breaking point. Between rounds three and four the proud giant finally surrendered the title on his stool, the first heavyweight champion to give up his title in that manner. Given his injuries, his action was more than excusable.

Dempsey’s tigerish attack caused an instant sensation and for the next seven years the Mauler built a legend unlike any that had been created to that point. As mentioned previously, Dempsey’s fight with Georges Carpentier produced the sport’s first million-dollar gate and his bouts with Luis Firpo, Jack Sharkey and Gene Tunney (twice) also created seven-figure grosses. He was both reviled and revered and in the end he was a hero of unsurpassed stature. There is no doubt, however, that the starting point of the Dempsey legend began on a steaming July 4 day in Toledo, Ohio where his unique brand of fireworks ignited a legacy for all time.