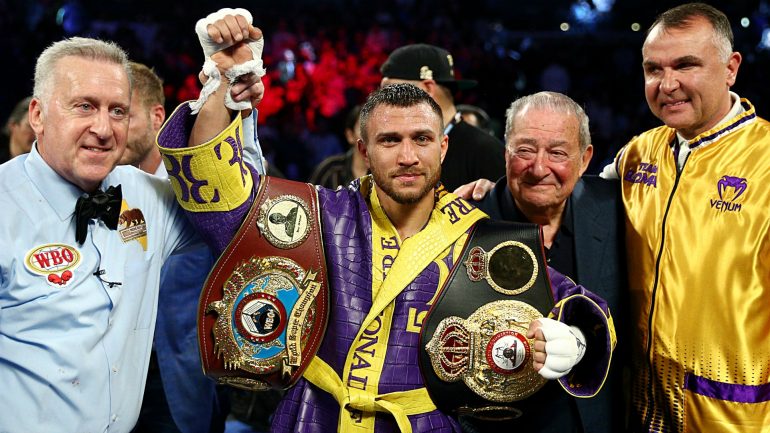 Vasiliy Lomachenko will try to add to his belt collection later this summer.

Lomachenko, the WBA and WBO lightweight champion, will fight Luke Campbell for the vacant WBC title on Aug. 31 in Campbell’s native United Kingdom, it was announced Tuesday.

Lomachenko (13-1, 10 KOs) had been itching to fight Mikey Garcia for the WBC crown, but Garcia vacated the title in April to explore fights at welterweight. He’ll get Campbell, the former WBC (Silver) and Continental lightweight champion, instead.

Lomachenko is coming off a fourth-round knockout of Anthony Crolla last April in Los Angeles. Crolla stepped in to challenge the champion after IBF champion Richard Commey was ruled out because of an injury.