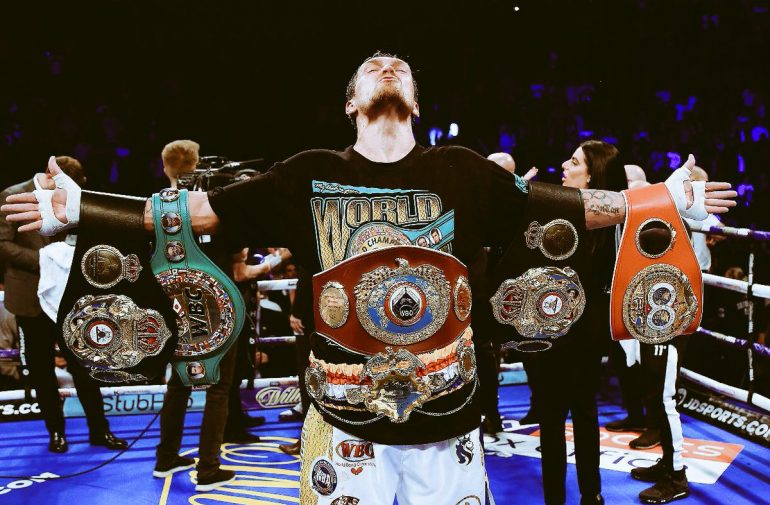 Undefeated former undisputed cruiserweight champion Aleksandr Usyk is in position to face the winner of the Andy Ruiz-Anthony Joshua rematch, but is he ready for the top heavyweights?
24
Jun
by Francisco Salazar

Aleksandr Usyk has a guaranteed heavyweight title fight even though he has yet to throw a punch in the division.

The World Boxing Organization (WBO) Championship Committee designated Usyk as the mandatory challenger to its heavyweight title over the weekend. The sanctioning body also announced that the winner of the upcoming rematch between titleholder Andy Ruiz and Anthony Joshua, who will square off in October or November, must face Usyk.

The ruling was issued upon a petition filed on June 3 by John Hornewer (Esq.) on behalf of Usyk. The ruling also is in conjunction with WBO bylaws, in which world titleholders who move up in weight and are labeled “super champions” can become mandatory challengers.

Prior to the ruling by the WBO, Dillian Whyte was the mandatory challenger. No word if he will move down a spot or where he will be ranked among the top-10.

The 32-year-old Usyk was scheduled to make his heavyweight debut against Carlos Takam on May 25, at the MGM National Harbor in Oxon Hill, Maryland, but had to withdraw from the fight due to a biceps injury.

Usyk is managed by Egis Klimas and has a co-promotional deal with Matchroom Boxing.