Ivana Habazin: ‘Every human being has weaknesses. Claressa Shields is no exception to the rule’ 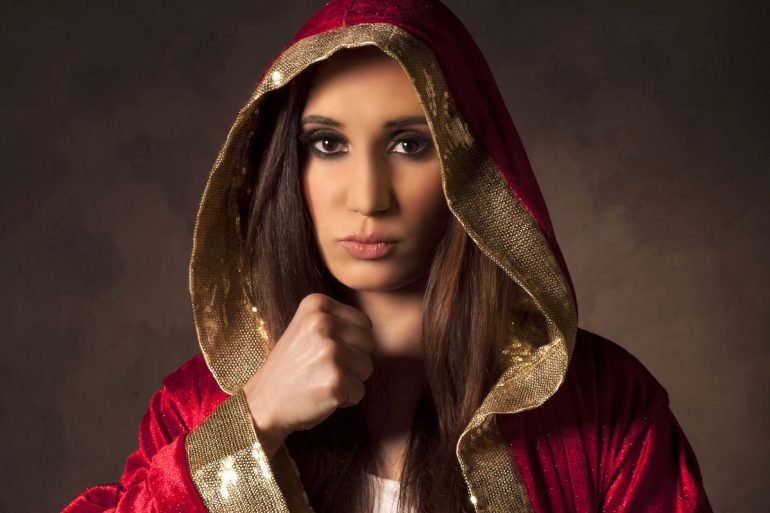 She is a severe underdog as a good number of foes for Claressa Shields will be.

But the vapors of the Andy Ruiz win should last a spell, so 29-year-old Croatian Ivana Habazin can coast on that fuel of optimism for a bit longer, perhaps up until her Aug. 17 faceoff against the Michigan Olympian turned title collector.

Habazin owns an enviable record (20-3) but hasn’t been in with anyone in the neighborhood of Shields, save for the time she battled Cecilia Braekhus (and lost a UD 10 in 2014).

Still, fans will want to know more about the fighter from Croatia, if for no other reason to be in the know if she manages to flip that script in Flint and on Showtime.

Ivana answered some queries via email for me in between workouts.

First off, I asked about fighting in America, in Shields’ neck of the woods. Is that off putting?

“Fighting in America will be a great honor,” Habazin said. “America is the mecca of boxing and the home of a lot of history’s greatest boxers. My plan is to write a history. I will stand in front of Claressa Shields and there is no better place for victory than her hometown. I know that all facts are on her side, and if I want to win I must knock her out, I am working on it, so soon we will find out what is gonna happen.”

And, does she believe she has to go for that KO, because she is the outsider coming into the hero’s lair?

“I take every fight seriously. I never go to the ring just to do the fight; I am always looking for victory. So, fighting in Europe, Croatia or America is not so different, because at the end of the day the ring is the place where I feel like at home, and there is no one else in the ring but me, the referee and person that I am fighting.”

She hasn’t fought A or even B-listers across the board. Has she been prepped for someone like Shields?

I asked for a description of Ivana’s fighting style:

And how and where and why did Ivana get into boxing?

“I started boxing when I was 19 years old. One night I was watching Rocky and at one moment something came to my mind, like a voice that told me, ‘You should start boxing, you’ll be a world champion.’ Then I said to myself ‘Are you crazy, you don’t even know if there is any female boxer in Croatia?’… then I heard that voice again telling me that I’ll be a world champion…and I said to myself, ‘OK, I’ll be a world champion,’ and that’s how I started. I went to the gym three times a week, just for fun and after a year I turned pro. My path wasn’t easy, and I wanted to quit a few times, but I told myself, ‘If you want to be a champion you need to swim across all this shit sea.’”

Habazin continued to share her start in the sweet science.

“I never had big background, I never had promoter, in my first eight years as a boxer I was without any sponsor. I had help only from my family and friends. My family took out credit in the bank a couple of times, even my grandmother did, so I could train, eat and follow my dream.”

She flashed back even further…

“When I was eight months old my father died, this really was tough for me. I think that has affected me, cause when I was a little girl I could get really pissed off about a lot of stuff. As a child I was poor, but my mother made sure that my brother and I always got enough, my mother always found a way to give us what we wanted and needed. We used to be happy with small things and that definitely made me stronger. I moved out of my house when I was 14. I moved to the capital, I finished high school there and I went to university. But you know God always had a big plan for us. Maybe I lost my father as God’s test to be stronger. I left my home very early but God gave me one more family and that’s where real fortune is. I didn’t have money and place to stay and people named Domagoj and Daniela opened their home for me, they accepted me like as if I were their own child, they never made difference between me and their own children, for me they are a mother and a father. So, they invested the most in my career, and if God didn’t send them to me, I’d never be in the place that I’m in now. But you know, maybe I was unhappy with some stuff in my life, maybe for someone my titles and achievements seems like they are nothing big, maybe I dreamed about all titles, but I am sure for one thing, there is nothing what can make you happier than having family together, in my case both of my families.”

I confess, I didn’t know much about boxing in Croatia, I knew of some basketball players from there. Habazin spoke on her nation, and the hard climb to get here, to fighting the 9-0 Shields, who is promoted by Salita Promotions.

“My country never supported me, and at one time of my career I was without money for an apartment or food, so I lived one year in the boxing gym, underground, without windows and sunlight. It was really tough, I was desperate, but I said to myself, ‘You’ll be world champion again so fuck this situation.’ After this struggle came another one – I got sick. I felt very, very bad. I didn’t know what was wrong, my body was empty, without power, I was tired all the time, my heart was beating in a crazy way, I was sweating at all time. I couldn’t work on pads more than a minute. I decided to visit a doctor, he told me I had a chronic problem with my thyroid. The doctor said if you want to box again the best option you’ve got is surgery, so I had my thyroid taken out in 2017. Recovery was long. I needed more than one year to get back on track. But I did it, and I’ve never doubted in myself.”

Habazin last gloved up on Dec. 8, 2018, getting a UD 10 win over 14-14 Eva Bajic in Croatia. “My dream was to become a world champion and I became a world champion, twice (IBF welterweight and IBO middleweight crowns). Now, I want to become the best female boxer ever. I want to give something for all kids, who think that they don’t have a chance in life and everything is against them. I’ll show them and I’ll show every single person that dedication, discipline, self-belief and faith can beat any problem. As tough at it seems, I’ll show the world how strong my faith is, and that with God everything is possible!”

She had me believing a bit more, so I asked for her prediction, Shields vs. Habazin, with Shields going for a strap in her third weight class, junior middleweight, on Aug. 17.

“I predict that I am going to win,” Habazin said in closing. “What did you expect for me to say, something different?” She LOL’d and that was that….

A Habazin win over Shields wouldn’t surpass Ruiz’ over AJ, but to her it would, right? Readers, any of you going out on the limb and predicting that Ivana hands Claressa her first loss as a pro? If yes, say so in the comments section.