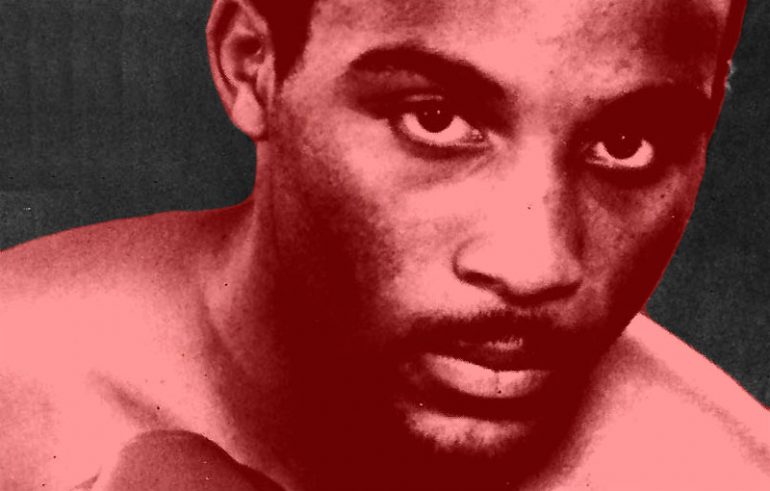 James “Buddy” McGirt was a two-weight world champion in the late 1980-early 90s. He fought some of the best fighters of his generation over 80 pro bouts and is now a world-class trainer.

McGirt was born in Brentwood, a hamlet in Long Island, New York on January 17, 1964. He was one of six children and his parents were separated. His elder brother kept him away from the vices of the streets, in particular the notorious La Placita shopping center.

“Everyone hung out there; the pimps, drug dealers,” McGirt told The Ring. “If I was hanging out there my brother would tell me, ‘You’ve got exactly two minutes to get off the block.’ I’d get on my bike and leave.”

McGirt was a good amateur and focused on school. He graduated and looked to go to college and study business. However, he received some life changing news that curtailed those plans.

“My girlfriend got pregnant,” McGirt said. “So I figured if I turn pro, I’ll get rich overnight . . . that was a lie [laughs]”

He exited the amateur game with a 54-9 record and turned to the paid ranks in March 1982. After drawing his pro debut, he won his next 28 bouts to set up his most significant challenge to date against fellow unbeaten fighter Frankie Warren. McGirt was outpointed over 10 rounds.

Undeterred, the young contender continued to hone his skills over the next 18 months, staying active before facing Warren in a rematch, this time for the vacant IBF junior welterweight title. McGirt was ahead on the cards but closed the show midway through the 12th round.

In his first two defenses, McGirt faced off against two Olympic gold medalists with contrasting results. He stopped Howard Davis Jr. in a single round before being stopped by Meldrick Taylor in the 12th.

The crafty boxer-puncher pieced his career back together over the next three years, winning all 16 fights to set up a meeting with WBC and lineal welterweight champion Simon Brown.

“I was in such a zone for that fight I couldn’t tell you if he was strong or he could punch, nothing mattered that night,” recalled McGirt. “Everyone says my best performance was against Simon Brown, but I believe my best win was against Frankie Warren.”

He made three successful defenses, including one in Italy against the underrated Patrizio Oliva. But unfortunately for McGirt his career intersected with one of the all-time greats, Pernell Whitaker. To make matters worse he injured his left rotator cuff a few months prior to their fight, which he lost by unanimous decision. 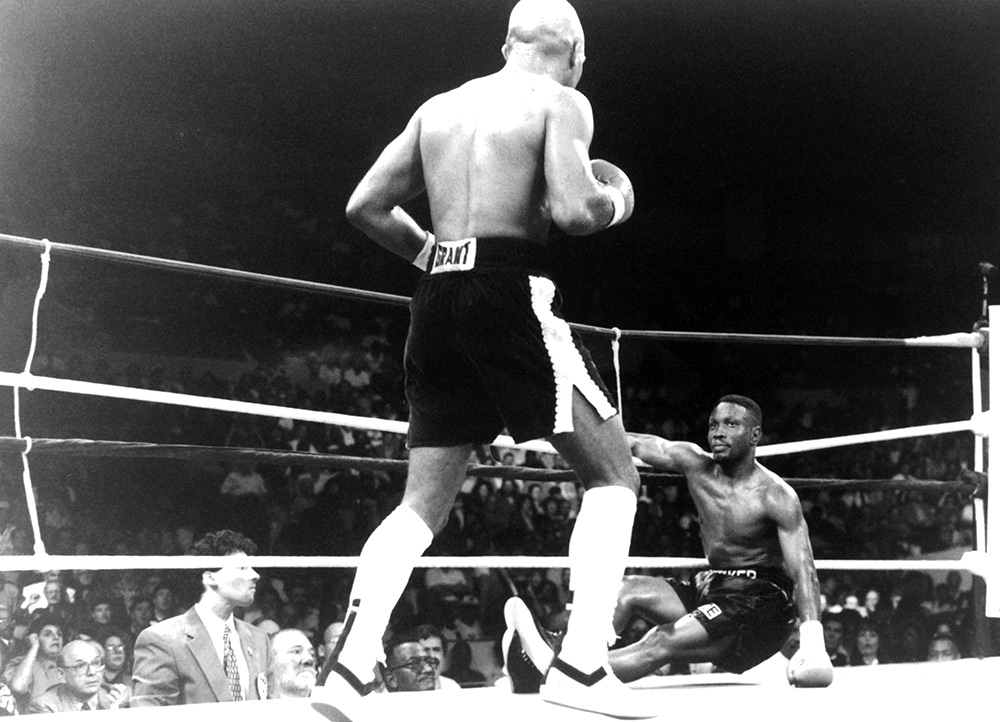 Buddy McGirt drops Pernell Whitaker in their rematch. Photo from The Ring archive

McGirt won five fights over the next 18 months to earn a rematch with Whitaker who bested him on points once again.

The gutsy New Yorker stuck around for a few more years but never contested a world title bout again. Days after he turned 33, McGirt retired from boxing after dropping a unanimous decision to Darren Maciunski. He walked away with an excellent record of 73-6-1 (48 knockouts).

Unlike many boxers, McGirt knew where his future lay, it was something he had long prepared for.

“I started boxing January 17, 1976, my 12th birthday, and the very next day I wanted to be a trainer instead of a fighter,” he said. “The mid-part of my career, after a fight, I would go home and train amateur boxing in my spare time.”

In 1996 he began to make overtures towards becoming a trainer before retiring a year later. Since then he hasn’t looked back working with the likes of Antonio Tarver, Vernon Forrest, Paulie Malignaggi and Arturo Gatti.

McGirt was in the corner of Tarver the night he knocked out Roy Jones Jr., for Gatti’s trilogy with Micky Ward and, more recently, Sergey Kovalev’s rematch win over Eleider Alvarez.

“Being a part of [the Gatti-Ward trilogy], the crowd going crazy for both guys and you get chills, you’re like, ‘Holy shit!”‘ said the former two-weight world champion.

McGirt, 55, has been married for 30 years and has eight children. He currently lives in Vero Beach, Florida where he works with several fighters.

He graciously agreed to speak to The Ring about the best he faced in 10 key categories.

BEST JAB
Pat Coleman: It’s a pick between two guys, Saoul Mamby and Pat Coleman. When Mamby jabbed he had a sort of half open glove, it was just annoying, he could hit you from different angles because he had so much experience. Coleman had that stinging jab, it was a jab you had to think about, you couldn’t just walk through it. I’m going to go with Pat Coleman.

BEST DEFENSE
Pernell Whitaker: Pernell had natural ability and his natural ability along with Georgie Benton’s teachings made him better and harder for everybody else to hit him. It’s very deceiving because he’d be right there one minute, and when you punched he didn’t go anywhere, he stays there. He just had this natural instinct of going with the punches and catching them.

FASTEST HANDS
Meldrick Taylor: He didn’t have the best defense but his handspeed was so fast that you thought you were surrounded [laughs]!

BEST FOOTWORK
Whitaker: That’s an interesting question. Even though Frankie Warren was a pressure fighter, his foot movement was really good especially on the inside, he would get inside and give me different angles. He’d be right in your face quick, his balance was perfect. Pernell didn’t move much, he’d stand in front of you and turn you around. From that southpaw stance he was phenomenal, he could turn you and slip, he could get under the shots and still be in the same place; his balance was great. He had it down to a tee.

BEST CHIN
Frankie Warren: When we fought the second time, I hit him with shots that would have knocked anybody else out. Some of the shots I hit him with I put my ass into [laughs]. He wouldn’t go anywhere, even though I knocked him down, he was just in my ass constantly. I had nightmares about him for about two months after the fight!

SMARTEST
Saoul Mamby: He was very tricky. I hit him with a shot, a good right, I saw his legs buckle and I’m going in for the kill. I thought I’d be the first one to stop him, when I threw a right hand he slipped and hit me with a left hook to the liver. I’ve never in my life been hit like that to the liver. When we got into a clinch he told me to slow my young ass down [laughs].

STRONGEST
Warren: Frankie Warren and Vincent Releford. If I had to pick, I’d go with Frankie Warren. He was short, he’s an ex-football player and was on me so much you felt you were fighting two people.

BEST PUNCHER
Vincent Releford: He could just punch, he could punch with both hands. He hit me with a body shot and I felt it in my nasal passage but didn’t go down. I went down against Tony Baltazar, and for seven rounds I didn’t know where I was or who I was fighting. When I looked up it was Round 9 and I said to my manager, ‘How did we get to round nine?’ He said, ‘Keep doing what you’re doing.’ I said, ‘What’s that?’ He said, “Keep boxing.’ I won every round after I got knocked down but I don’t remember anything from the fight to this day.

BEST OVERALL
Whitaker: Pernell, believe it or not he was a helluva body puncher. I give credit where credit is due, and he was the best.