Teofimo Lopez and Masayoshi Nakatani to clash on July 19 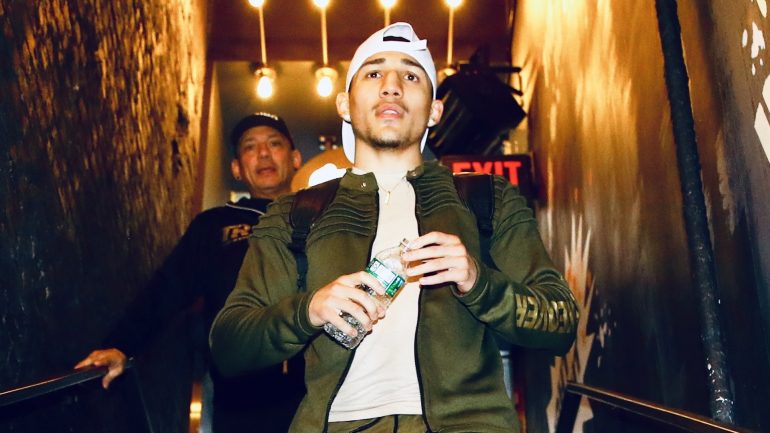 The lightweight title eliminator between Teofimo Lopez and Masayoshi Nakatani has been finalized for July 19, Top Rank announced Tuesday afternoon.

The 12-round bout will take place at MGM National Harbor in Oxon Hill, Maryland. The fight will follow the junior welterweight title eliminator between Maxim Dadashev and Subriel Matias.

Lopez (13-0, 11 knockouts) has had an extraordinary rise from prospect to contender over the last year. Lopez, who represented Honduras at the 2016 Olympic Games, in Rio de Janeiro, has been known for his improved skill-set, one-punch power and post-fight celebrations, which include popular Fortnite dances.

In his most recent bout on April 20, in New York City, Lopez knocked out Finland’s Edis Tatli in round five. Lopez scored a highlight-reel knockout win over former two-division world title challenger Diego Magdaleno on February 2 in Frisco, Texas. 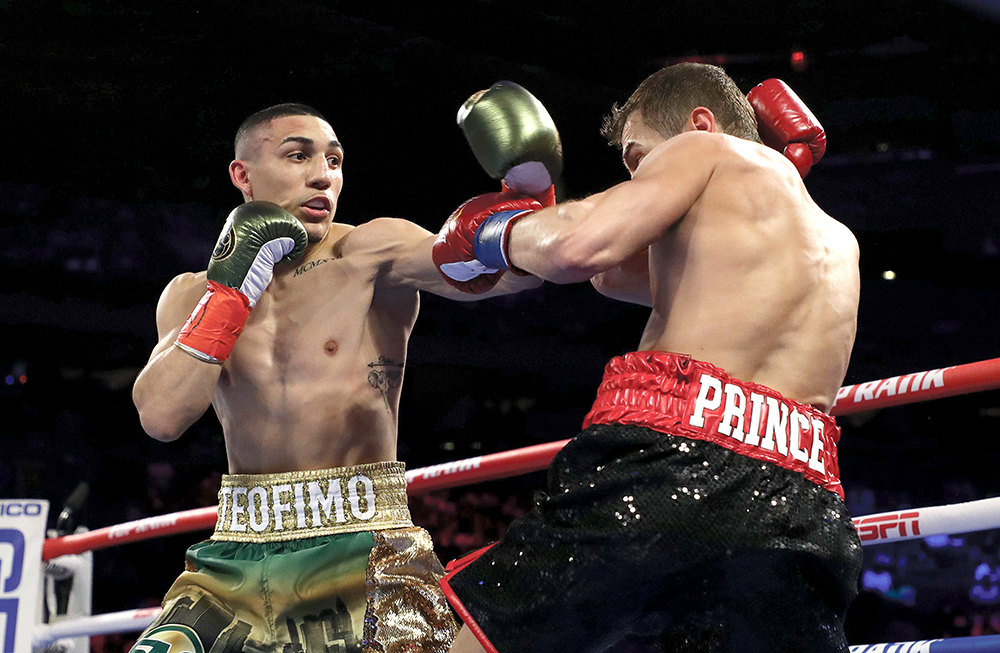 Lightweight Teofimo Lopez (left) has been tagged as a potentially dangerous opponent for Vasiliy Lomachenko with wins like his fifth round knockout of Edis Tatli. Photo credit: Getty Images

Lopez and Nakatani will square off to become the mandatory challenger for the IBF title, which is currently held by Richard Commey of Ghana. Commey will defend his title against Ray Beltran on June 28 in Temecula, California, with the winner of the fight mandated to face the winner of Lopez, ranked No. 4 by the IBF, and Nakatani, ranked No. 3.

“I’m excited to come back, especially for my first headlining bout, one of many to come,” said Lopez, who is managed by David McWater. “After Nakatani, you will see me face the winner of Commey and Beltran. If you think you’ve seen it all, you haven’t. My goal is to be a worldwide star and Nakatani is not going to stop me. Expect another badass knockout and, rest assured, I have something special planned for the celebration.

“For this fight, I am going to be in the best shape of my career. ‘The Takeover’ is coming July 19 to MGM National Harbor.”

Nakatani (18-0, 12 KOs) will be fighting for the first time outside of Japan. In his most recent bout on December 9, Nakatani stopped Hurricane Futa in the fourth round.

The 29-year-old Nakatani has displayed more power in recent fights, having stopped seven of his last eight opponents.

Dadashev and Matias will square off to become the mandatory challenger for the IBF junior welterweight title, currently held by Josh Taylor.

Dadashev (13-0, 13 KOs), who is originally from Russia and now lives and trains in Oxnard, California, last fought on March 23, knocking out Ricky Sismundo, of the Philippines, in round four in Costa Mesa, California. 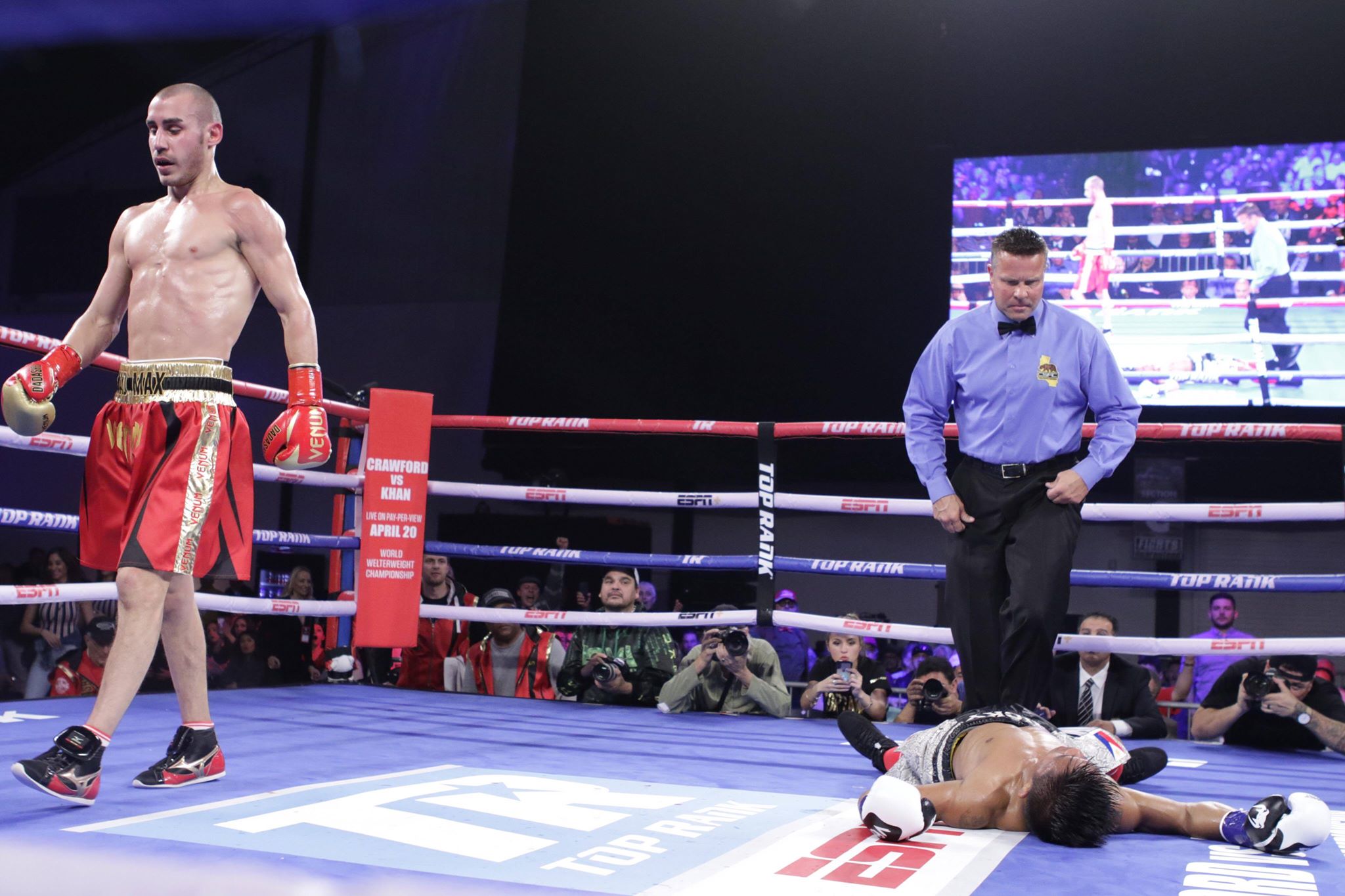 The 28-year-old Dadashev, who is ranked No. 4 by the IBF, also has victories over former lightweight titleholder Antonio DeMarco and contender Darleys Perez.

“It doesn’t matter who I fight or where I fight,” said Dadashev, who is managed by Egis Klimas. “I am looking forward to the opportunity in front of me. Matias is a dangerous fighter but I am ready for whatever he brings. I have fought every kind of style as an amateur and a professional and all of my experiences have led me to this fight.”

Matias (13-0, 13 KOs) stopped Wilberth Lopez in round six of his most recent bout, on March 2, in his hometown of Fajardo, Puerto Rico. The 27-year-old Matias, a southpaw, stopped former lightweight contender Fernando Saucedo in his previous fight on October 27.

Matias is ranked No. 9 by the IBF.

Both fighters have won their two most recent bouts.