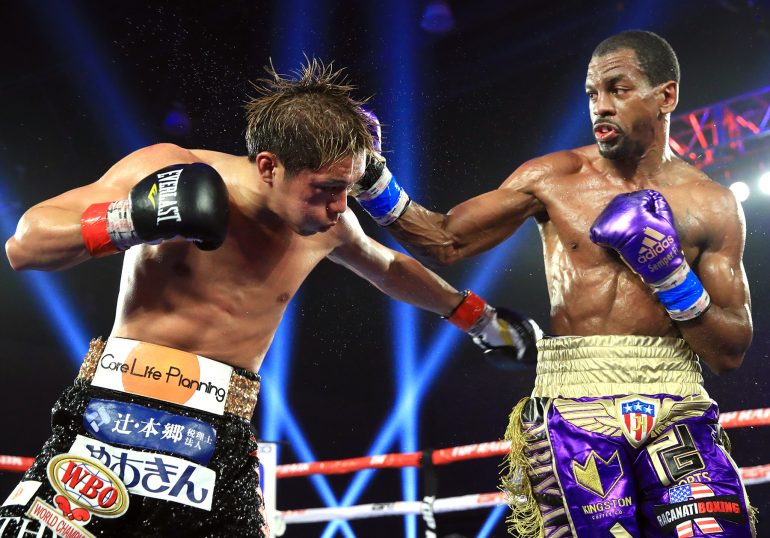 Less than two years ago, Jamel Herring’s career looked done after suffering his second loss as a pro to Ladarius Miller.

After signing a promotional deal with Top Rank, he rebuilt his career and teamed up with pound-for-pound elite Terence Crawford. On Saturday night, Herring fulfilled his goal of becoming a world titleholder.

Herring outboxed Masayuki Ito to win by unanimous decision before a sold-out crowd of 2,912 at the Osceola Heritage Center in Kissimmee, Florida.

It was a long road for Herring, which included fighting on preliminary undercards over the last year or so. Herring entered the Ito fight having won his previous three fights.

Ito, who was attempting to make the second title defense of the WBO title he won on July 28,  was the aggressor from the opening bell during the first three rounds, but fought in spurts in hopes of connecting with overhand right hands to the head. 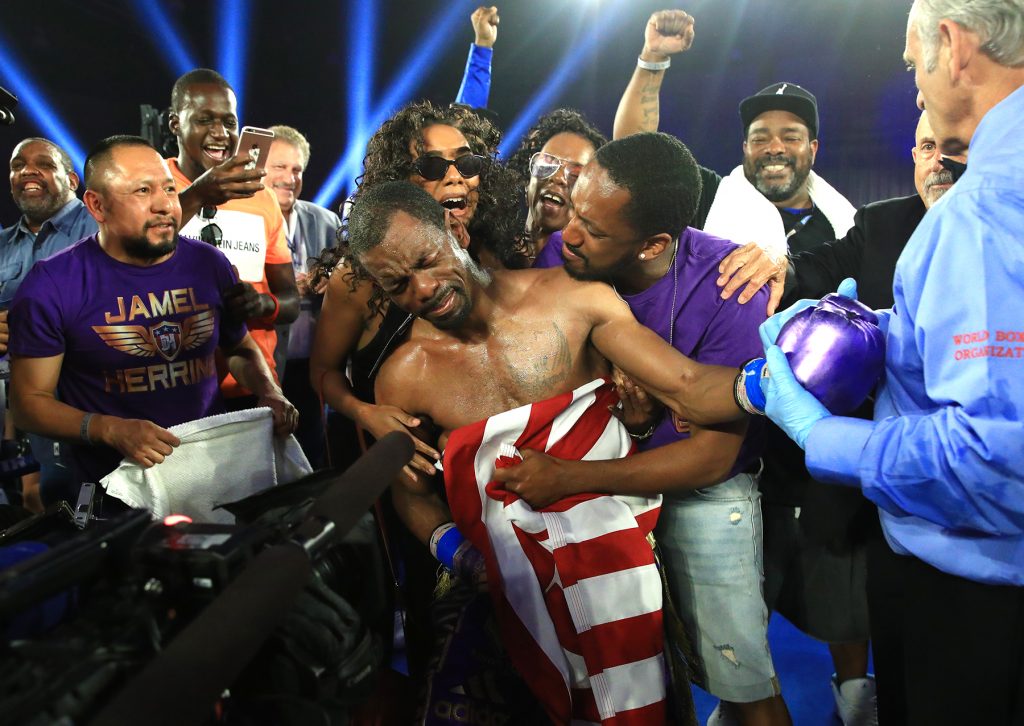 By the fourth round, the southpaw Herring was effective in making Ito miss and countering with right hooks to the head. Herring was the more-effective fighter by the midway point of the fight, outboxing Ito from distance.

Both fighters showed their fatigue by the ninth round. Sensing he was down in the fight, Ito closed the distance between the two fighters, letting his hands go and connecting with right hands to the head.

Herring got a second wind in round 10, effectively outboxing Ito and keeping his distance. It looked as though Herring scored a knockdown midway through round 11, but referee Frank Gentile ruled Ito had been cuffed behind the head and dragged down.

Herring dedicated the fight in the memory of his daughter, Ariyanah.

“I want to dedicate this fight to my daughter, Ariyanah, who passed away from SIDS (Sudden Infant Death Syndrome),” said an emotional Herring after the fight. “Tonight would have been her 10th birthday, and I dedicate this title to her.”

“Ito was a tough competitor, but I always believed I could win a world title. This is a dream come true, and to do this on Memorial Day weekend makes it even sweeter. I am willing to fight all the champions. It doesn’t matter.”

The final moments of this World Title Fight. Who do you have winning?#ItoHerring | @ESPN pic.twitter.com/hgxpMc4UzA

“When we signed Jamel, a lot of people had their doubts, but he showed the heart of a world champion,” said Top Rank chairman Bob Arum. “He’s a true Marine and an American hero. We are so proud of what this young man has accomplished.”

In the co-feature bout, lightweight contender and former two-division world titleholder Jose Pedraza stopped Antonio Lozada in the ninth round.

The clash was a crossroads bout with the winner likely getting an opportunity to fight any of the world titleholders at 135 pounds.

The taller Lozada was the aggressor throughout much of the fight. Lozada did get in an occasional hook or cross, but the quicker and more-technical Pedraza easily countered with combinations to the head and body.

As the bout progressed, Lozada began to tire. Sensing the fatigue on Lozada, Pedraza began to connect with more regularity to the body. The tactic worked as Lozada began to look worse for wear, with bruising on his face.

With about a minute left in the ninth round, Pedraza dropped Lozada with a counter left hook to the head. Lozada did beat the count, but Pedraza battered him against the ropes, prompting Lozada’s corner to throw in the towel. Referee Telis Assimenios stopped the bout at 2:34.

“Lozada was a tough opponent who came to fight with all of his heart,” said Pedraza, who resides in Cidra, Puerto Rico. “He was a great test for me, and I passed it with flying colors.”