Sho Kimura: ‘I’m willing to exchange punches with Carlos Canizales, if he isn’t scared to engage’ 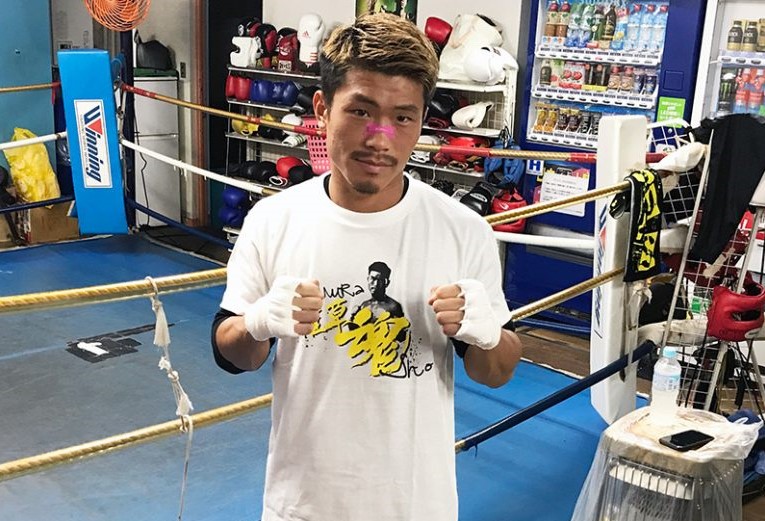 Photo by Masa Ueda
24
May
by Nick Skok

Sho Kimura returns to China, where he won his first and only world title nearly two years ago, for a 12-round junior flyweight showdown against Carlos Canizales in Fuzhou on Sunday.

Kimura, currently rated No. 6 by The Ring at 112 pounds. scored an impressive TKO upset against Chinese boxing superstar Zou Shiming in July 2017, stopping him in the 11th round and winning the WBO flyweight title in the process. After two successful defenses, Kimura would engage in a war with countryman Kosei Tanaka and came up short on a majority decision loss.

Unable to secure the rematch due to low interest from the victor, Kimura rebounded with a comeback fight last March, also in China. The rust shaker came against a rugged and experienced Thai fighter by the name of Wicha Phulaikhao and Kimura’s third round knockout of an opponent who’s been in against former Ring champion Hekkie Budler and Masahiro Sakamoto, was just the type of confidence builder he needed. Now, just two months later, Kimura is fighting for a secondary (WBA) junior flyweight title and he hopes victory will propel him to bigger and better fights.

His opponent is a young and undefeated Venezuelan with a record of 21-0-1 (17 knockouts) and he is no slouch. The twenty-six year old Canizales fought to a draw in his only true title shot against former Ring champion Ryoichi Taguchi. Owner of an 81-percent knockout ratio, you can bet Canizales will press Kimura (18-2-2, 11 KOs) in the ring and engage steadily. 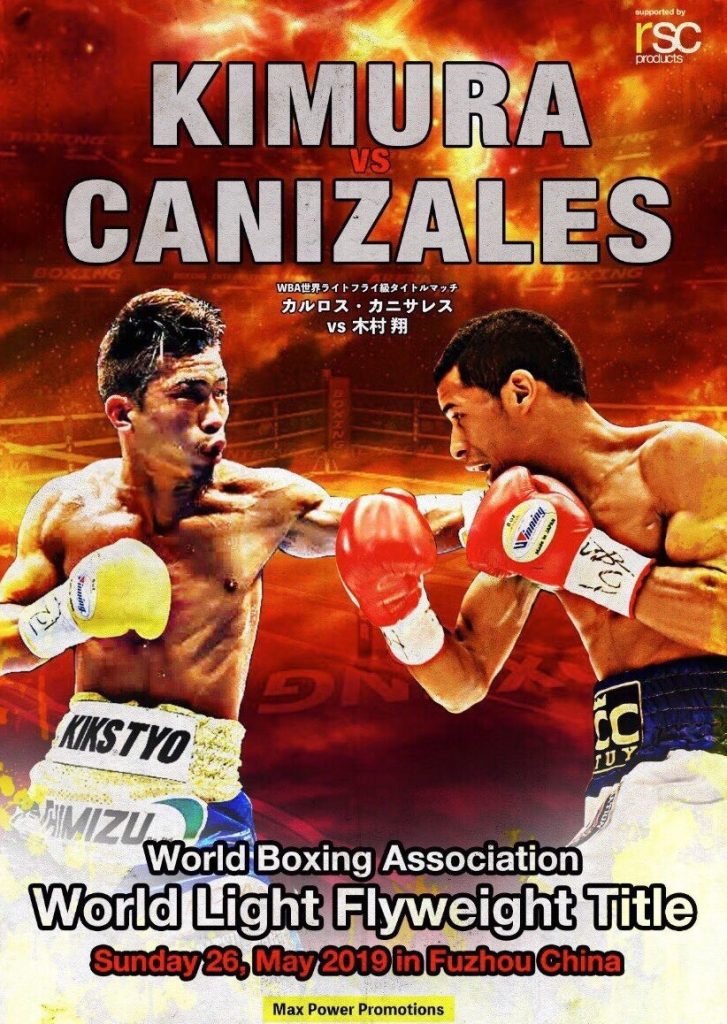 While it’s not Japan, Kimura will be the fighting favorite in the eyes of the fans who took to him after his gutsy performance against Shiming. In fact, Kimura also defended his flyweight title against Froilan Saludar in China with another crowd-pleasing knockout. This came hot on the heels of securing top billing in the coveted New Year’s Eve time slot at home in Tokyo for his first title defense against former Olympian Toshiyuki Igarashi in what turned out to be a bloody war. Defeating two well-known Asian boxing Olympians in a row got Kimura the kind of shine his day job as a liquor-delivery driver couldn’t muster.

The Ring: How does it feel to be returning to China for another fight?

Sho Kimura: In 2017 I got my title in China. I feel special about returning again and have formed a bond with this country. Right now I’m really appreciative for being able to fight for the world title in China again.

The Ring: You’ve found success and a unique fan base from fighting abroad. Do you think that your story could motivate more Japanese fighters to follow in your footsteps?

The Ring: You looked very strong in your training when I visited you at Aoki Gym. How has this camp been?

Kimura: I really feel great right now. The camp I went to in Thailand really helped me in many ways, training in a 40° (104°F) environment is not easy, but now I can really move easily for 12 rounds, so I feel physically and mentally stronger.

The Ring: Carlos Canizales has a very high knockout ratio, so we can expect him to be aggressive. We know you match up well with this style. Should fans be ready for another Kimura war?

Kimura: Everyone will see me moving forward and not back. I’m willing to exchange punches with the champ, if he isn’t scared to engage.

The Ring: With the exception of Ryoichi Taguchi, and maybe Reiya Konishi, your opponent hasn’t faced the same level of competition as you have. Do you think your experience will be the deciding factor of the fight?

Kimura: I was the flyweight champion before and have fought a lot of tough opponents. I will use that experience and pride of fighting those tough opponents to fight the champ, so yes.

The Ring: Is this fight a ‘do or die’ scenario for your career?

Kimura: I always think every one of my fights could be the last fight, so I work hard each time to continue my career.

The Ring: As a former champion at the age of 30, you’ve accomplished a lot. What was your biggest motivation to make another run at the title?

Kimura: My motivation is just to become a world champion again and to have the belt with me after the fight.

The Ring: You recently shared your gym with IBF flyweight champion Moruti Mthalane. What was it like having him training there and is he someone you’d aim to fight in the future?

Kimura: I felt that Moruti is really good in many parts, not just his defense but his jab as well. His left hook was incredible [against Kuroda]. If there’s a chance to fight him then I really want to.

The Ring: Do you have a message for your opponent?

Kimura: Let’s make this title match a great fight that the whole world will remember us for.

The WBA will stream the bout live on their official website.

Editor’s Note: Canizales will be defending a version of the WBA junior flyweight title that is unrecognized by The Ring. Hiroto Kyoguchi is the WBA titleholder at 108 pounds.